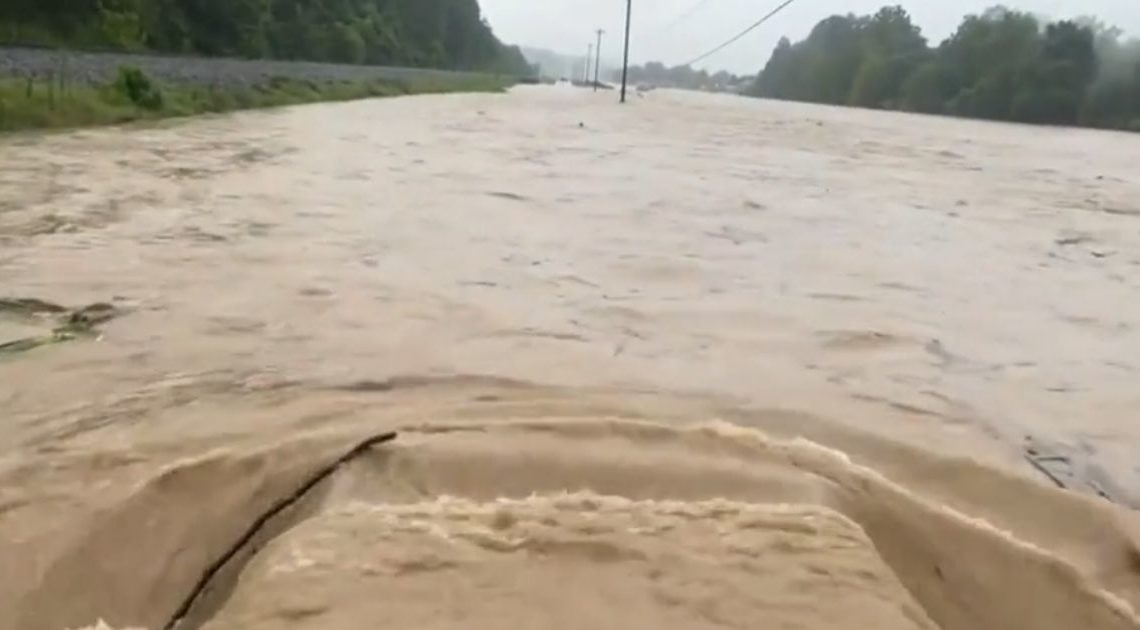 The floods which struck Tennessee claimed many lives and destroyed a huge number of houses and properties.

Despite the terrifying road conditions, a man named Tyler Stanley started his car and went to check on his daughter who was affected by the rising water. He took his mother with him and hoped he would reach his girl on time. As they were driving along the train tracks, which were elevated above the water, they spotted an elderly couple and their three dogs stuck inside a nearly submerged truck.

Although he was in a rush to get to his daughter’s place, Stanley was aware that time was running out for the couple, and in case he didn’t stop and try to save them, they could easily drown.

Bonnie and Doug Whitfield, 71, noticed Stanley stopping his car. They felt relieved knowing they were now standing a chance to be saved.

Stanley threw a rope towards Bonnie and Doug and told them to hold onto it and let the current drag them near him. It was then when he managed to pull them to safety. The three pups were rescued too.

“My goodness, this guy — you know, he stopped to help us when he was trying to find his children, you know,” Doug recalled. “He was, he — he was on a mission, a, a dire mission himself, you know.”

After the successful rescue mission, Stanley managed to locate his daughter, and they were all able to get home safely.

As for Bonnie and Doug, all of their 12 properties were completely flooded and destroyed, but they were lucky to be alive. Their children got into contact with Stanley and thanked him for saving their parents from certain death. They told him that they consider him family now and will be sending Christmas presents every year.