Lost Tabby Is Found At Nearby Store Helping Himself to Catnip Products! 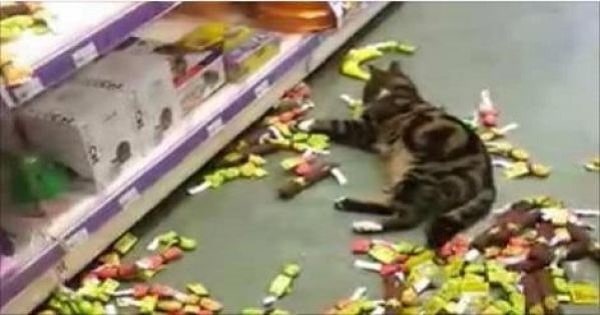 A tabby cat who was actually believed to be lost was probably a lot more lost than his human thought he was. Only, not lost in the form of “can’t find him.” More like gone … on a binge! According to YouTuber SensualCat, this adorable cat wandered by himself into the store “by accident” and “had the time of his life rolling around in catnip products.”

We are thinking the feline simply entered the store and went on a hunt for “all things cat,” and ended up striking the mother lode … OF CATNIP! Trespassing, theft and drug possession. It’s kind of a good thing for the cat the store manager decided not to “pur-ess” formal charges!