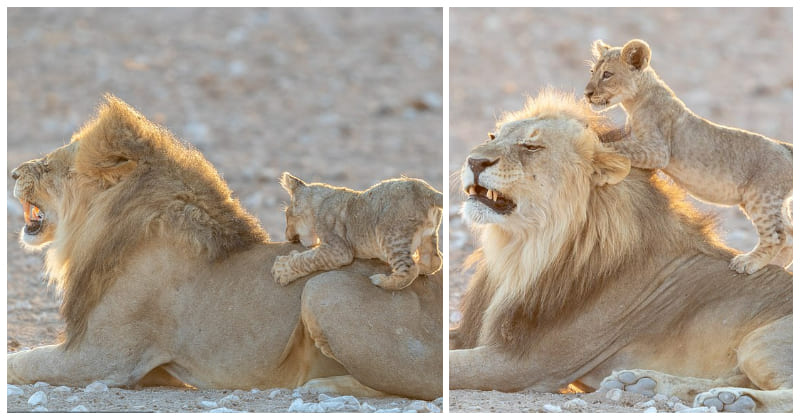 When lion cubs are born, their mothers often keep them away from male lions (including their fathers) because they might hurt them. This cub, however, bravely comes to his massive dad, and without fear challenges him in a small fight. 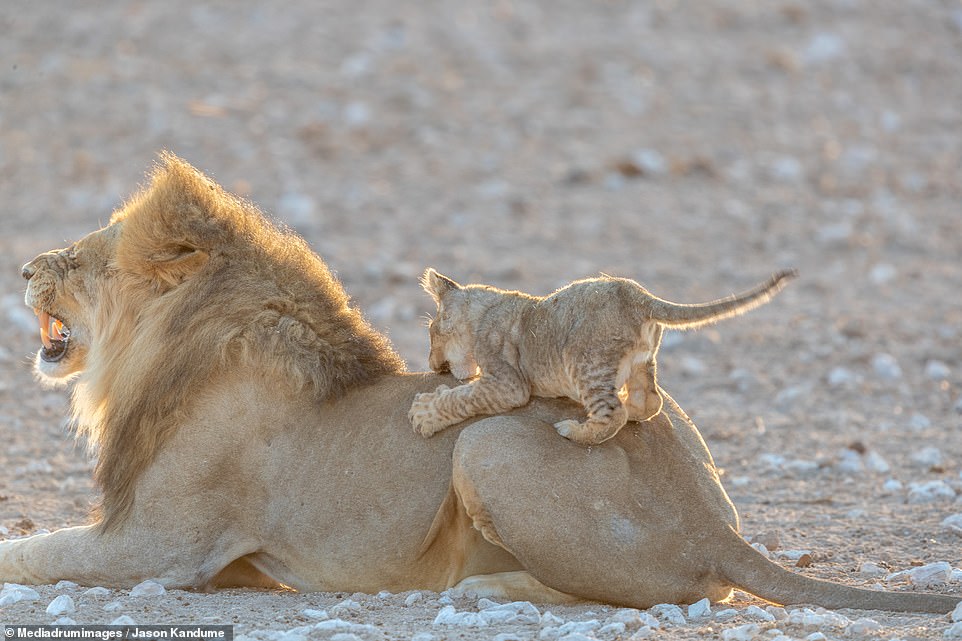 The rare yet interesting sight was caught on camera by photographer Jason Kandume when he was on a business trip in Namibia’s Etosha National Park. It took place near a waterhole where rhinos were drinking water.

“I was at the waterhole to photograph some rhinos the night before when I heard some lions roaring, so I knew they wouldn’t be too far from the area,” said Kandume.

“I wasn’t surprised that we found the family because that’s one of the reasons I chose to go to the park at that time of year, in November, because it’s not long after the lions have their babies.”

The family, including a baby adorable lion cub and his majestic parents, came to the lake to end their thirst. The tiny cub was wrestling with some dirt next to his mother, but maybe he thought playing alone wasn’t funny enough. And what happened next was such a heart-warming sight. The camera caught him rushing to his dad, jumping on his back and swiping at his face. They even started a little fight. The mischievous child continued to launch swipes at his father although the fierce lion showed his teeth. 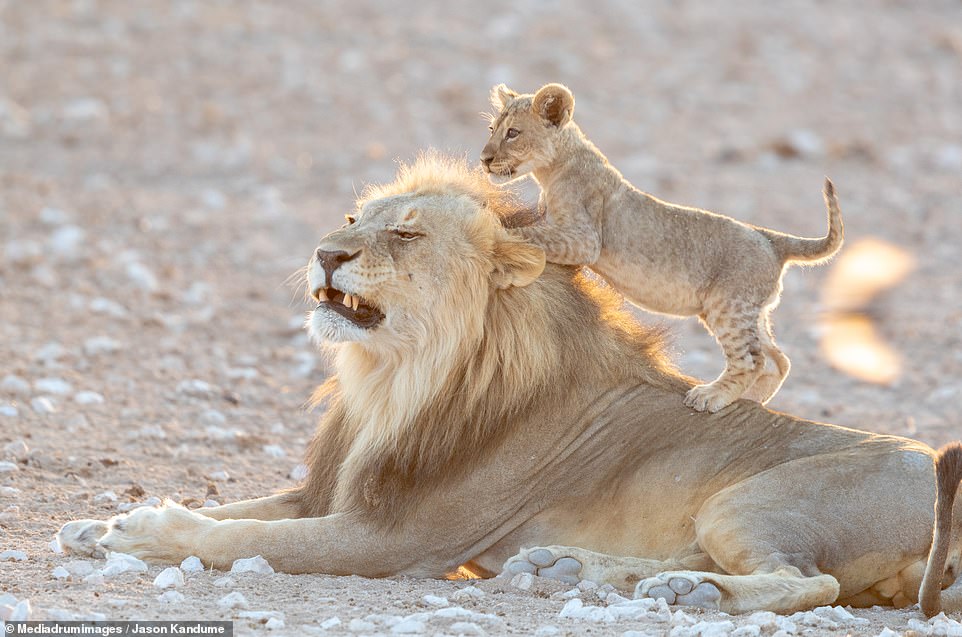 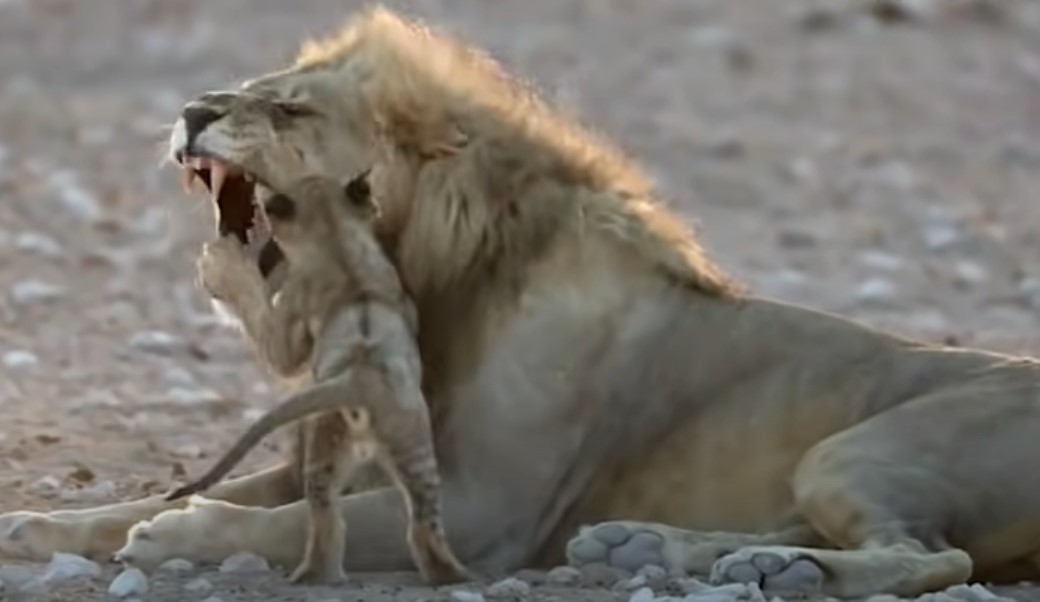 “The male lion went to drink first and when it finished, the cub started running towards his dad. It was climbing over him and jumping on his back. One of the females was constantly following the cub,” the photographer shared.

Luckily, the lion cub was able to escape safely before his dad threw a tantrum on him. Maybe the father was in good mood in the morning, or he understood that his child just couldn’t wait to be a king. We also want to thank the photographer Jason Kandume for giving us such a heart-warming scene.