Homeowners Find Note From Past Owner About Their Home 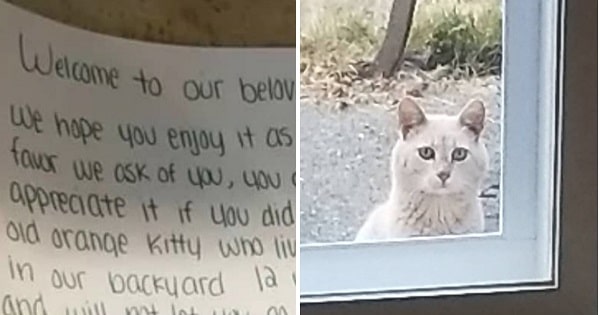 When people buy a used home, there’s often something left behind by previous players. It might be something they forgot or something valuable. It can even be a pet they left on purpose as they didn’t want to care about anymore!

Recently, a woman named Miranda and her family moved into a new home and were quite excited about it. When they got in, they found a note on the floor. Miranda picked it up and read it – it asked the new family a favor. 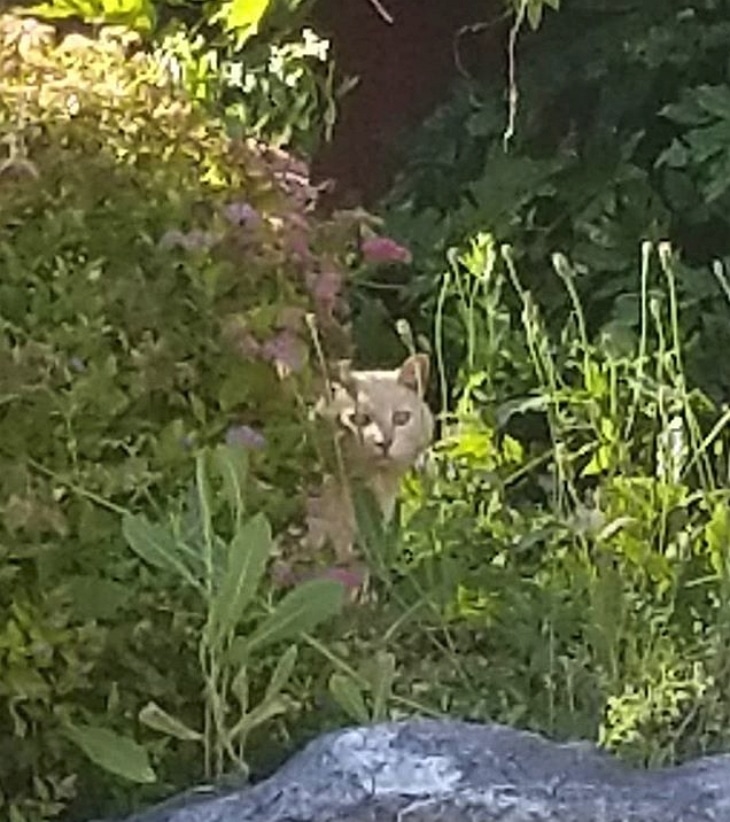 Miranda was hesitant at first, but then decided to see what the fuss was all about. The cat was already there, looking at the new owners through a window.

The orange cat lived there for years and the previous owners fed it every day. They even bought a pet house so he can hide from rain or snow. Miranda named the cat Raz and accepted it as family. She wasn’t so afraid of the idea, considering the fact she already had 5 cats!

Raz, however, wasn’t so sure of the new occupants. He ate the food they gave him, but was hesitant about cuddling. After several weeks, the cat let them close to him. “He always used to hide behind a bush when we were outside. Now, he’s happy enough to hang out, especially when he’s hungry,” Miranda says.

The cat has an old injury that needs to be checked by a doctor. Miranda says they’re not up to that point in their ‘relationship’ yet, but over time, they feel like Raz will allow it. For now, they’re happy with his purring.