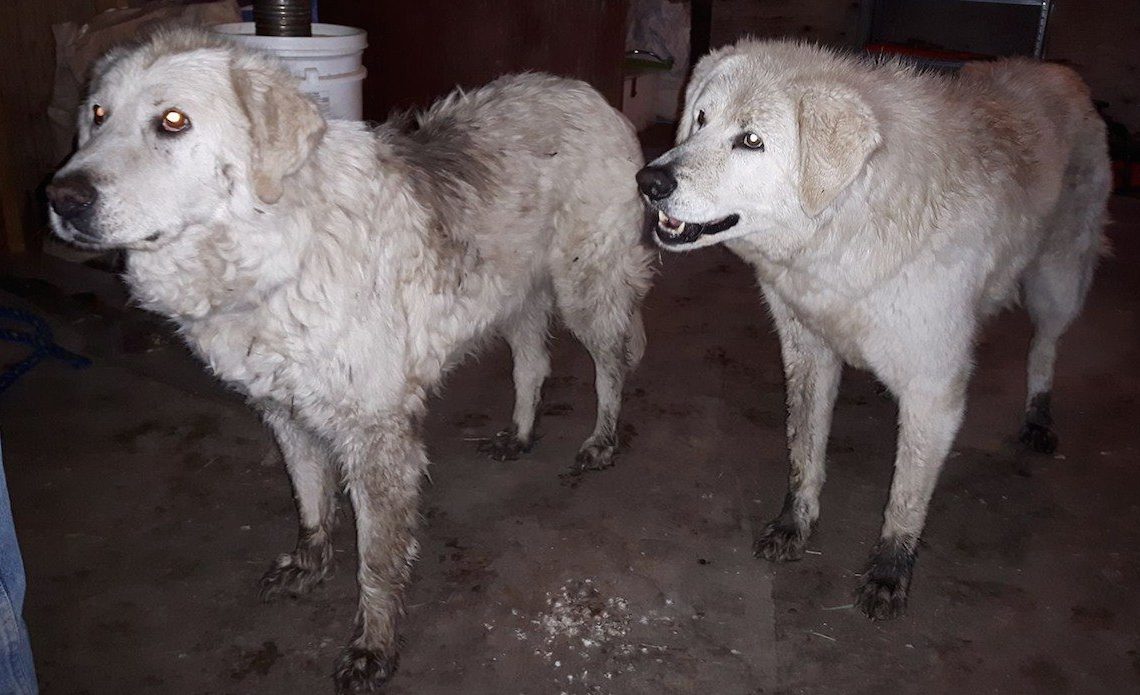 Two dogs fended off wild predators and wildfires to protect 89 sheep from harm over 20 days in an amazing story of duty and heroism. Sophie and Tad are the livestock guardian dogs (Maremma sheepdogs) of Lynn and Lorne Landry and earlier this summer the couple were forced to leave the dogs and sheep behind when they were evacuated from their home because of wildfires.

The couple has a farm in 100 Mile House, British Columbia, just one town of many struck down by dangerous forest fires over the past summer. The Canadian province has been battling the worst wildfires in its history, which have been blazing for months and springing up suddenly and ferociously.

Numerous rural communities have been effected and many families forced to evacuate their homes within a moment’s notice. The evacuations have resulted in many emotional situations, with people being forced to leave their livestock and animals behind as firefighters usher them to safety.

That’s the situation that the Landry’s found themselves when they were quickly forced from their home in the evening of July 6, 2017; they were only able to leave one gate open for the animals before leaving them behind. Over the next two agonizing days, the houses of their neighbors burned down, but by some miracle, their house was spared. 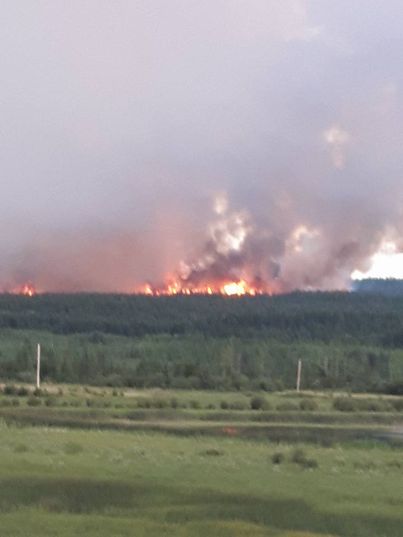 They were able to get a 1-hour permit to go to their property to check on their animals on July 8.

“We opened all of our gates so they could get out into other fields and they could get to the lake for water,” Lynn told 100 Mile Free Press. “We took a 35-pound bag of feed, dog food and opened it and left it there for the dogs so they wouldn’t starve and then that was it. We had to leave. They wouldn’t let us stay, there were spot fires everywhere, fires burning, helicopters going overhead getting water out of the lake. It was like a war zone.”

They checked that the two dogs were staying with the sheep and were okay, but they were informed that the SPCA and the Canadian Disaster Animal Response Team (CDART) would be the ones checking on the animals, as the two groups were doing to animals left behind the fire lines.

It wouldn’t be for 20 days later (on July 24) that they were allowed back to their home. When they arrived they found Sophie and Tad with their sheep, waiting for them. Lynn shared a photo of the dogs on Facebook and wrote:

“Our beautiful but very dirty guardian dogs, Sophie and Tad. They protected our sheep for the 20 days when we were out in spite of fire all around them, helicopters flying overhead etc. Houses on both sides burnt down so must have been an incredible situation for them. If only they could talk I bet they would have quite a story to tell. They are eagerly waiting for dinner!” 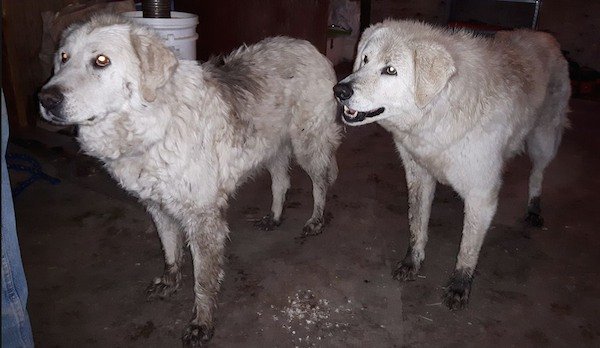 Lynn told 100 Mile Free Press that she knew the two dogs would do their job and not leave the sheep to fend for themselves. But she marvels at how the dogs not only coped with the flames surrounding them, but the loud helicopters overhead as well as hungry predators she suspects came by. She told the newspaper that she figures the dogs herded the sheep near their lake for water and safety but knows if the dogs hadn’t stayed, their sheep would likely be all dead.

As she said on Facebook, the dogs are keeping quiet about how they coped with the ordeal, but she said that despite sooted paws and dirty fur, both the dogs are in good health and doing fine after their long ordeal.

Lynn is so grateful to everyone involved in caring for Sophie and Tad when they couldn’t.

Her dogs remind me of the loyal guardian dogs who were pictured trying to protect a fawn after a wildfire, but this story has a much happier outcome.

Hundreds of firefighters are currently battling the largest wildfire ever recorded in B.C. The Canadian Disaster Animal Response Team (CDART) continues to provide volunteers to help rescue, shelter and care for animals when their owners cant. You can find out more about their efforts on their Facebook page.