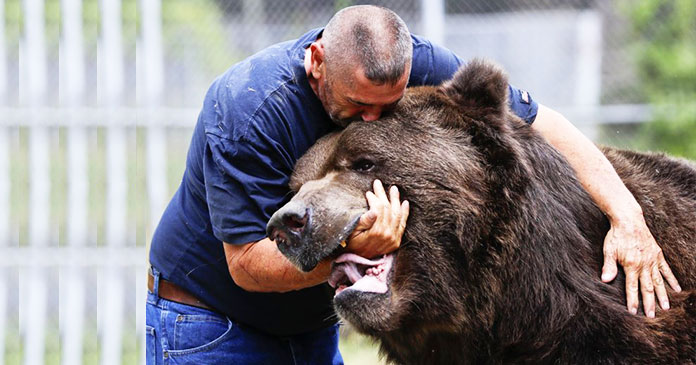 If it is not love how a huge 1400lb Kodiak bear could find comfort in the arms of his human friend. The chemistry and the love between the bear and the human are making the rounds. 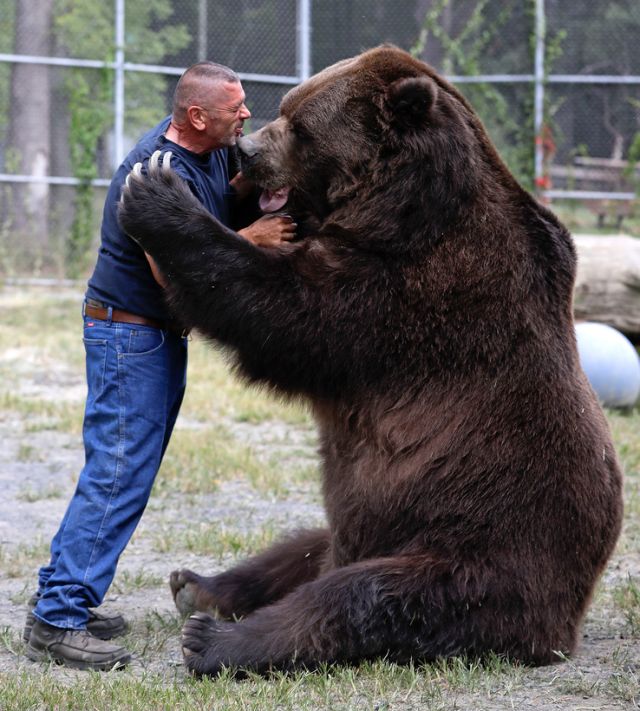 This moving scene was caught on camera at the Orphaned Wildlife Center in Otisville, New York. The owner of the center Jim Kowalczik is seen hugging and cuddling with the 23-year-old Kodiak bear, Jimbo. 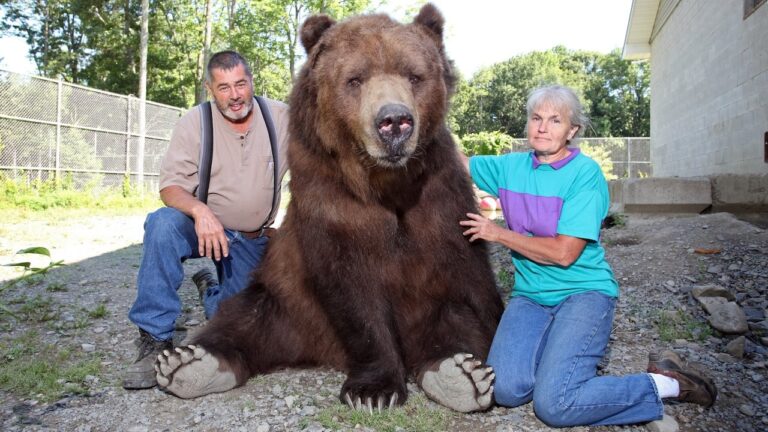 Jimbo is not the only bear that lives in that center. Jim and his wife Susan Kowalczik are taking care of the lives of many injured and orphaned animals since 1996. Their 100-acre property is now shared with 11 bears including Kodiak brown bears and black bears.

Jimbo is the biggest member with his 1400lb and 9 and a half feet height. But the bear is very soft-hearted and can be called a gentle giant.

According to the couple, the bears like their children. They love them a lot and even the bears love them. The bear family is like any other family. 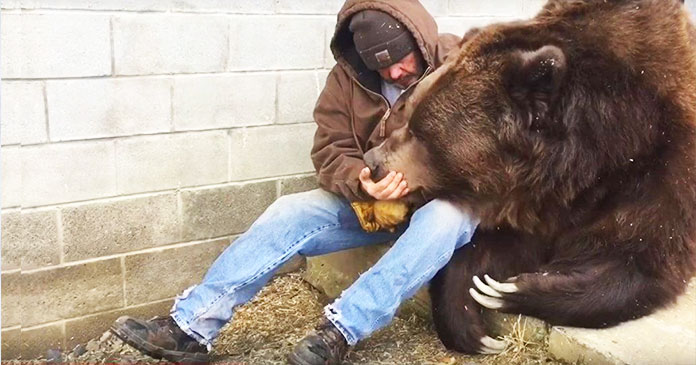 Though the bear is very massive, Jimbo is like a child when Jim approaches him. They share great moments together and the bear finds great relaxation with his caretaker. As Jimbo got sick, he grew very irritable and uncomfortable. It is when Jim came to his help and provided him with the love he required.

How emotional bears are! Really the bear shares a great bond with his human caretaker.