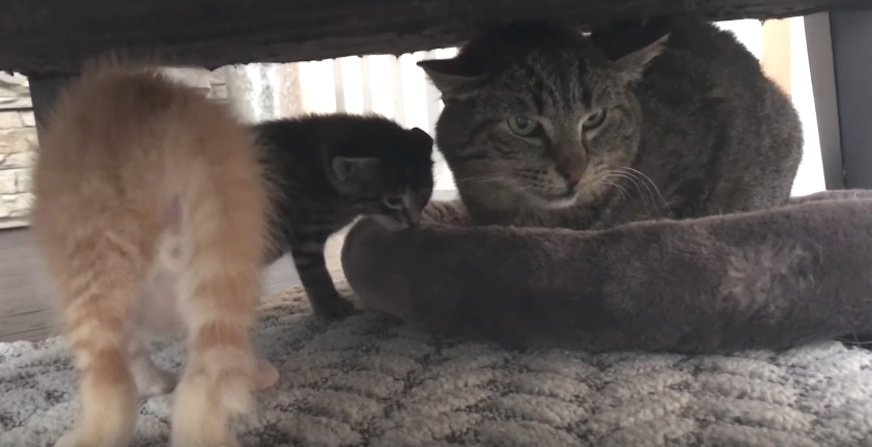 Mason is an ancient, battle-scarred feral cat with advanced kidney disease. Instead of euthanasia, his rescuers felt he deserved to “live his sunset months in comfort, free from pain”.

The old cat didn’t like to be touched but they fixed up his abscessed teeth and injured foot. Then they brought home some foster kittens and introduced them to the grumpy old cat. What happened next will make your heart melt. 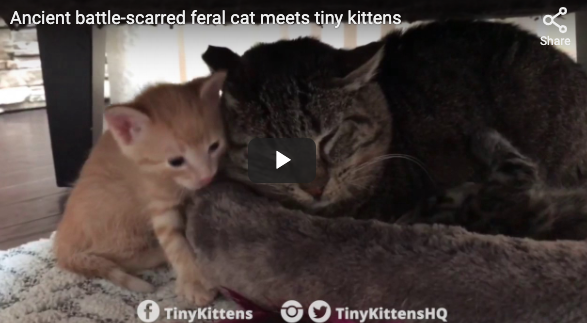 Mason adores taking care of the rescued “little ones” and lets them share his bed even when the rambunctious kittens jiggle the bed with all their playing! 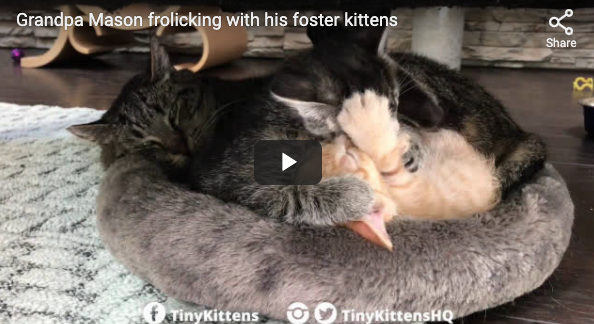 And when they’re not jumping around, he sweetly cuddles with them. Mason is really the best grandpa the foster kittens could ask for.

Mason was rescued by Tiny Kittens in 2016. In September of 2019, Mason’s kidneys finally gave out. But he spent his last hours in comfort and cuddling kittens.

His rescuers say Mason’s story has had a lasting legacy for other feral cats like him and for people too. Tiny Kittens shared on their website:

We feel his story is such an important one to tell. He is helping us raise awareness about feral cats, the hardships they face, the love they have to give, and that spaying and neutering is a very easy way to prevent the suffering that results from cat overpopulation. He also shows us that old, broken, ferocious, “lost cause” cats still have value and are worthy of compassion. It’s such an important message. We’ve even heard from people who are following Mason’s story because he gives them hope to carry on through their own personal struggles.”