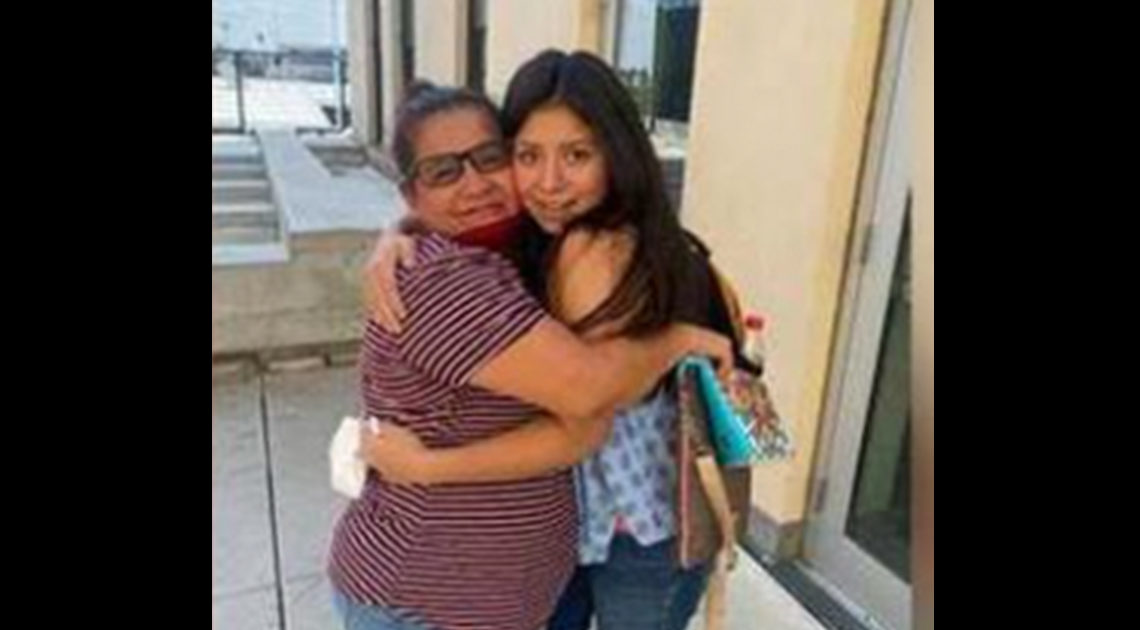 Jacqueline Hernandez was abducted by her father, Pablo Hernandez, back in 2007. The girl hasn’t seen her mom up until this September when she finally succeeded in tracking her down.

Angelica Vences-Salgado was praying to God to bring her her daughter back, and after 14 long years, that wish of her was granted.

At the beginning, Angelica wasn’t sure if the girl who contacted her was really her daughter. The call came out of the blue. The young lady at the other side of the phone introduced herself as Jacqueline Hernandez and asked from Angelica to meet her at the Point of Entry at the border in Texas on September 10, as reported by The Clermont Police Department Detective Division.

According to a missing person report filled in by Angelica, Pablo kidnapped Jacqueline in 2007 after which a felony warrant for kidnapping was issued for him. Angelica also told the police back then how she suspected her daughter was taken to Mexico.

“[Officials] determined that the female was indeed Jacqueline Hernandez who was abducted from her mother in 2007. At approximately 4:55 p.m., Jacqueline, now 19 years old, was successfully reunited with her mother,” a news release by The Clermont Police Department said.

Both the mother and the daughter are over the moon to be reunited. They both said being apart for that long was very hard.

The Police Department said they are happy the family finally got a closure and added that the warrant for the girl’s father is still active. 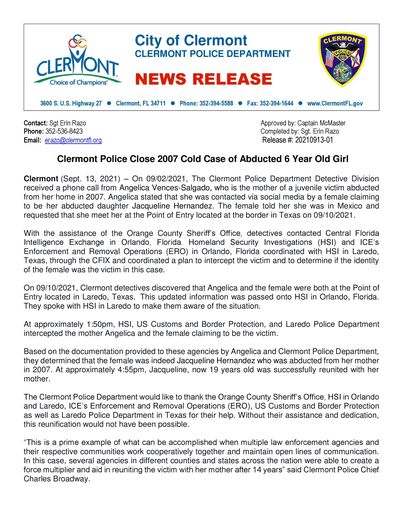 “This is a prime example of what can be accomplished when multiple law enforcement agencies and their respective communities work cooperatively together and maintain open lines of communication.

“In this case, several agencies in different counties and states across the nation were able to create a force multiplier and aid in reuniting the victim with her mother after 14 years,” Clermont police Chief Charles Broadway said in a statement.