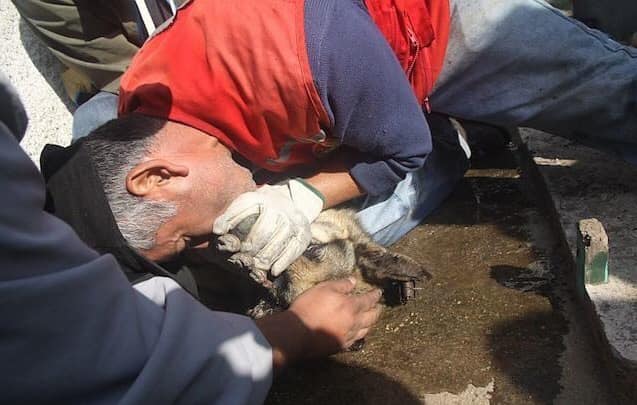 0
SHARES
ShareTweet
-Advertisment-
Cristián Espinoza resuscitates a German Shepherd in cardiac arrest after being pulled from a fire
Firefighters and rescuers saved the lives of two dogs after pulling them from a house fire in San Antonio, Chile. The German Shepherds, Apolo and Princesa, were suffering cardiac arrest and the firefighters immediately began administering CPR.

One dog was so near death that firefighter Cristian Epinoza gave the dog mouth-to-snout in order to get the dog breathing again. Both Apollo and Princesa were revived thanks to their rescuers’ efforts.

According to Soy Chile, the dogs are resting comfortably with neighbors while the family gets back on their feet. The video captured the dramatic moments after the dogs were pulled out of the fire. 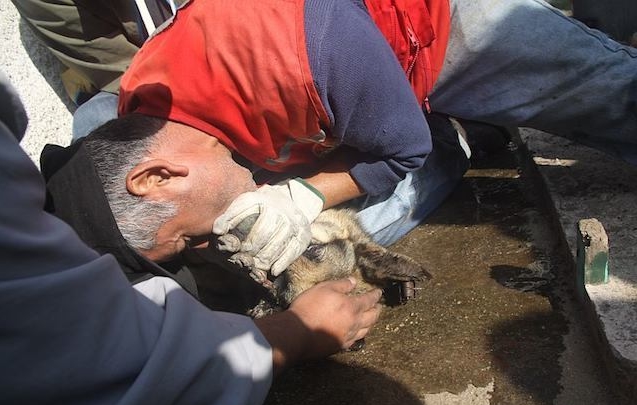 CPR (cardiopulmonary resuscitation) preserves brain function until proper blood circulation and breathing can be restored.The signs that indicate the need for CPR include unconsciousness, lack of arousal, lack of physical movement, or eye blinking. These symptoms can occur from drowning, choking, electrical shock, or a number of other situations.