Five siblings, aged 9 and below, were buried together after being killed in a house fire 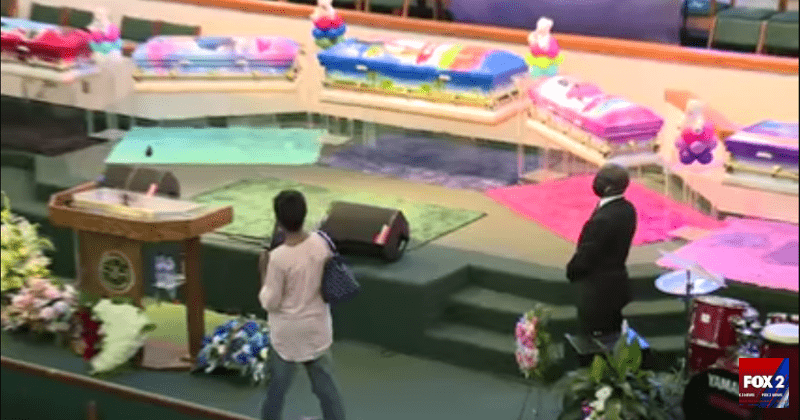 A family is calling it a “wipeout” after five little children lost their lives together in a deadly fire. At around 3 am on August 6, the fire broke out inside the family’s apartment in East St. Louis, Illinois. All the children were fast asleep when the fire began sweeping through the second-floor apartment. Before the fire broke out, the children’s mother had left the house to pick up her boyfriend, and she returned to find their apartment engulfed in flames. She desperately tried to enter the house to save her children, but there was nothing she could do, according to PEOPLE.

Once first responders arrived, they found two of the siblings already dead inside the bedroom. When they entered the kitchen, they found the other three children lying unconscious on the floor; two of the three were pronounced dead right after they were taken outside the house, whereas the third child was pronounced dead after being taken to the hospital. 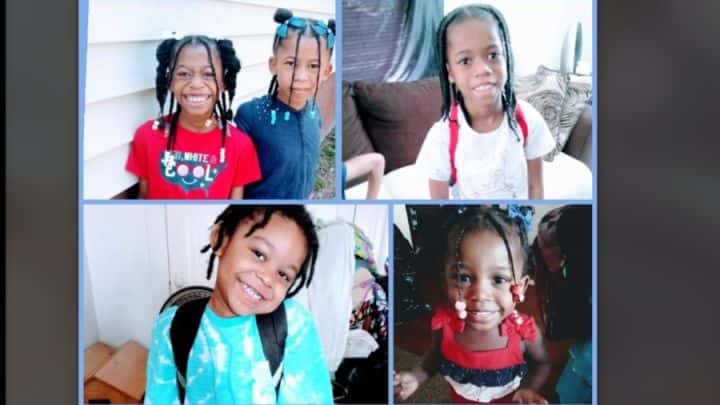 “It’s a wipeout. By the grace of God [we] are holding up,” the children’s paternal great-grandmother, Francine Moore, told the Post-Dispatch, as reported by FOX News. The five children were identified as 9-year-old Deontae, 8-year-old twins Neveah and Heaven, 4-year-old Jabari, and 2-year-old Loy’el. “They are blameless in this. They’re just kids. It’s tough,” said East St. Louis Assist. Fire Chief, George McClellan, as quoted by KMOV. 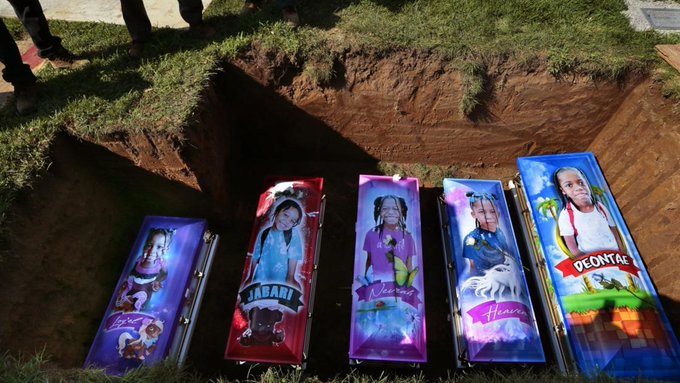 “”Everybody has made this mistake once in their life. You know, everyone has left their kids at home,” the aunt added. “Nobody expected this to happen, she didn’t expect this to happen.”

About two weeks after the incident, a funeral was held for the children, and all five of the young siblings were buried together. People gathered at the Greater St. Marks Church of God and Christ to pay their last respects to the five children, who were laid to rest in custom-made caskets that were specially designed for each of them. 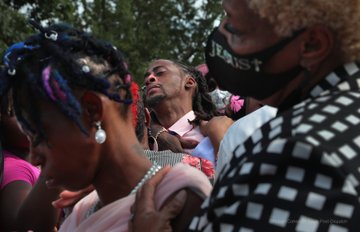 “These children were wonderful children. If you look at the caskets, each casket reflects their personal desires, the games they played with, the toys they liked, (and) the colors they were interested in. If you look at the casket, it’s really a glimpse of their young lives,” said Serenity Memorial Chapel Funeral Director Walter Terry, as reported by FOX 2. Terry added that they would be doing everything they can to help the family cope with the immense loss.

“Our focus is on the family and we’re trying to find opportunities to assist them in getting through the tragedy,” said Terry. “…They’re a young family. Young children, they had a lot to live for.

Through this grief-stricken time, the entire community came together to support the bereaved family, and a GoFundMe page was also set up for them.

Pastor Mark Ratliff, Sr., said: “East St. Louis has always been a one that will come together in a time of tragedy and… I’m not surprised I’m just so thankful during a pandemic season we come together and support one another.”