Grandparents are full of pride when it comes to their grandchildren, so it’s no wonder that Eddie Murphy beams with pride whenever his granddaughter Evie is mentioned. Evie is the daughter of his and his ex-wife Nicole Mitchell Murphy’s son Miles.

Fans cannot get enough of the cute little Evie Isla Murphy, who just recently melted hearts in with her new pictures and a video her mom posted on Instagram.

Actor and comedian Eddie Murphy has been a very successful entertainer for several years now and has excelled in his career. He has earned multiple awards, honors, and global recognition and fame.

Formerly married, he and Nicole Mitchell have been divorced for over a decade, but they appear to be on good terms. They got married in a lavish ceremony at the Plaza Hotel in New York City, with 500 guests in attendance.

They were married for 12 years and had five children together –– Bria, Miles, Shayne, Zola, and Bella. But then in 2005, Nicole filed for divorce from Eddie, who at the time issued a statement that said: “The welfare of our children is our main concern and their best interest is our first priority,” as reported by People magazine.

Eddie is no stranger to family, with the actor being a father to ten children with five different women from previous relationships. These include his children with Nicole, baby Angel with former Spice Girl Melanie Brown, son Eric with Paulette McNeely, Christian with Tamara Hood Johnson, and two kids with his fiancée Paige Butcher. 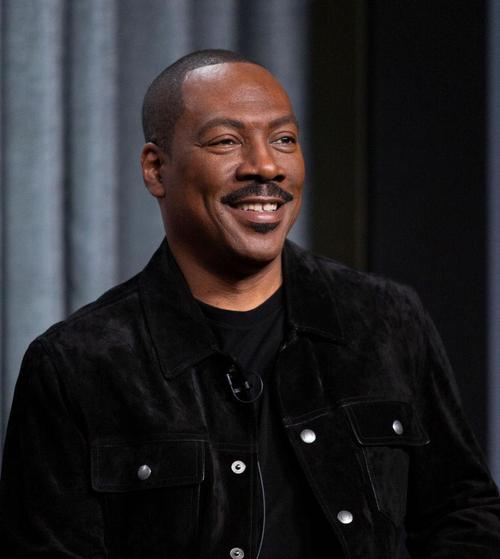 Just at the end of 2018 in November, Eddie Murphy and Paige Butcher welcomed their second child –– Eddie’s tenth –– into the world. The baby, Max Charles Murphy, was born weighing 6 lbs and 11 oz, and was 19 inches in length. He joins his older sibling Izzy Oona. The couple had revealed the pregnancy in August of 2018, before announcing their engagement the month after.

It’s nice to see Eddie settling down with Paige and building a family of their own, and that his relationship with Nicole is on good terms for the sake of their children.

The star has notably gushed and crowed about his children and grandaughter in several interviews. Speaking to PEOPLE in April 2021, the 60-year-old comedian said:

He also stated that his career as an actor took second place to his job as a dad:

Some of Eddie’s family focus might have its background in his earliest life. In an interview from 1987, Eddie confides that losing his father young took a great toll on him:

“I’ve really been pretty lucky. The worst tragedy ever to happen to me was when I lost my father. It was f****d up, man. I was eight. But I’ve had a good life.”

His father sadly died in 1969. His parents had divorced a few years prior, and Eddie never found out the complete story, only knowing that a woman had stabbed him.

Keeping all that in mind, it’s no surprise the comedian keeps his family close. This also means he has a close relationship with his cute granddaughter.

Evie is the cute daughter of Eddie’s son, Myles Murphy and his partner Carly Fink. In August 2021, Fink posted multiple pictures and a video of her beautiful daughter to Instagram, melting the hearts of her followers and extended family members.

The first picture in the post showed Evie in a white sleeveless top. She held a part of her dress with her left hand and looked inquisitively at something in the background. Her gorgeous black hair was packed into two buns and tied with a blue ribbon on one end. She is walking the family’s dog while her proud mother captures the footage.

In another adorable video from September, Evie can be seen flipping through a children’s ABC book, proudly stating that she knows what each alphabet letter stands for. She has certainly inherited the Murphy charm!