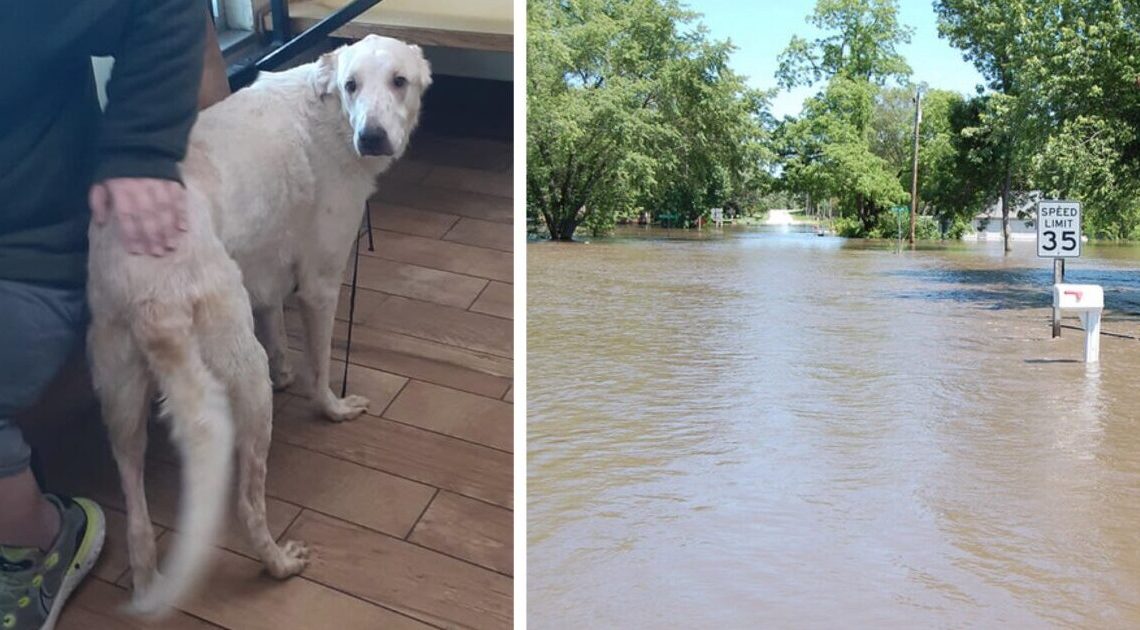 Waverly, Tennessee experienced historic flooding on August 21st, 2021. The area was hit suddenly with 17″ of rainfall, leaving at least 20 people dead and destroying 250 plus homes and countless businesses.

In the midst of a tragedy, a grain of hope emerged in the form of a 6-year-old Great Pyrenees-Labrador mix named Cooper. The dog is being hailed as a hero after he helped a boy survive the floodwaters. 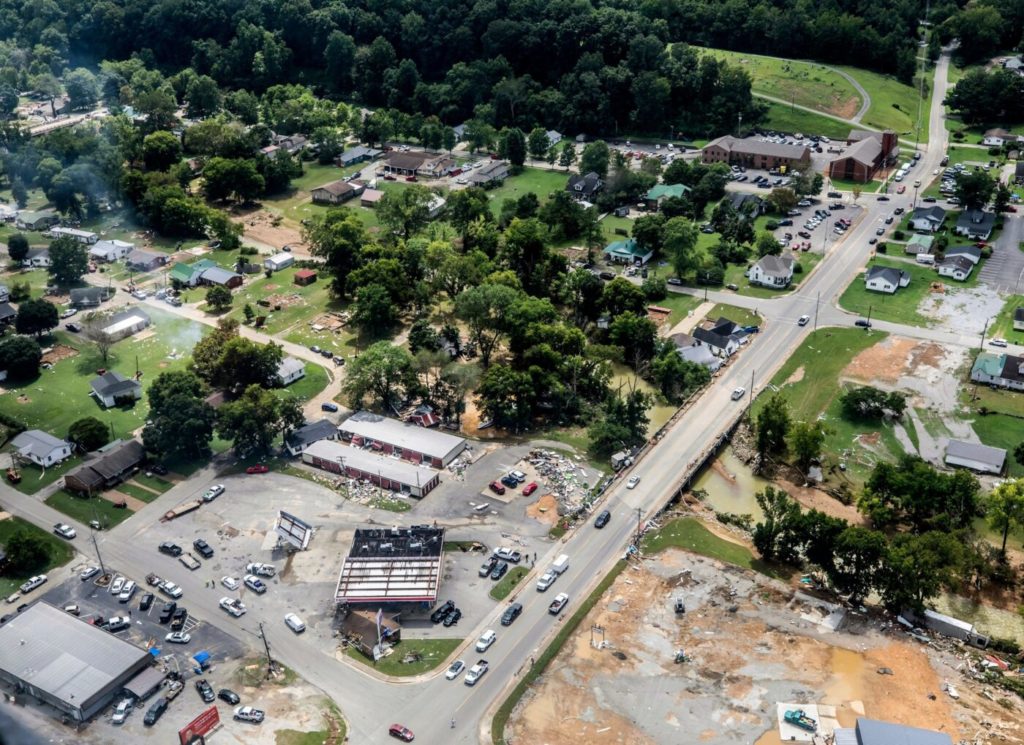 “He said that when he was hanging on to a pole, the dog came down the creek and managed to swim over to him. He said this dog saved my life, he swam to me and made me hold on.”

The boy and Cooper were later brought aboard rescue boats. Aside from Cooper getting a small scrape on his back, both he and the boy he helped were fine.

Veterinarian Dr. Jessica Peek owns the Waverly Animal Clinic, where Cooper ended up later that day. She told Daily Mail Cooper definitely received the hero treatment while in their care.

“We’ve been calling him Big Hero Dog all week long. He’s a living sweetie and we’ve been giving him lots of treats, telling him he’s a hero.” 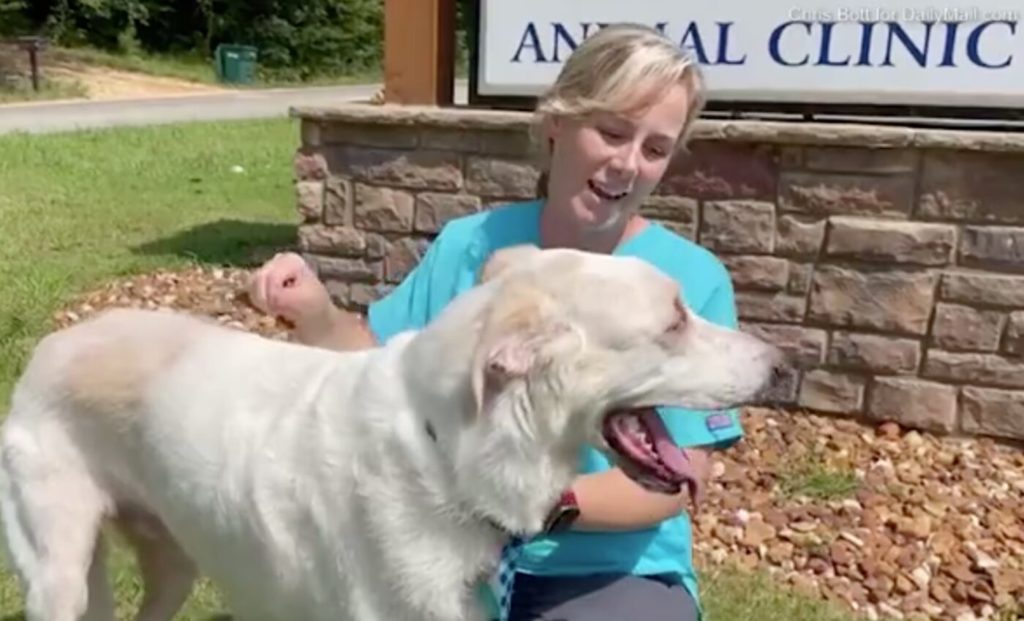 Waverly Animal Clinic shared on Facebook that all their kennels were full in the aftermath of the flood. Peek said Cooper’s story is just one of many involving pets affected by the weekend flooding. Several animals were separated from their families during the storm.

“You feel a little helpless and don’t know what to do when people are trapped and looking for their pets. We’ve tried to give pets a safe place to be so owners could deal with other things they have to deal with.”

A Hero Reunites With His Proud Family

Caitlyn Rochelle learned her dog Cooper was at Waverly Animal Center when she saw the post about him on Facebook. She later told Daily Mail how proud she was of her sweet pup:

“It made me cry. It was no surprise that he saw someone else in distress and went after him.”

Cooper was staying with Rochelle’s father when he got swept away by the water. Rochelle’s own home had flooded when a tree crashed through her roof that Saturday morning.

Both Rochelle and her father are overjoyed to have Cooper back. Just as he demonstrated with his rescue of the stranded boy, he’s an emotionally supportive dog.

“He’s always been a good dog, a great emotional support animal. When my dad and I get depression, Cooper senses it and sits and lays his head on us.”

Leave it to a dog to be completely selfless in his own time of need.