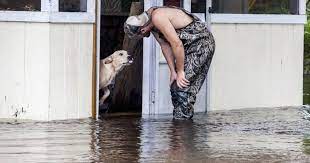 Severe rain and flooding across the East Coast has forced more than a thousand residents to flee their homes. But amid so much devastation and uncertainty, one furry flood victim not only escaped with his life, he made a new friend in the process.

“I approached him, and he was skittish at first, since his owner had left him high and dry. After I put my hand out and let him get used to me, he calmed down and I pet him. We scooped him up and took him to safety on the boat,” he said. “He was almost without a dry place to stand by the time I found him. That dog was going to be swept out. It would have been only a matter of time before we saw him floating in the river dead.” Scroggins told.

The next day, after talking with some other neighbors, Scroggins learned the person who had left Lucky all alone seemed to have no interest in getting him back. On top of that, this wasn’t the first time one of the owner’s animals needed to be saved from neglect. 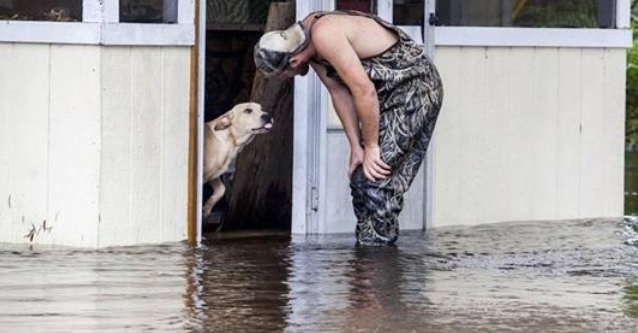 “I feel like he understands what happened, ’cause now he refuses to leave my side,” said Scroggins. “It makes me feel better knowing the dog is in a better place than he was. If you see someone in need of help and you can do something, then do something — that goes for people and animals. If you can help out, try. That’s what I hope people take away from this.” 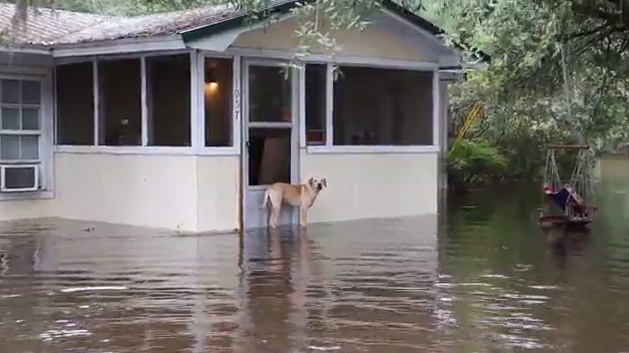 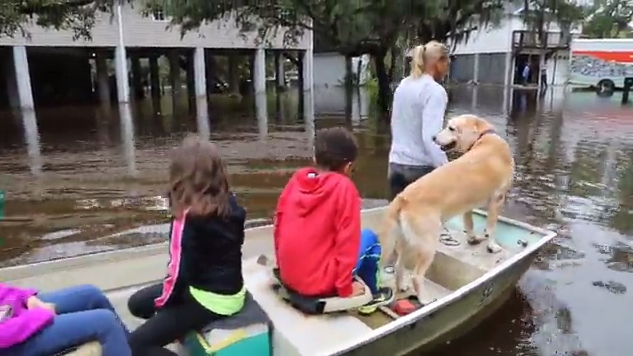 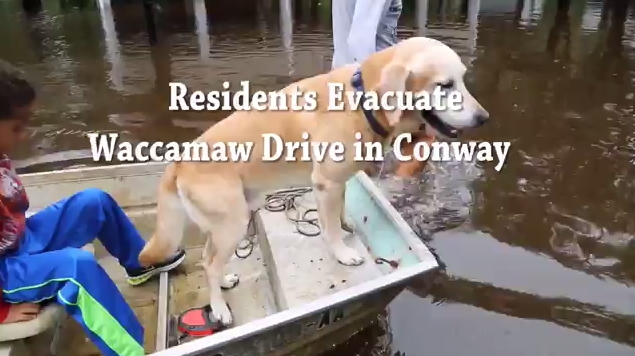