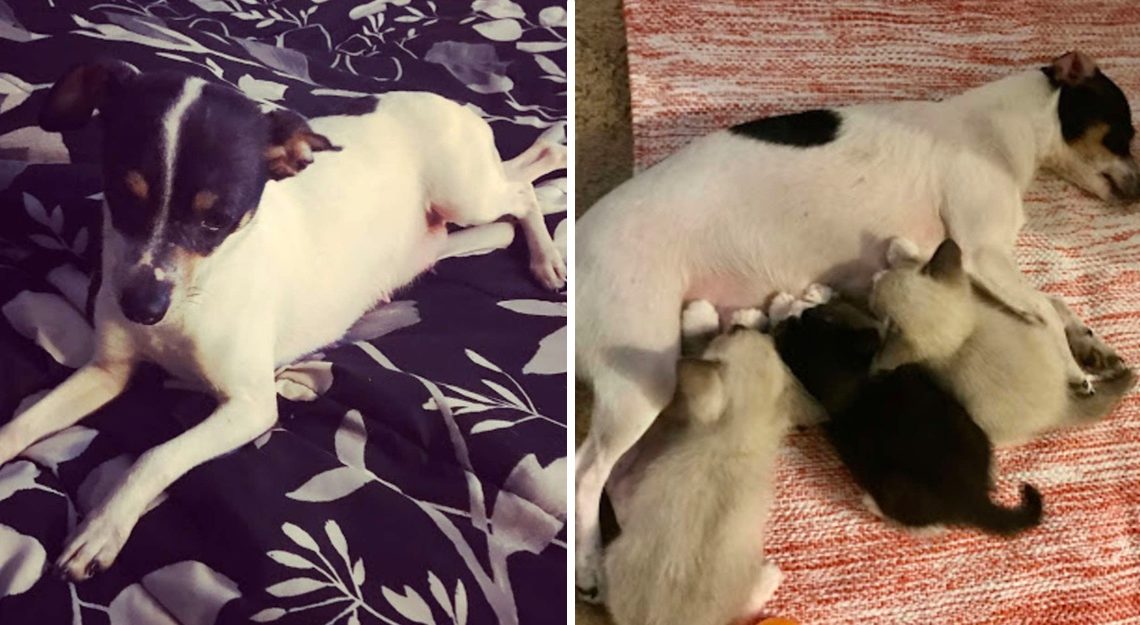 In nature anything is possible. Sometimes there are animals that are capable of adopting the babies of other species, even though they are very different. This is the case of a mom dog that had lost her puppies and adopted three tiny kittens in need of a mother.

Animal rescuer Stacee Jones, who has cared for more than 100 dogs and cats, says she thought she had seen it all, until she took in some animals that needed each other at Jelly’s Place shelter, a compound in San Pablo, California, where she works. 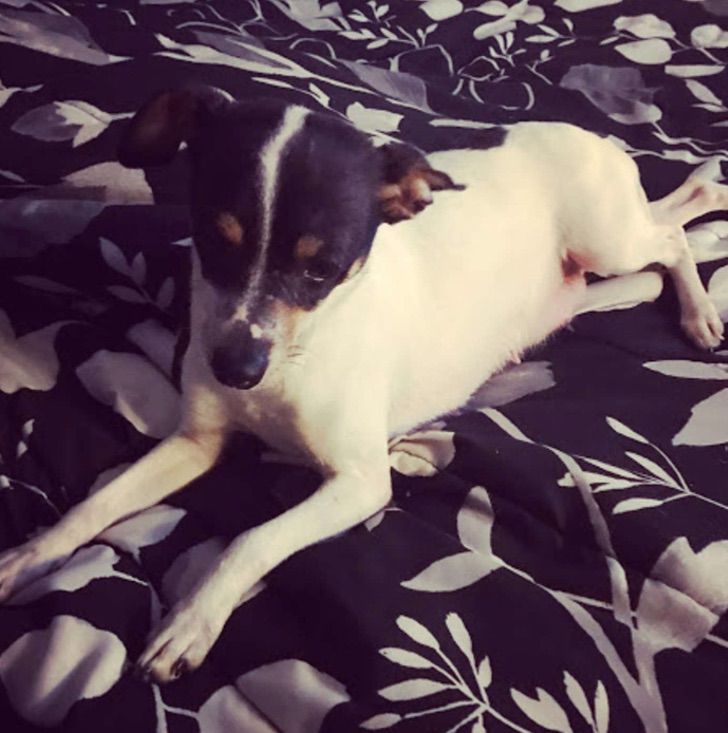 Initially, Jones received a call to help a little dog that was abandoned behind a dumpster in the street. Unfortunately, the dog had just lost her pups, so she adopted her. 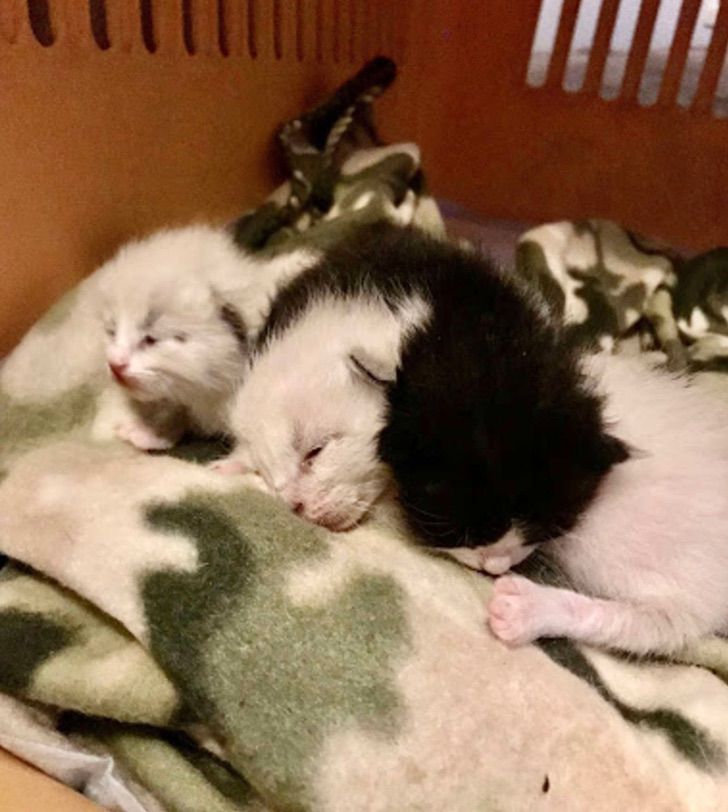 However, in the rescue center they had one more idea. Three kittens had recently been orphaned, so officials at Jelly’s Place asked Jones if they could put these three kittens together with the dog that had lost its puppies. It seemed like a difficult mission, but Jones accepted it. 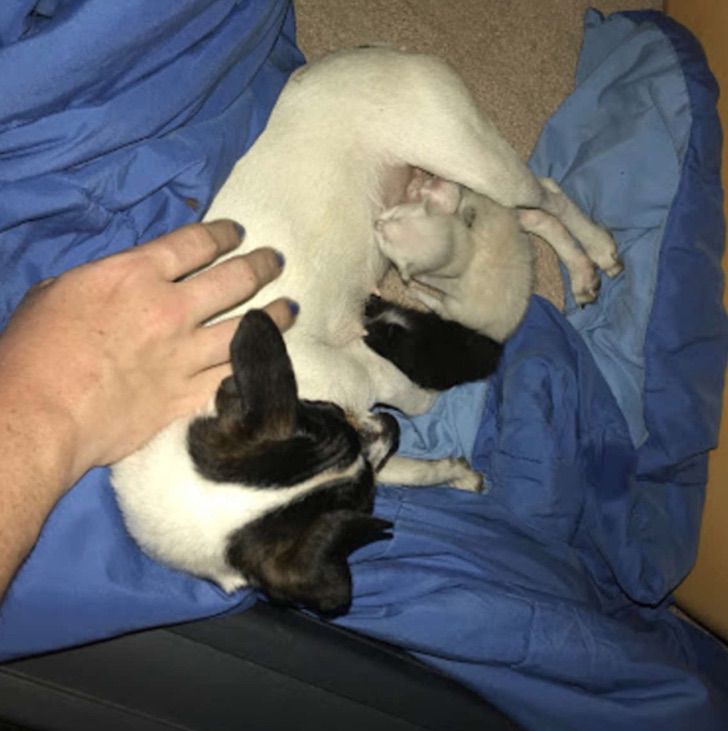 “I was very careful (…) I sat next to the dog mom and sat with a kitten. I slowly showed her the kitten to see how she would react. I was afraid she would growl or not take it very well,” Jones told The Dodo. 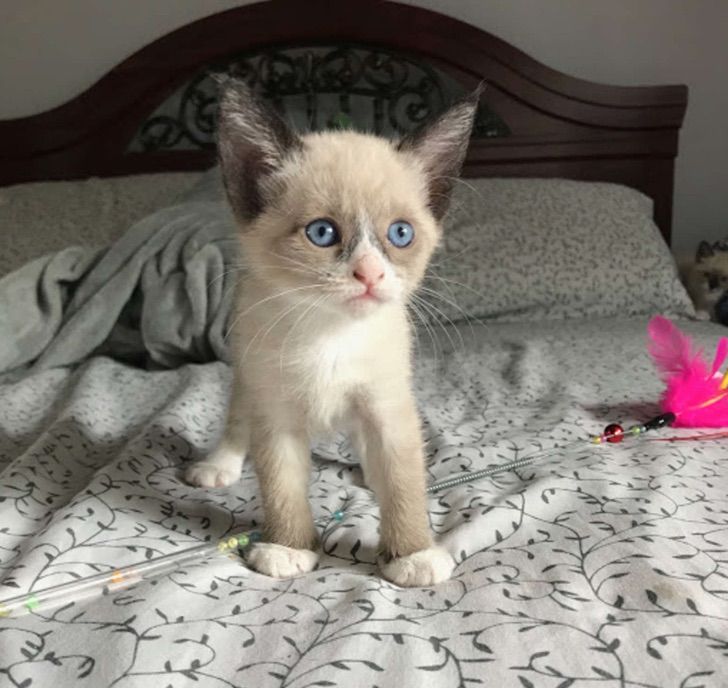 At first, she watched the scene nervously and very attentively, to protect the kitten from any hostile movement of the dog. But then she realized that a wonderful thing had happened. “The dog accepted the first kitten immediately, and she licked it,” Jones said.

This is how the little dog assumed a “maternal” attitude, according to Jones, and began to breastfeed the kittens. She said that at that moment she began to cry. “I was like, ‘This is so beautiful. I’ve never personally seen anything like this. It all came together so fast, like it was meant to,” she said excitedly. 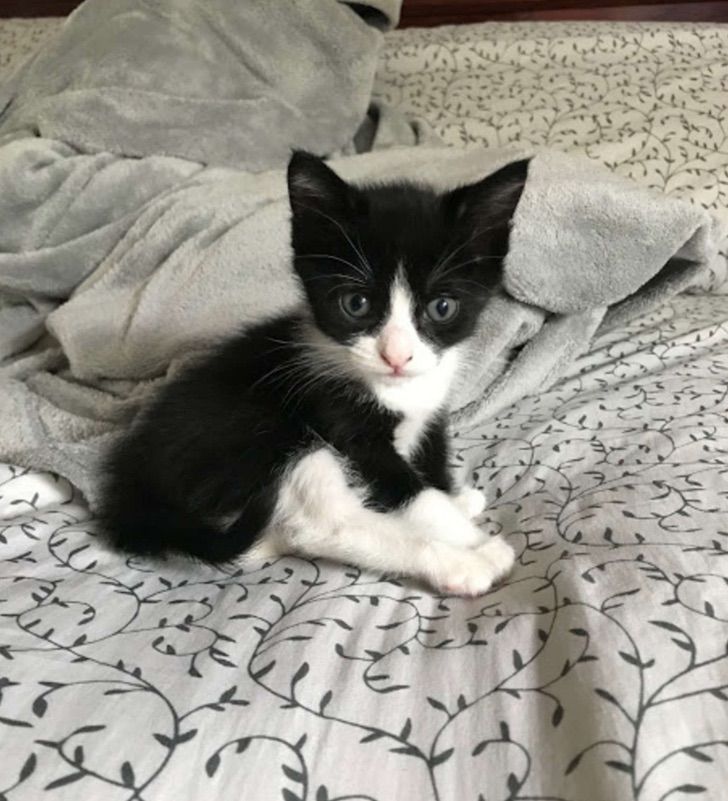 The three kittens are growing up with their mother dog and are waiting to be adopted. The woman who rescued them says that they sometimes behave more like a dog than a cat, but that they have already forged their personality and social skills.

Here is a video of the dog mom nursing the kittens: