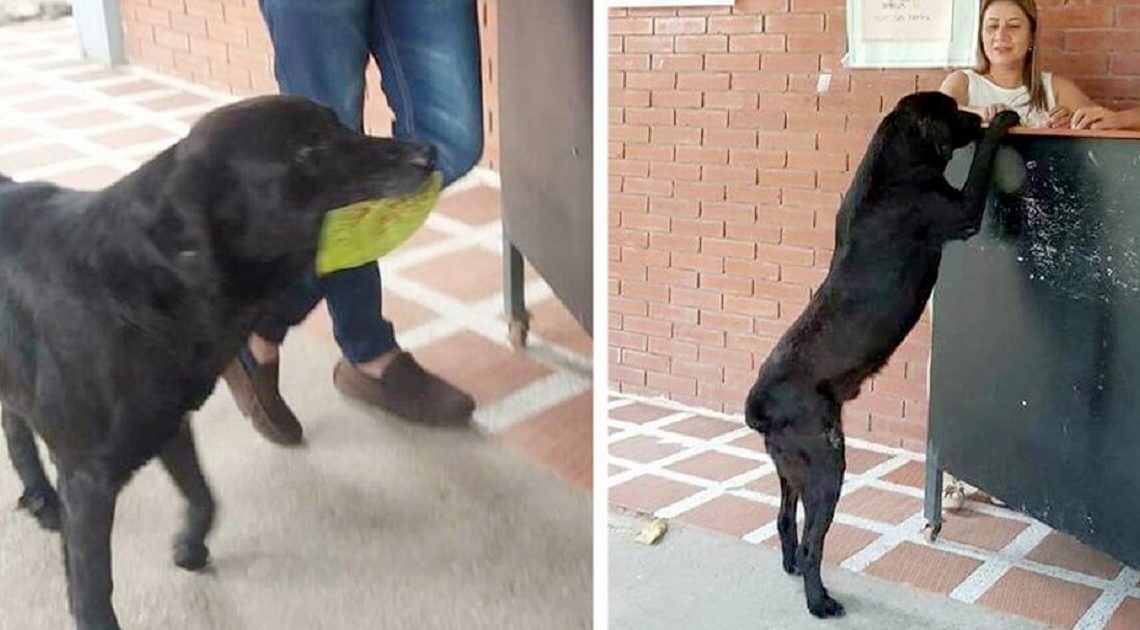 Some dogs beg for treats. This clever pup pays for his. 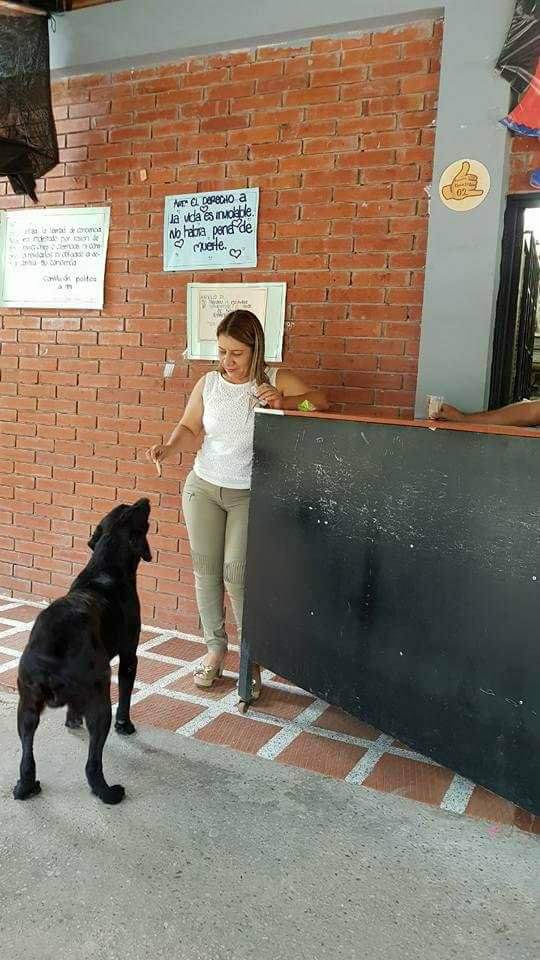 For the last five years or so, the campus of Colombia’s Diversified Technical Education Institute of Monterrey Casanare has been home to a sweet black dog named Negro. There, he serves as a guardian of sorts, keeping watch over things as students go about their studies.

In return, Negro is cared for by the school’s faculty, who provide him with food, water, attention and a safe place with them to pass the night.

But the dog has apparently decided that anything beyond that is up to him. 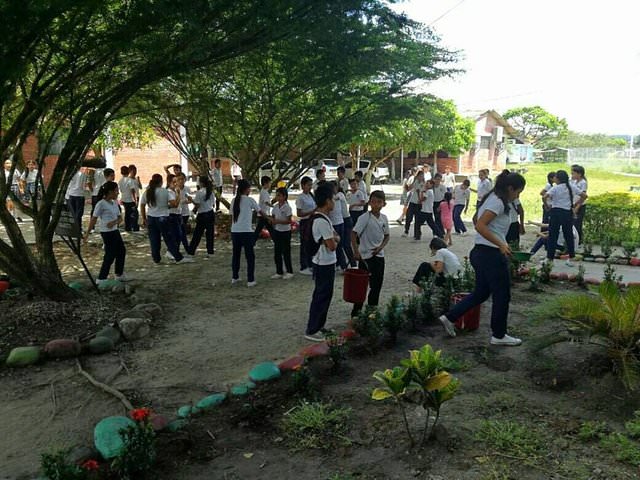 Early on in Negro’s tenure at the school, he came to be aware of the little store on campus where students gather to buy things on their breaks; sometimes they’d buy him cookies sold there.

This, evidently, is where the dog first learned about commerce — and decided to try it out himself.

“He would go to the store and watch the children give money and receive something in exchange,” teacher Angela Garcia Bernal told The Dodo. “Then one day, spontaneous, he appeared with a leaf in his mouth, wagging his tail and letting it be known that he wanted a cookie.” 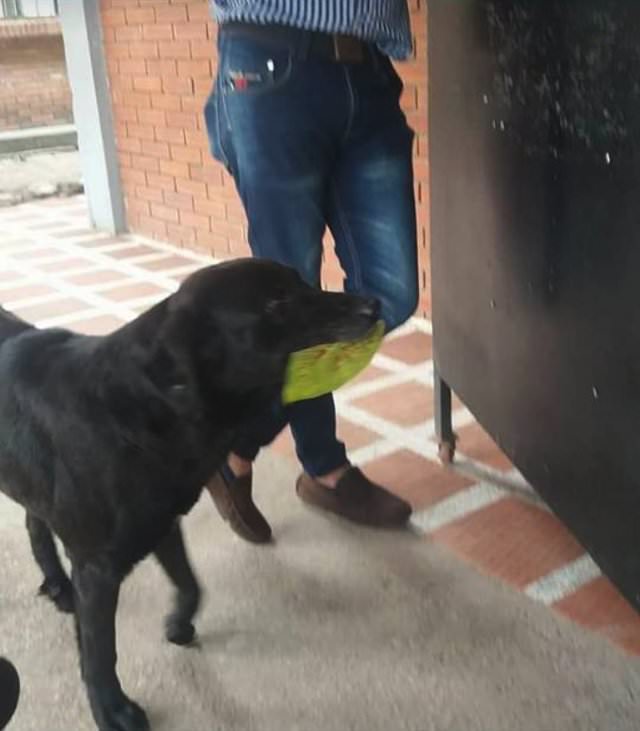 Negro had invented his own currency, but, of course, it was accepted.

He got a cookie — and it came with an epiphany. 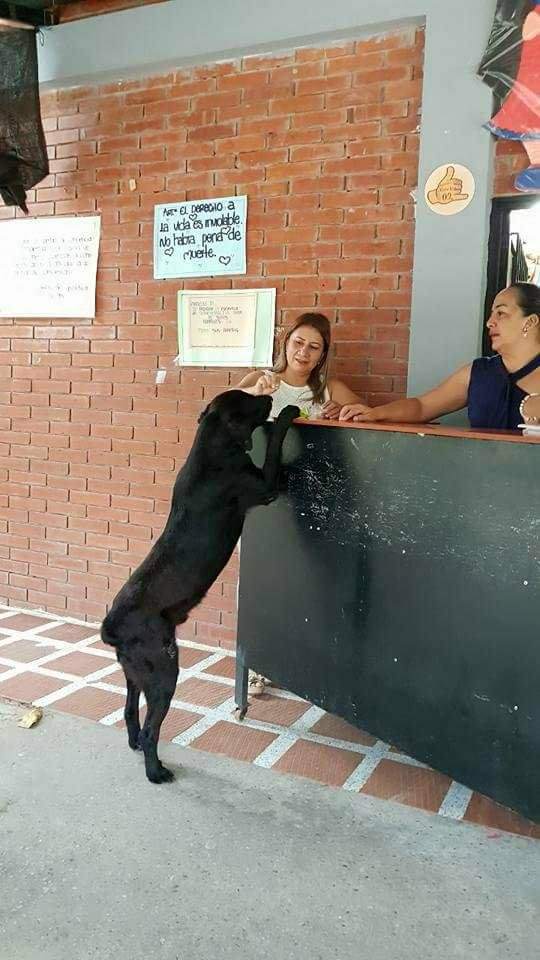 As you might expect, after the dog realized his money literally grows on trees, it’s been a regular thing.

“He comes for cookies every day,” Gladys Barreto, a longtime store attendant, told The Dodo. “He always pays with a leaf. It is his daily purchase.

”Here’s a clip of Negro in action. 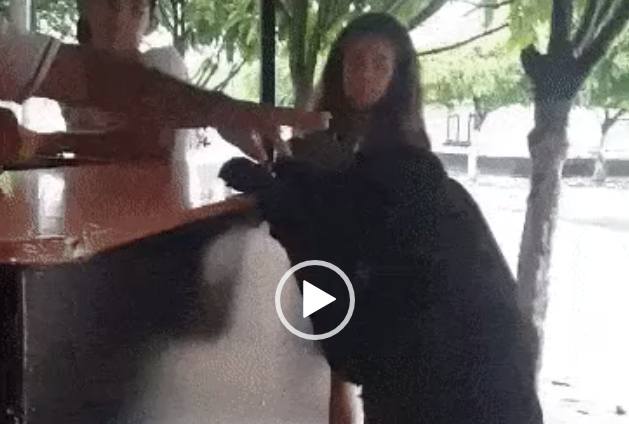 Incredible as it is, the clever dog has been doing this for years now. Staff have made sure he’s only getting treats safe for dogs to eat, and they do limit his purchases to just a couple a day (to stave off inflation in both the leafy currency and his waistline).

But it’s still a remarkable thing to behold.

“When you first see it, you almost want to cry,” Bernal said. “He’s found a way to make himself understood. He’s very intelligent.”