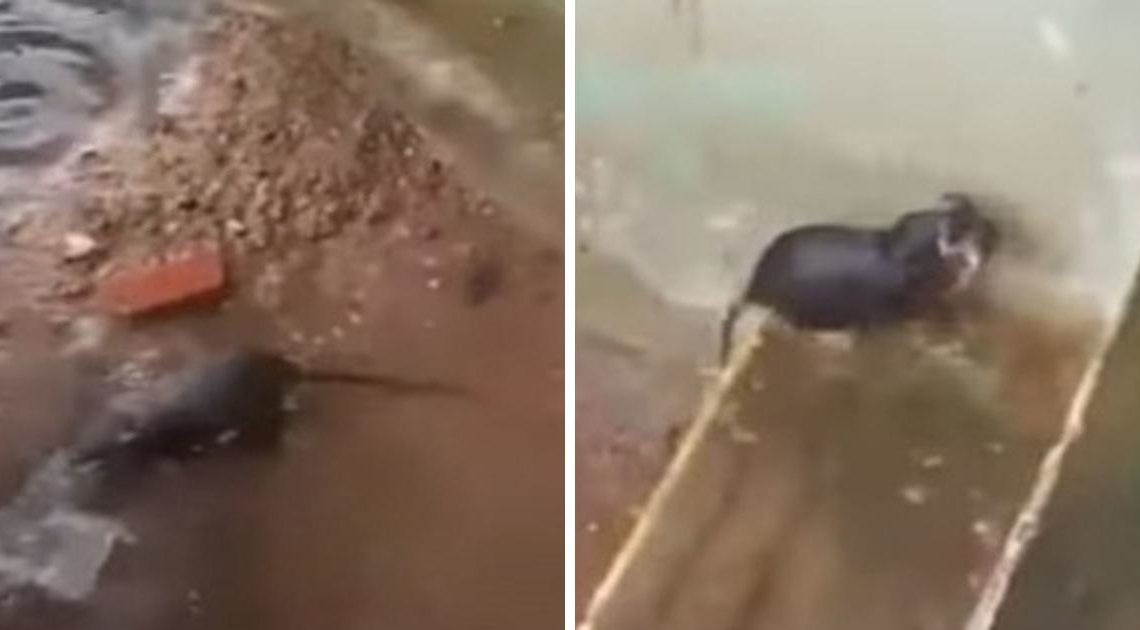 No one likes to find a rat in their house, sure. They have a reputation for being carriers of the bubonic plague, have an association with filth, and typically become household pests unless you’re keeping them as pets. However, one passer-by filmed a mother rat doing what any other mom would do – saving her children from danger, even if it meant putting herself at risk. Even in the worst of situations, this rat mother clearly understands that she has to save her babies, no matter what. 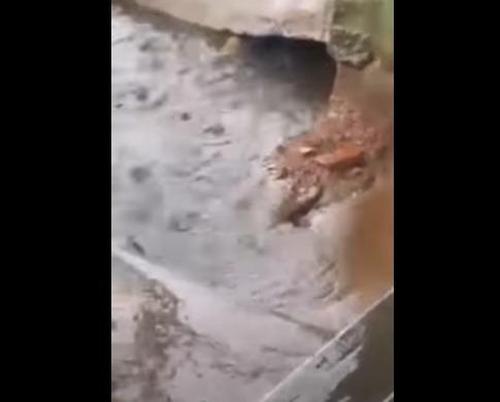 As it happened, a relatively unexpected storm hit in Reddit user VaeVictis27‘s neighborhood. This caused many areas of the city to begin flooding sporadically. The floods weren’t horrible for humans, but for this rat mother, they were dangerous. Her nest, where she had just recently given birth, had flooded.

If you look closely at the video that VaeVictis27 posts, you can see that these babies are still relatively pink. For those who are not familiar with rats, as they age, they develop a protective, water-proof coat that helps keep them safe in high-water areas. These baby rats, however, are still bright pink. This suggests they were likely only a few days old, still newborns, essentially. 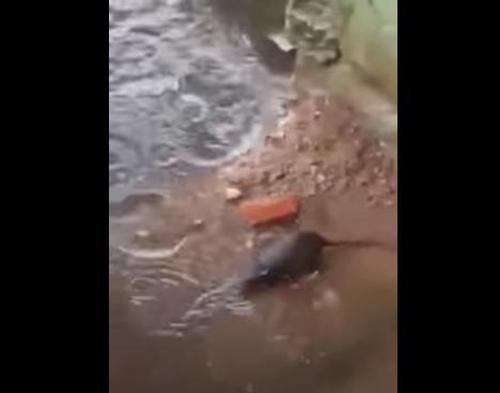 Keep in mind that rats are perfectly capable of holding their breath for a small amount of time. However, as you watch the video, the mother rat has to dive deeper and deeper each time she goes to rescue one of her babies. And she’s only able to rescue one at a time, meaning she has to make multiple trips to get each of her children to higher ground.

Simply by watching, you can tell that she knows she is racing against the clock. The mother rat works quickly, though. Each time she dives under the water, you have to wonder if she’s going to come back up and if she made it in time to save the rest of her babies. 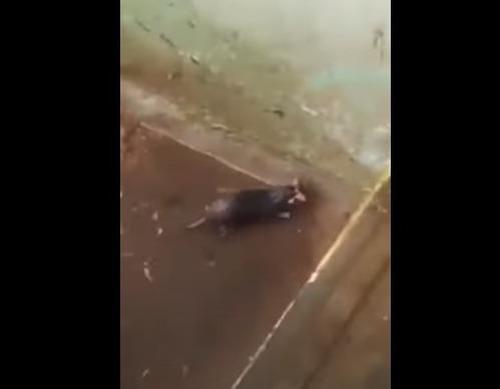 By the end of the video, it’s obvious that the mother rat is exhausted and trying her hardest to make sure each of her babies makes it out alive.

Many of the individuals in the Reddit comments gave the Reddit user some backlash for not trying to help the rat initially. However, other Reddit users justified the experience, citing their familiarity with owning and raising rats in the past. Because this is a rat in the wild, the mother designed her nest to protect her children from potential danger. 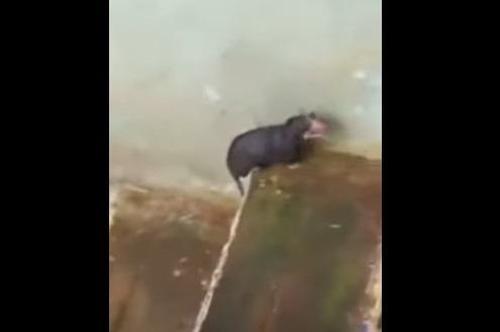 Therefore, if the Reddit user had tried to reach in and help her, they could have potentially crushed the nest on accident – after all, it is not even visible in the video due to the water levels. Alternatively, they may have scared the mother rat away unintentionally. Ultimately, they did the right thing by waiting for the mother rat to resue her babies on her own. 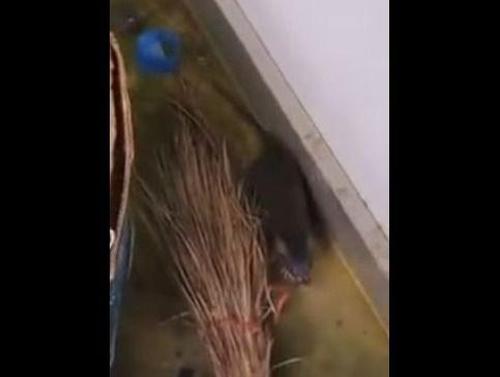 At the end of the day, the mother rat truly worked diligently to make sure her babies did not drown. The Reddit user explains that they feel a kind of kinship with rats, as it’s clear in this video that they do the same things we do. They work off on instinct and simply try to survive.

Most mothers would have said much the same thing. It happens in a variety of animals. Saving your children is a natural maternal instinct. This rat knew that she could potentially be putting herself in danger going after her children. Moreover, she was exhausted, but she still tried her hardest to get them to safety.

Let us know what you think of this heartwarming video Don’t forget to spread this amazing story to your friends and family!