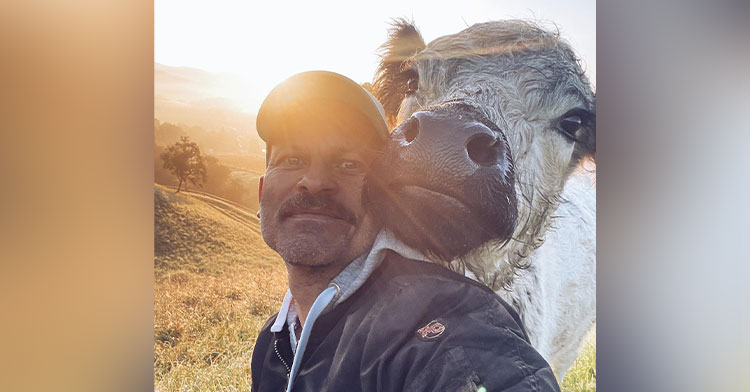 Joar Berge’s love for anything with four hooves is nothing new. As a child growing up in the small, mountainous village of Odenwald, Germany, he was always surrounded by farm animals.

In fact, he used to consider a cow named Rexi to be his best friend in the world. 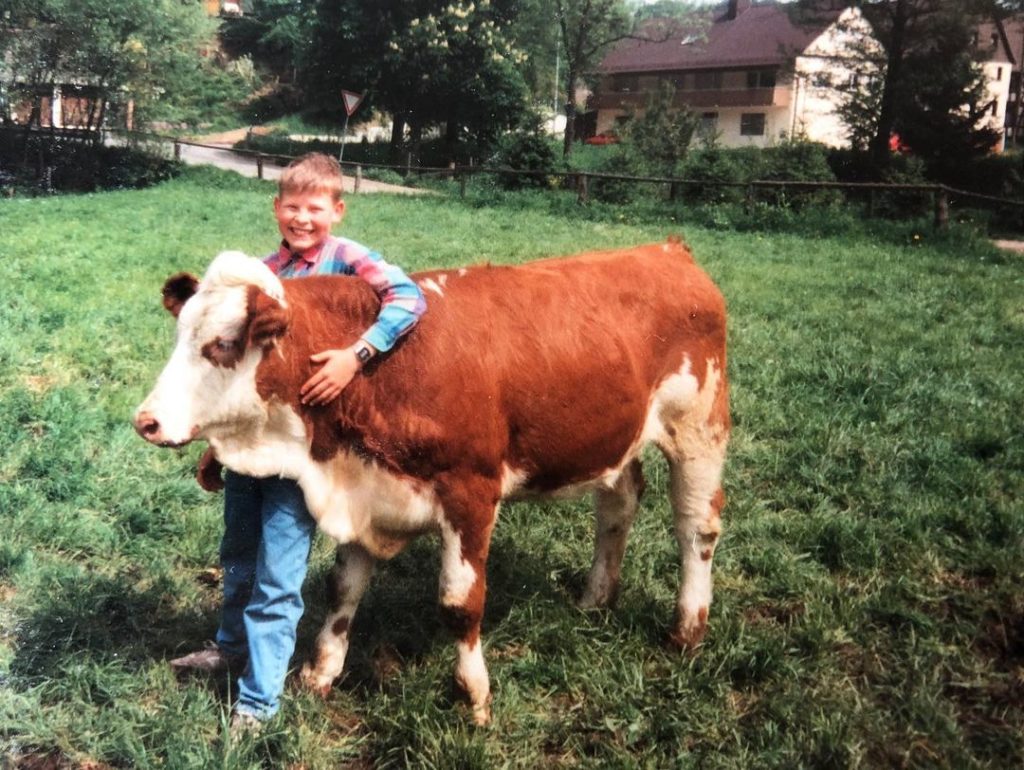 Joar spent countless hours frolicking with the cows in their pasture. He even learned how to ride by climbing onto Rexi’s back! As he got older, he drifted away from the farm and moved to the city of Mannheim for work. He spent much of his early adulthood working and living an urban life, but he never forgot how it felt to live among animals.

“As nice as this time was, the special connection to cows and nature has never let me go. I always knew that one day I would have cows of my own,” Joar wrote on his website. “This desire got stronger and stronger, until at some point it was clear that it was time to start the journey back to my roots.”

One day, Joar couldn’t ignore the call of rural life any longer. He quit his job and moved back to his hometown, where he promptly adopted two rescue cows. 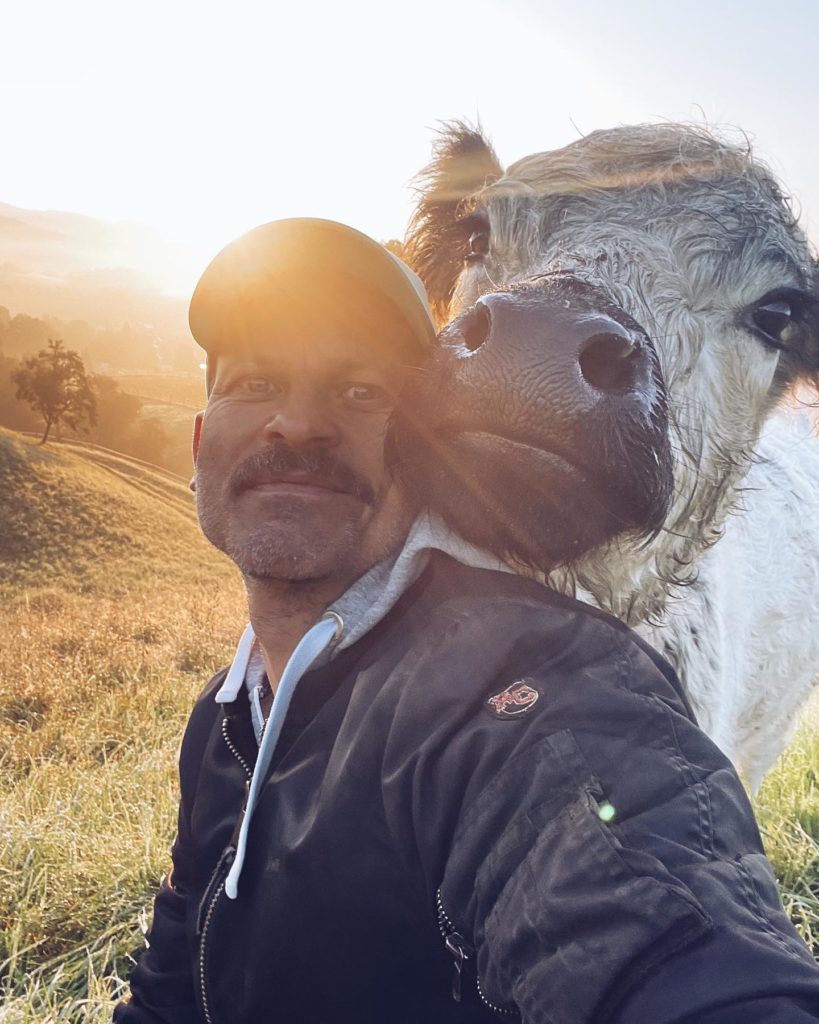 This proved to be a pivotal moment in Joar’s life. He devoted himself to rescuing farm animals and enjoying nature. He describes these moments as “bliss,” and he loves everything about farm life. 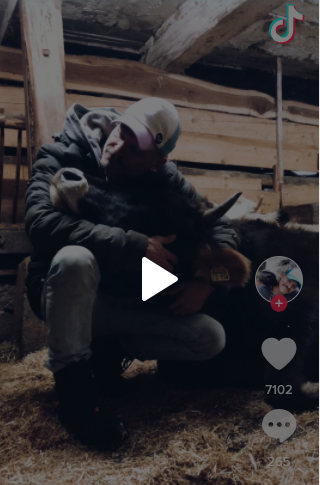 The nature, the animals, and the experiences impress me every day anew. All of this teaches me patience, mindfulness and changes my view of so many things. Sometimes I am so overwhelmed by the impressions and experiences that I am completely overwhelmed.

His deep connection with animals eventually led him to pursue a plant-based, vegan lifestyle, which he calls “a natural process when you start to meet animals at eye level.” He is now an advocate for plant-based eating and hopes to change the way we view farm animals as food, preferring that we view them as intelligent companion animals like dogs and cats. 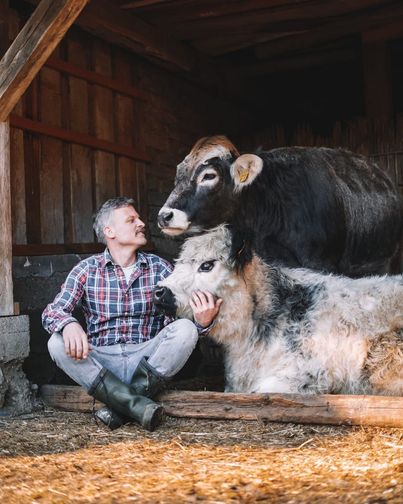 In 2020, Joar and some like-minded friends founded a nonprofit called Lebenshof Odenwald eV. This animal shelter is a refuge for unwanted farm and wild animals like cows, goats, pigs, chickens, ponies, rabbits, dogs, and even deer.

Online, Joar maintains a strong social media presence and has thousands of followers worldwide. He has become known as the “Cow Whisperer,” or occasionally the “Mustache Farmer.” Joar enjoys both monikers, especially if it means getting his message of farm animal friendships out there!

“It has become my personal mission to show the people out there what wonderful creatures the so-called farm animals are — individuals with distinct personalities, emotions and feelings.”

Joar is on a mission to change the way people think about cows and other farm animals. Judging by the adoring way these cows gaze at him, we’d say he’s definitely onto something!

Share this story to tell others about the “Cow Whisperer.”