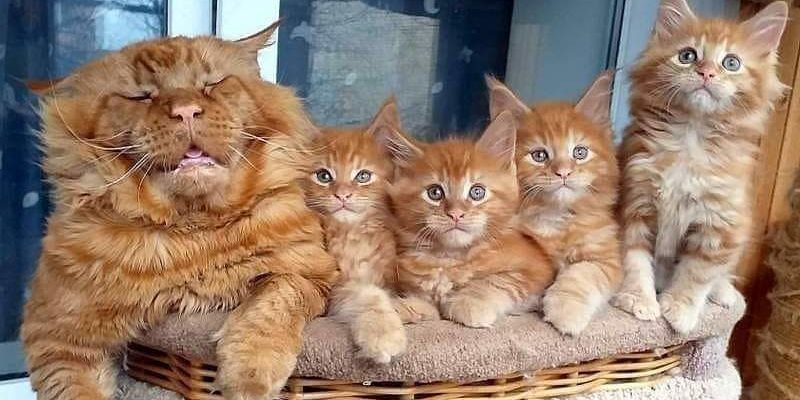 Everyone knows that being a parent is hard enough. And it doesn’t matter who you are, a person or a cat.

The popular Maine Coon named Joker understands perfectly well how it is to bring up your own tomboys. Recently, he finally had four cute kittens. And you have to keep an eye on them. 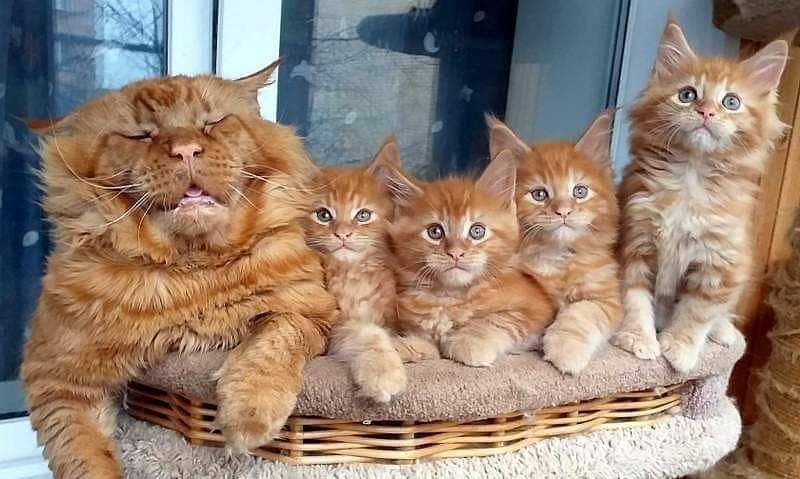 The other day, the Maine Coon dad amused his fans a lot. His owner posted a picture where he is right under the numerous camera flashes.

Many in the Joker recognized themselves and felt sorry for the cat. In fact, in the picture, he really looks very tired. 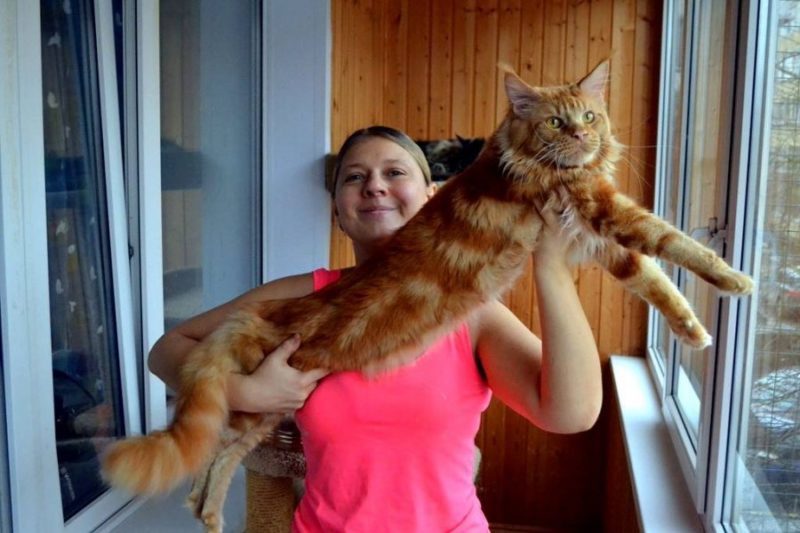 The famous Maine Coon used to surprise the public too. Fans are in awe of his size.

The owner of the cat said that it is quite difficult to keep such an animal, because Joker loves to eat a hearty meal, so she has to cook very often. Users often say that the cat’s face has a very human-like expression. 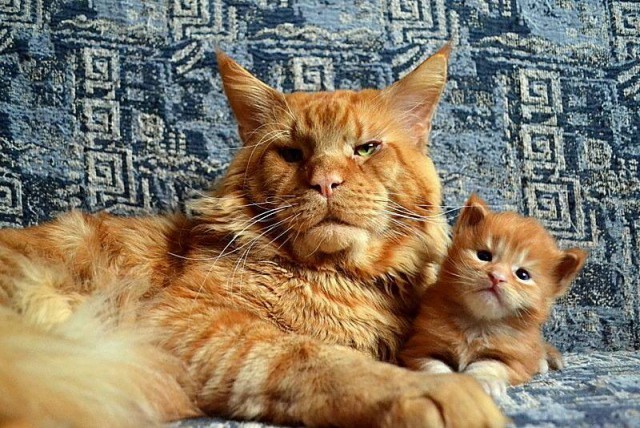 He always looks at those around him lazily and condescendingly enough, which many are touched by.

The Maine Coon dad loves his own kittens. He licks them well, plays with them, and also takes them to sleep in their special basket. After a hard day, Joker can finally lie down on his couch.