Cat Named ‘Angel’ Saves His Human From Fire Before Sadly … 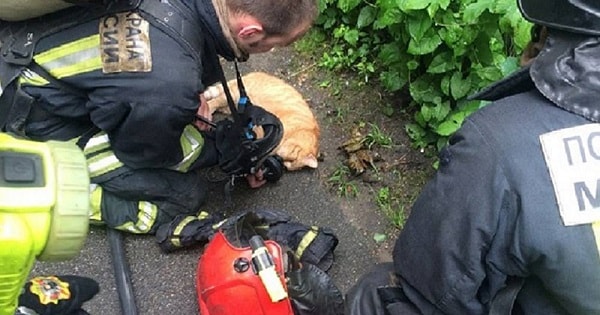 TEXAS – A 74-year-old men in Grand Prairie, Texas, lost the home he once shared with his wife and son to a terrible fire right on Valentine’s Day.

However, he could’ve lost his life if it weren’t for his pet cat that alerted him.

Reed McIntosh explained that he was asleep when his home caught fire Tuesday morning. It was one of his five cats named Angel who woke him up thus, giving him the chance to get out of his home safely. Sadly, Angel and the rest of his pets didn’t make it.

McIntosh has made many memories in his home. It was where he and his wife, whose name was Elaine, raised their son. It’s also right where the 74-year-old mourned her passing from cancer in 2007.

For the past ten years or so, McIntosh claims his sole source of comfort has been his five cats.

Early Tuesday morning, McIntosh was fast asleep in his bedroom when Angel, his 7-month-old cat, began pawing his face.

That’s just when McIntosh heard some beeping that at first, he believed was coming from his computer. However, what is was was a smoke alarm going off near the garage. McIntosh says he got out and called 911.

Grand Prairie firefighters arrived and began fighting the flames and searching for the cats that were still inside.

McIntosh stated a woman with animal control brought the cats out who had died from smoke inhalation in a clothes basket so would be able to say goodbye.

“Which I thought was very thoughtful and brought them up on the porch, and I held them,” he stated. “I loved them.”

McIntosh stated that he removed their collars for ‘safe keeping’.

He explained that removing Angel’s collar was the toughest.

The cause of the fire is still under investigation but does not appear to be suspicious.

McIntosh did have insurance on his home but says no amount of money can ever replace his beloved cats.

He also owned an online business selling stuff on eBay. He says all of those items were lost in the fire, too. He has set up a GoFundMe account to get help getting back on his feet.