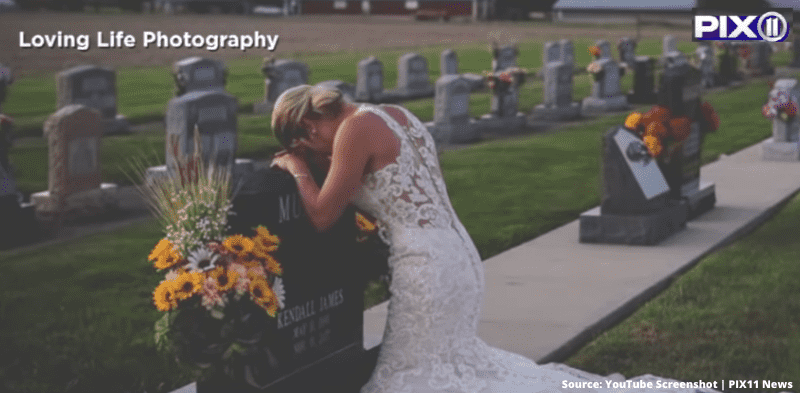 Jessica Padgett was counting the days before she could finally marry the love of her life, Kendall Murphy. The bride-to-be had already picked out the perfect gown, booked a DJ, and finalized their dinner menu. The couple was all set for their September 29, 2018 wedding. But in a cruel turn of events, 27-year-old Murphy was tragically killed in an accident on November 10, 2017. On that fateful day, the volunteer firefighter had arrived at a car crash scene in Daviess County, Indiana. As he was assisting a victim, an alleged drunk driver fatally hit and killed him. 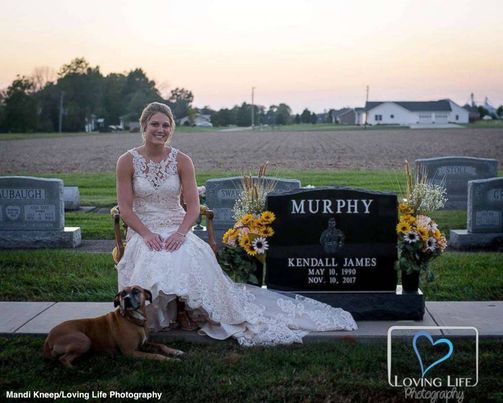 Understandably, Padgett’s world had come crashing down. “I remember falling out of my bed numb from head to toe when I heard the news,” the heartbroken woman told ABC News. “I felt like someone was playing a dirty joke on me like I was having a complete nightmare.” Before Padgett could come to terms with the reality, she was canceling all her wedding plans. While doing so, she realized that there was something that she just had to do and thus asked her mom, Katrina, to reach out to a professional photographer, Mandi Knepp, with a very unusual request. 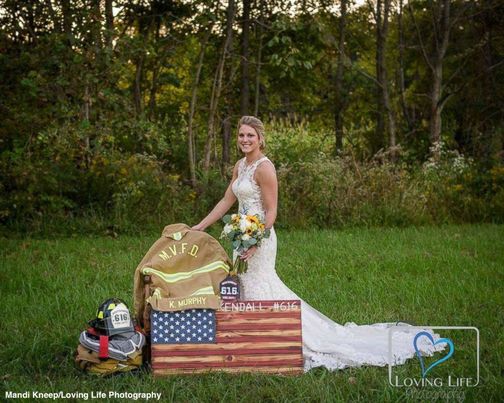 Katrina asked Knepp if she would be willing to do a wedding photoshoot with Padgett on the day she was supposed to get married to Murphy. Although she had never worked on such emotional projects, something made her say ‘yes’ quickly. On the day of the shoot, Padgett arrived at the park looking ever bit the bride she had hoped to be. Donning a lace-embroidered white dress, she was holding a bouquet of yellow sunflowers and was surrounded by her family and friends. “It’s the day you dream about when you are little: You found the man of your dreams and you’re going to marry him,” she shared. 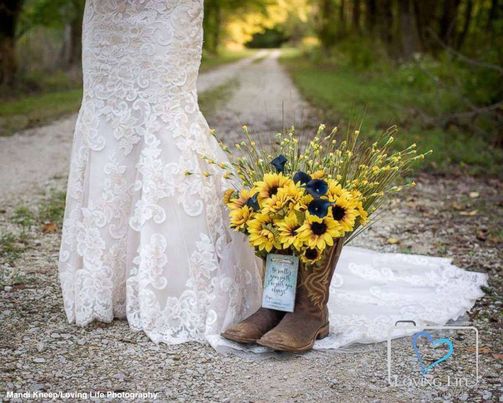 Although Murphy was no longer alive to see this day, Padgett made sure to observe it anyway to celebrated the strength of love. Shrugging off the immense pain, the bride was determined to memorialize the man she loved but lost. The photoshoot was extremely emotional, as everyone was present except the groom. In Murphy’s place was his firefighter uniform, hat and boots, and an American flag. Beside it was Padgett, standing alone, wearing a weak smile. Having done the shoot, Padgett knew she had done the right thing. “It was closure,” she explained. 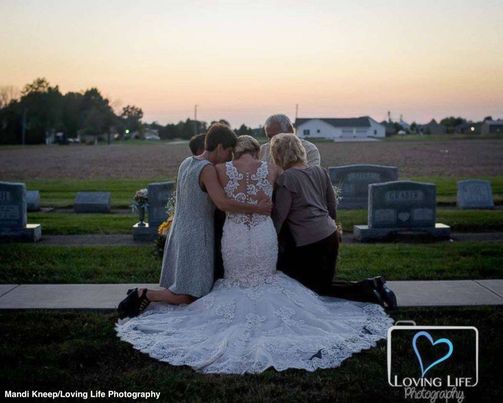 “I’ve been through so much and it led to our wedding. This is the finale of us. I wanted to celebrate it, even if I don’t get to walk down the aisle and say I do,” she added. According to Montgomery Fire Chief Tim Showalter, Murphy was struck by a Dodge Ram pickup truck. The driver, Colby Blake, was responding to the accident scene just like Murphy. But unlike the deceased, he had been drinking. Per reports, Blake admitted that he had six drinks before he sat behind the wheel and was apparently talking on his cellphone before the crash. As a result, he was charged with causing death while operating a motor vehicle.