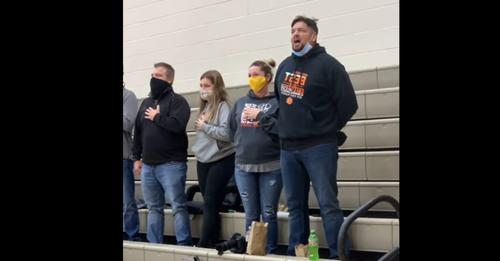 When it comes to performances sometimes things don’t go as planned. Technical difficulties arise all the time especially at the worst possible moment in time when you need them to work the most.

Dad takes action
So when the sound system at a high school basketball game failed right before the music to America’s national anthem, “Star-Spangled Banner” was about to play, one dad had to take matters into his own hands.

The moment happened as the Waverly High Tigers and the Portsmouth West High Senators were preparing for their game in West Portsmouth, Ohio. As people attempted to fix the music, dad Trenton Brown realized that if the show was to go on then now was his time to shine.

Without any hesitation, he begins to belt out the national anthem without any music to accompany him.
There’s no doubt about the fact that this patriotic moment gave us chills. Trenton has a powerful, impressive voice that caught the attention of the whole room instantly, and one by one, people began to join in and sing with him. 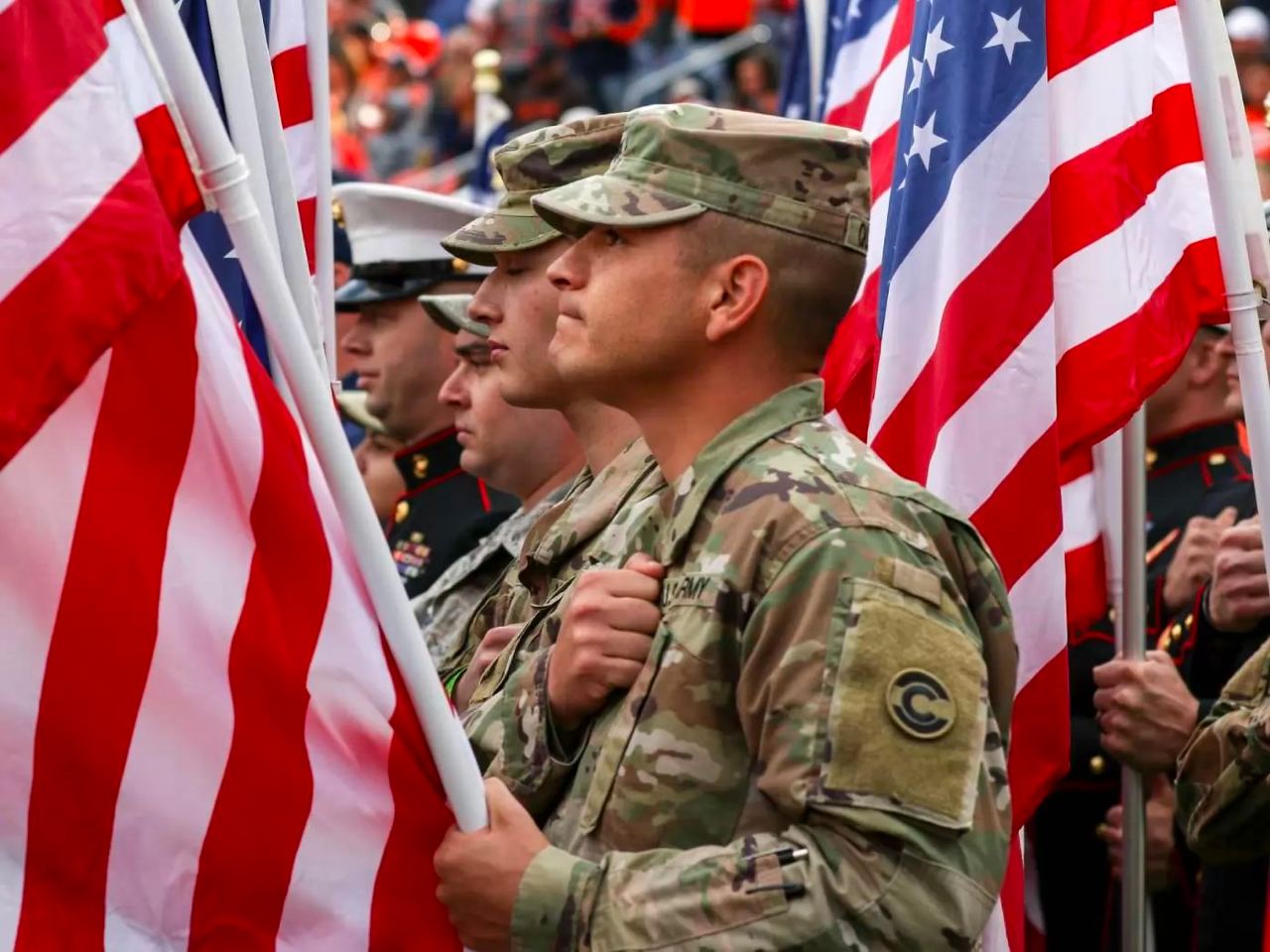 Trenton sings the whole song in perfect tune, and is met with a thunder of applause at the end. It’s certainly a different performance of the national anthem than usual, and some might argue that it makes a nice change!

Caught on camera
The moment was caught on camera by Johnny Futhey, whose son plays alongside Trenton’s son on the Waverly team. Johnny was blown away by Trenton’s voice, and shared his video onto Facebook for us all to see.

The video became an overnight sensation, with over 31k likes and thousands of shares and comments as people took in Trenton’s incredible performance.

“He brought about everyone in the gym to tears when he saved the day by standing up in the crowd and singing the anthem,” Johnny said. “When I originally posted I thought it would get some interest but didn’t realize it would be like a million views!” he said. 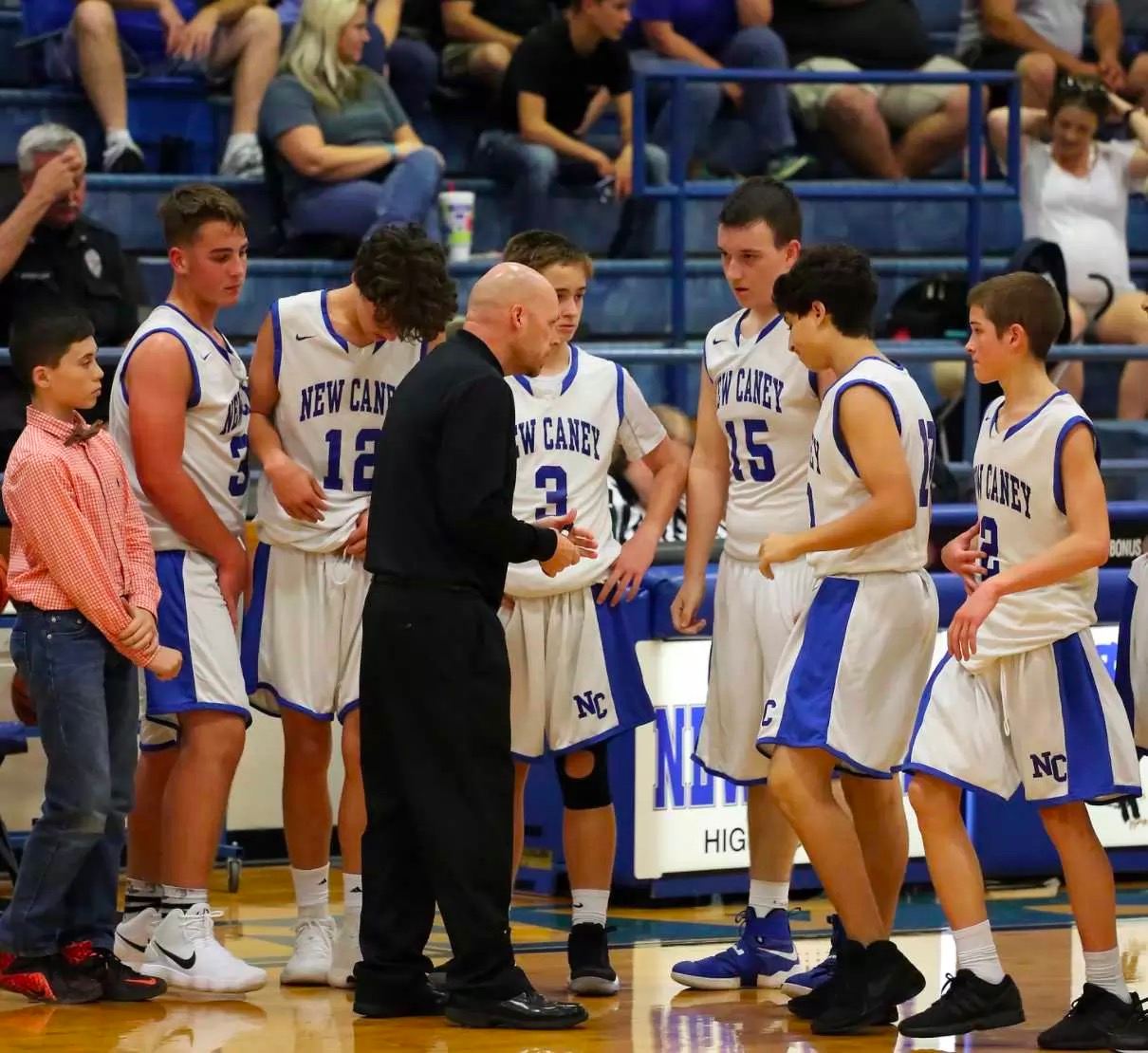 He added, “I posted it because I was like, the world needs to see this.”

You have to be brave to stand up in front of a crowd and put on such an impromptu performance, but Trenton made it seem to easy!

“There was a lot of awkward silence … and then I started singing and that was it,” he said.

His wife pushed him to do it
Apparently, knowing what a good voice her husband had, Trenton’s wife had been the one to persuade him to perform.

Stepped up and RIPPED the anthem when the sound system failed

We’re not surprised to hear that Trenton already has some experience in singing and performing- though he’s never sang the national anthem in front of a live audience before!

We’re sure after this performance, it certainly won’t be his last! To hear this incredible dad for yourself, watch the video below.