Animal shelter rescues cat, soon realizes it has a special gift for helping other sick animals 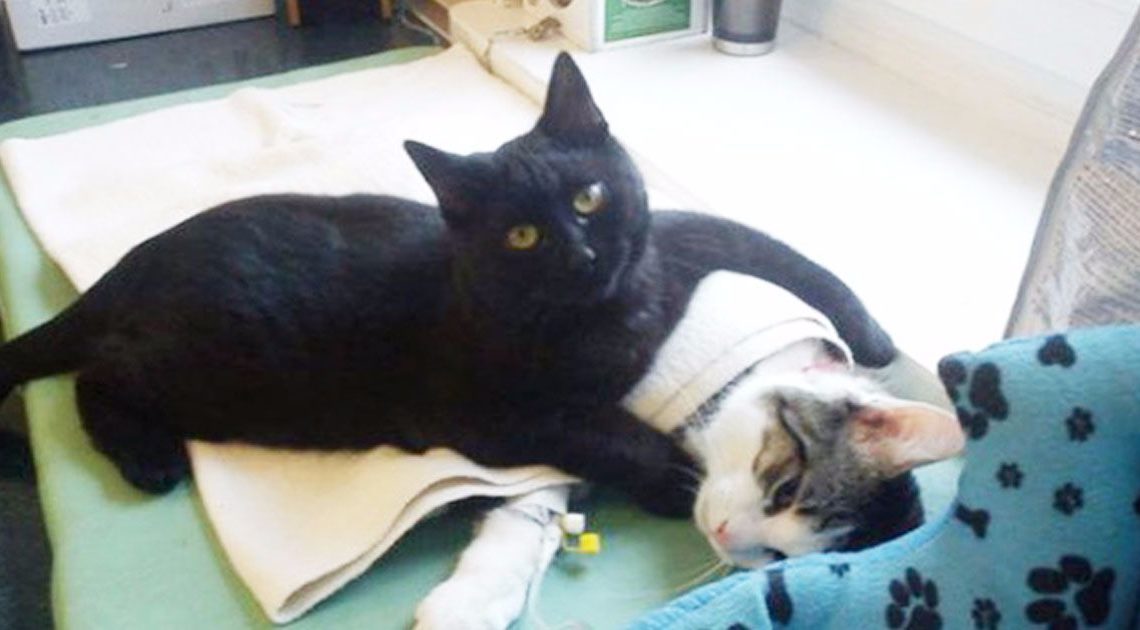 0
SHARES
ShareTweet
Meet Rademenesa, a Polish rescue cat and former patient, who discovered he has a special gift.
Rademenesa was diagnosed with an inflamed respiratory tract when he was just a kitten. He was so sick and young when the shelter received him that staff wanted to put him down. But Rademenesa was a fighter, and when he started purring, the vets decided to give him a fighting chance. 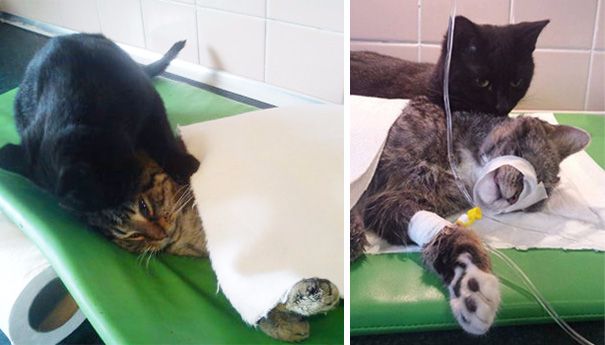 Remarkably, Rademenesa survived his respiratory infection. That is when staff at the shelter realized his special gift: healing. Rademenesa would purr, cuddle, knead and clean other animals who were sick or had open wounds. 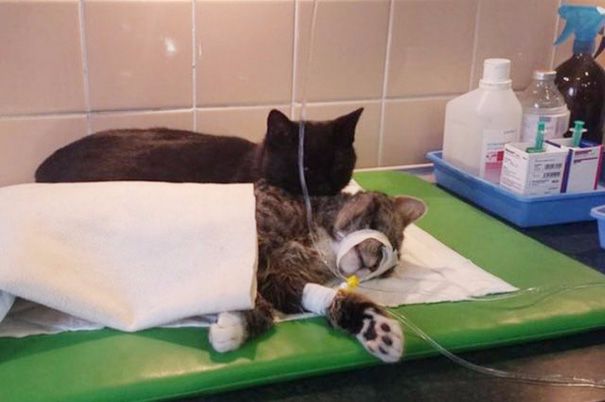 He paid special attention to those who had just gone through a serious operation and needed all the help they could get to survive.
Rademenesa does not discriminate, however. He has nursed both cats and dogs back to health, making sure to clean their wounds by licking and help heal them by purring. Fun fact: According to research, a cat’s purr has healing properties. It can speed up the recovery time of muscles, broken bones, and tendons. 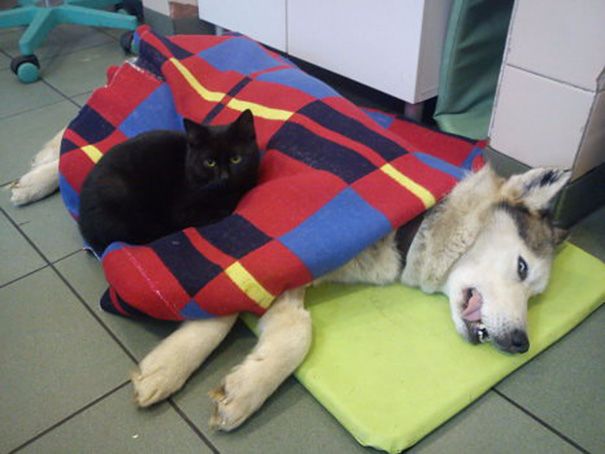 He’s never far from an animal that needs a little TLC. 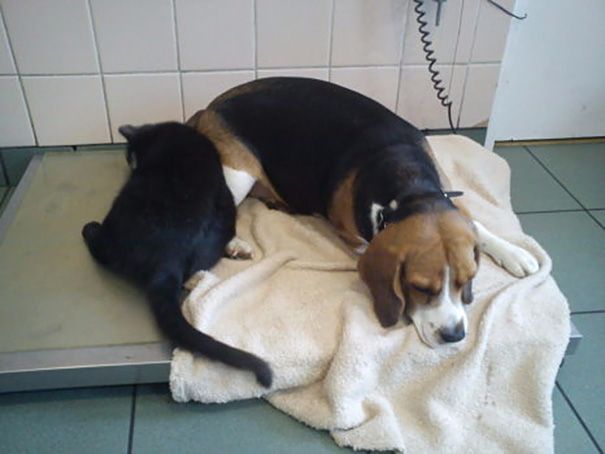 Rademenesa does such a good job that the staff at the shelter joke that he is their full-time nurse. 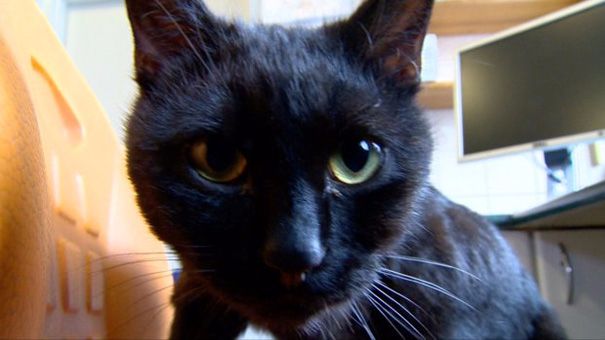