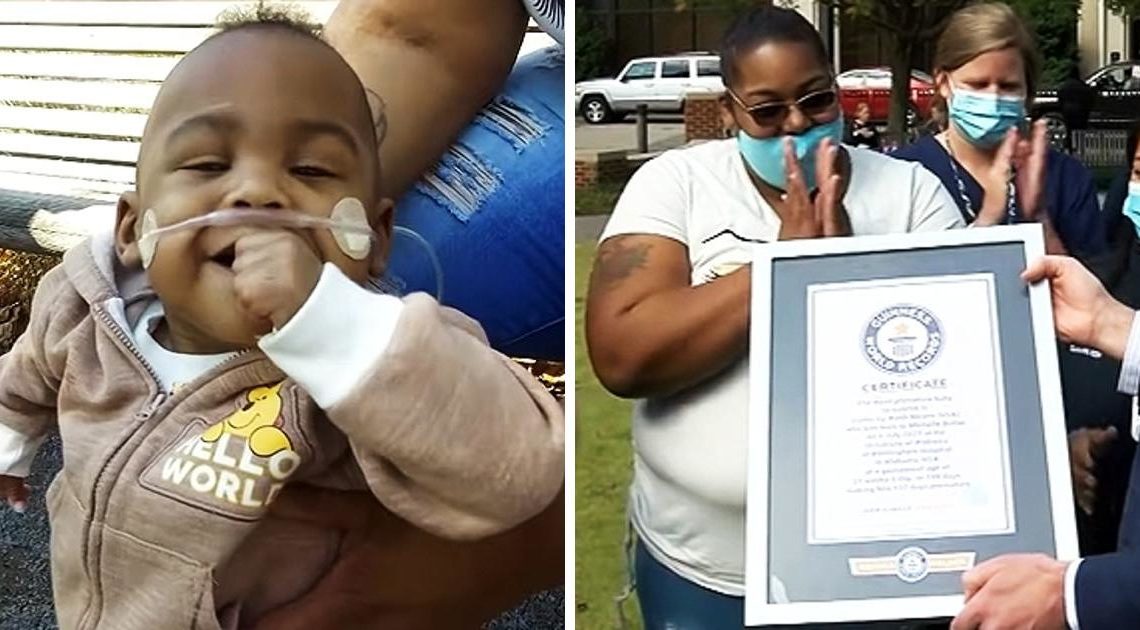 Having a baby is both an exciting and stressful moment for any parent. While there are so many moments to look forward to with your newborn, there can also be some unexpected complications along the way. This was something that Michelle Butler was, unfortunately, experiencing during her pregnancy.

On July 4, 20220, Butler was rushed to the hospital for emergency surgery and was quickly transferred to the University of Alabama at Birmingham in Birmingham, Alabama, which is known for having one of the best neonatology and pediatric departments in the United States. The following afternoon, Butler gave birth to a baby boy that would soon be known as the most premature baby in the world.

Curtis Zy-Keith Means was born at the gestational age of 21 weeks and one day on July 5, 2020. His expected due date was in November of that year, making the baby boy almost 19 weeks premature. He was incredibly small and needed plenty of medical attention, but amazingly responded well to all of the treatment he received. His chance of survival had only been 1%, but he defied the odds.

Now, Curtis is doing extremely well and has even made history with his birth as he has gone on to win the title of a Guinness World Record. His story has also gone on to be shared with many people across the world who have marveled at all of the odds this baby has already overcome. Read on to find out more about this baby boy and his emotional journey. 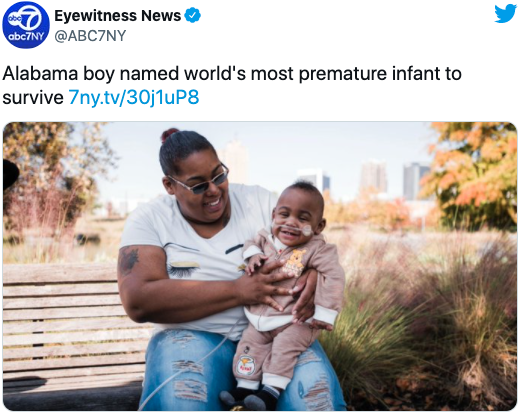 According to Guinness World Records, Curtis is officially the world’s most premature baby, a record that had previously been held by Richard Hutchinson from Wisconsin, who was born at the gestational age of 21 weeks and two days just one month prior to Curtis. As a newborn, Curtis was incredibly tiny and weighed only 14.8 ounces. He responded well to medical treatment and continued to grow stronger and stronger with each passing day. However, he had been one of twins, and his sister passed away just a day after their birth.

“The medical staff told me that they don’t normally keep babies at that age,” Butler said. “It was very stressful.”Dr. Colms Travers, assistant professor in the UAB Division of Neonatology, explained that Curtis had very small odds of surviving. “Survival at this gestational age has never happened before, so before Curtis was born his chances of survival would have been far less than 1%,” he said.

After spending about nine months in the RNICU, Curtis was finally fit enough to go home on April 6, 2021, according to Guinness World Records. He left with plenty of special medical equipment to keep him well and healthy, including bottled oxygen and a feeding tube.

Nowadays, Curtis is “very active,” according to his mother, and has already come a long way. As of November 2021, he is also the recipient of the Guinness World Record for the world’s most premature baby. “Having this record is a blessing that he has accomplished and I’m thankful that (Guinness World Records) accepted him,” Butler said. Curtis has already had an extraordinary journey, and it’s evident that this is just the beginning.

What did you think about this emotional story? Let us know, and be sure to pass this along to your loved one as well.