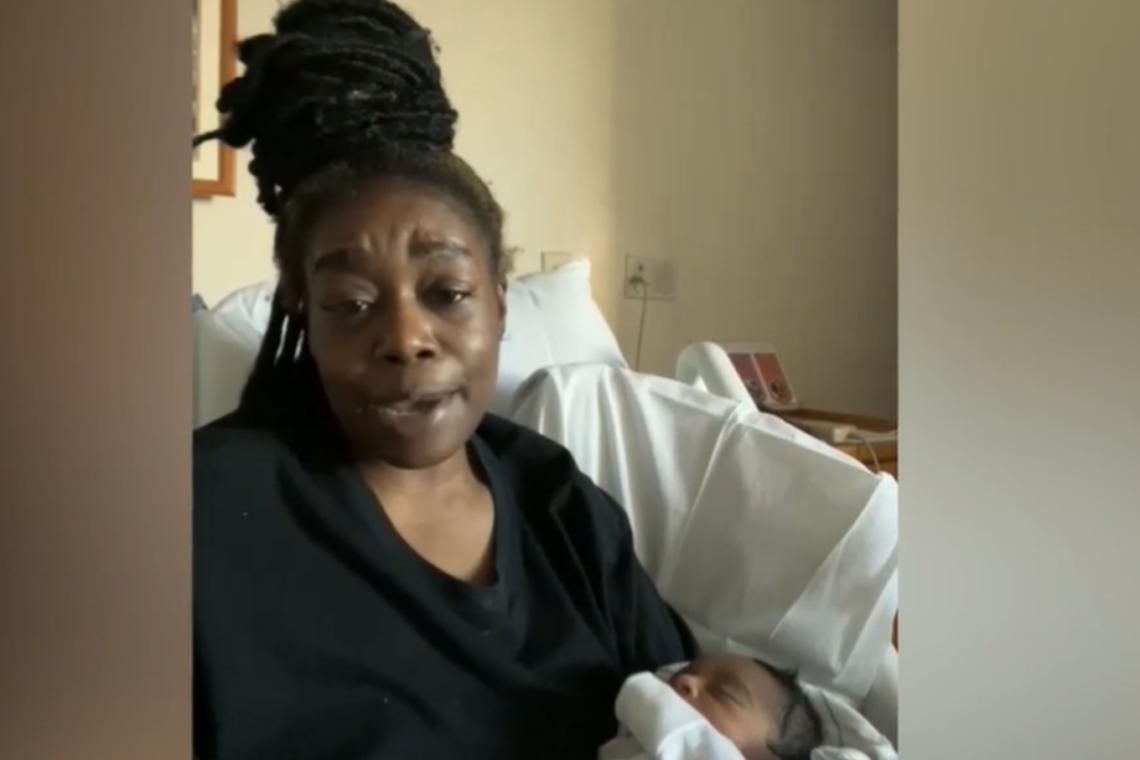 A Louisiana woman was visiting Atlanta for a work trip and delivered her baby while in the bathroom at the Dunwoody hotel, reports 11 Alive.

Victoya Venise, a graphic designer and social media manager, thought she had contracted a stomach bug like her 4-year-old daughter. When she went to use the restroom, she quickly registered that she was in labor, according to Fox 5.

“I turned around, and it was the baby, and I was like ‘gasp.’ I hurried up, and I grabbed him out of the toilet,” she told the news outlet who gave birth on Friday on April Fools Day.

Both mother and child went to Northside Hospital. Doctors and other medical personnel told the danger she and her newborn, named Rocky, could have experienced. Still, luckily the two did not suffer any health issues when they left the hospital Friday night.

She and baby Rocky were taken to Northside Hospital- just a couple of miles away. Venise says doctors and paramedics have told her how dangerous it could have been for them, but the two are healthy and leaving the hospital Friday night, she said to Fox 5.

“They actually thought my due date was May 15 because I was so small. So that was kind of the conflict with them. They thought I was not as far as long,” she said, according to 11 Alive.

Surprisingly, Venise intended to give up baby Rocky for adoption to an expectant family but had a change of heart after this life-altering episode.

“I feel like the experience made me connected to him and made me want to keep him. So I’m going to keep him.”

Venise was already caring for her daughter and did not think she would be equipped to handle another child, but her experience with her new son showed her that she could overcome life’s challenges.

“It happened to teach me that you can do this. Even though I’m a single mom, you can take care of him. It gave me more courage and made me believe I can do this. If I can do that, I must be able to do a lot,” Fox 5 reports.

Venise is now excited to purchase baby items for her newborn.