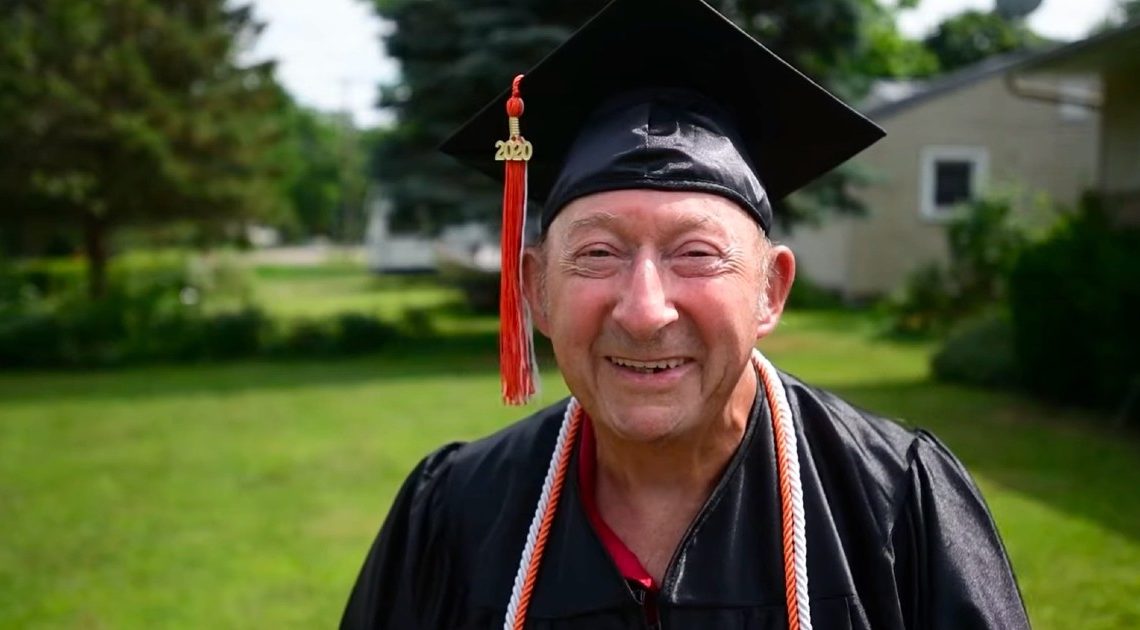 Like many war veterans, Ed Sanders dropped out of high school to fight in the Korean War.

He left school during his junior year to join to the U.S. Air Force, which meant a milestone that so many looked forward to, graduating high school, would have to be put on hold. 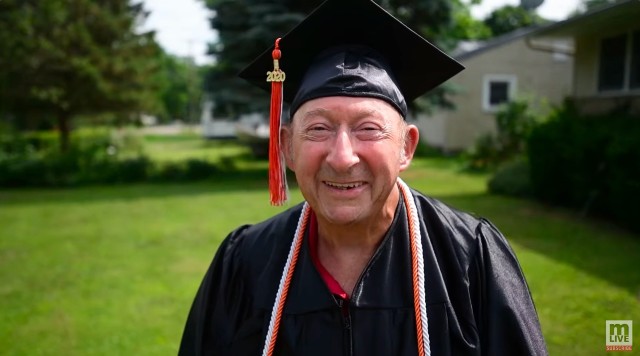 When Sanders was 15 years old he took his first ride in an airplane, he loved it. He began working at a flight school, and in 1952, Sanders left high school in Jackson, Michigan and joined the Air Force with the intention of becoming a fighter pilot.

“Next thing I knew I was in Korea, wishing I was back in Jackson,” he told MLive.

While Sanders’ classmates were at home finishing school, he was flying a B-47 bomber.

“We had a lot of scary moments over there,” Sanders said. “My first day there, I thought it would be my last. You can’t imagine what it was like.”

He served for nearly a decade.

He worked various jobs near his home in Michigan, where he lived with his wife, Patricia, whom he met while home once while on leave.

“(I) thought she was the prettiest girl in Jackson, so I asked her would she wait for me, and she said she would,” Sanders said. “When I got out, we got married.”

Although he accomplished so much in his 87 years, up until 2020, he still didn’t have a high school diploma.

That all changed recently thanks to an act in Michigan which allows veterans from World War II and the Korean or Vietnam War to receive their diplomas.

What will make the moment even more special is that he will get to walk across the stage on August 8 with his great-great niece Alex Bissell.

“I never dreamed I would be able to graduate,” he said. “I’m so thankful for that.”

Congratulations, Ed Sanders and thank you for your service!