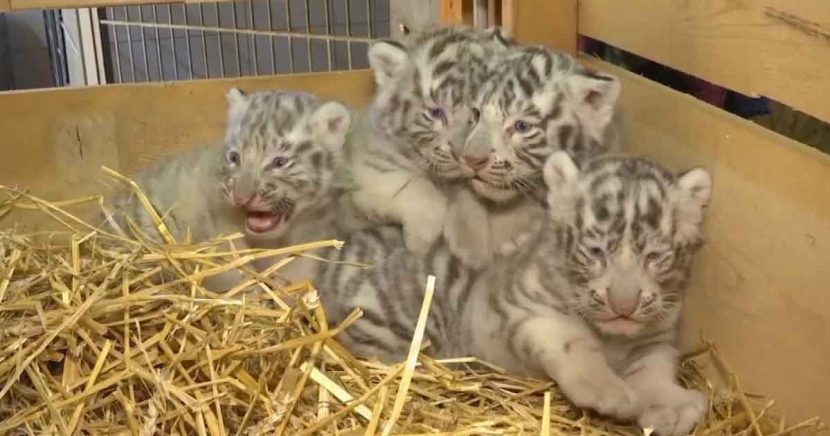 Four 1-month-old white tiger cubs have zoo staff in Austria celebrating. White tigers are rare, so for four healthy ones to be born together is considered a great success. Falco, Toto, Mia and Mautzi, now about 11 pounds each, came into the world at just around two pounds.

This is sad. These babies shouldn’t be placed on display their whole lives. You can clearly see that they’re terrified the way that they sink into the corner of their crate and huddle together. “Screaming out of joy”
more like screaming out of fear, there were cameras, flashes, and people all around them.