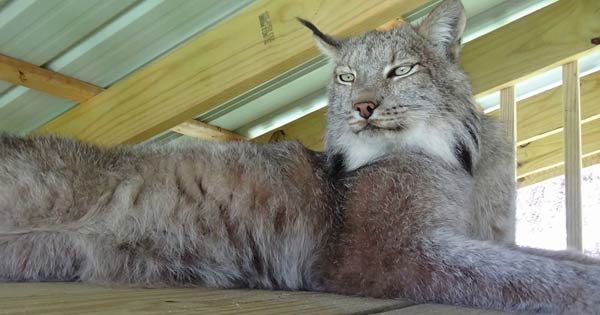 That’s a great structure for Max! He needs some down-time from all the goings-on with the workmen. Needs to get back to his cosmopolitan cheery self.
You do so much for him, Bernie. If I was wearing a hat, I would tip it to you. 😀 You both stay safe and well. Max seems to be doing very well and happy. I hope you all are doing well during this crisis we are all going through at the moment. May we all be able to get back to a sense of normalcy, very, very soon. Take care and give Max a big hug for me, please.

Oh, he is just loving his new private apartment! Well done! It was funny watching him wrap his fingers and toes around each ramp stop as he came down. He knows what to do. Now he has a bird’s eye view of the birds. Awww he loves it, showing off to you how happy he is jumping up on it bless him, I hope he has many a happy peaceful snooze up in his loft.