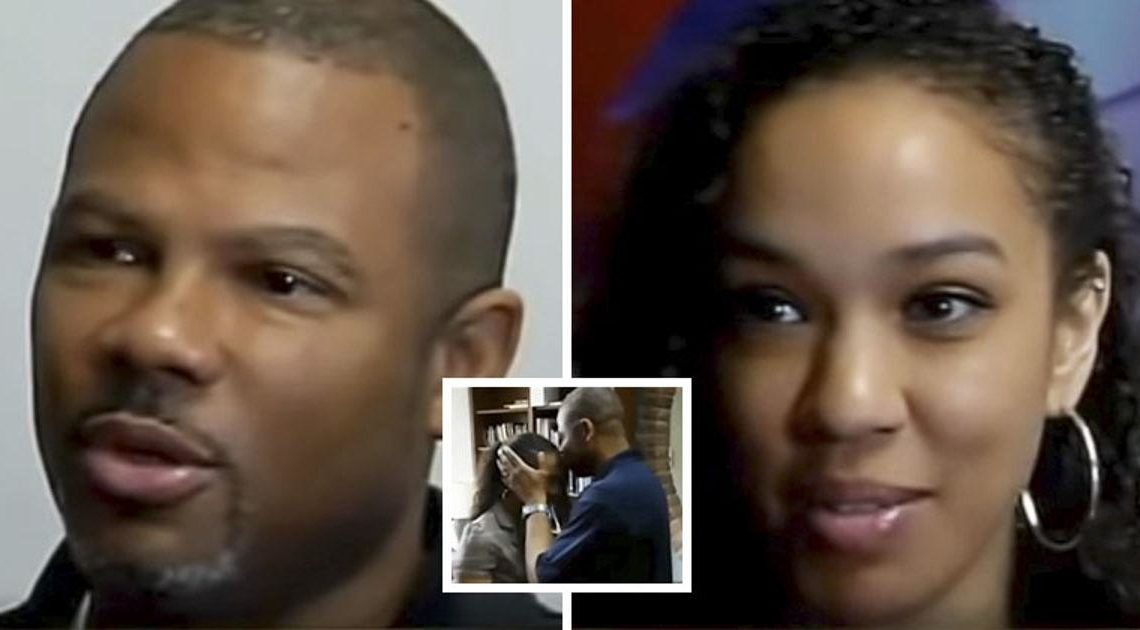 Becoming a parent is a major responsibility, and that means children come first before anything else. For parents, this means that other aspects of their life take a back seat, such as a social life or going out on dates regularly. Sometimes though, being a good parent means that leaving a child behind to allow them to have the best life possible is the right course of action.

Putting a child up for adoption is likely the most difficult thing a person has to decide, but people do it knowing that their children deserve a life that they are not cut out to give at that point in time. When Will Russell found himself with a baby girl, he was just a young kid himself. He was dangerously addicted to alcohol and knew that his life wasn’t the right one for a baby. This is a difficult situation to be in, but Russell decided to make the heartwrenching decision.

He was aware that he would not be able to give his young baby, Amy, the care and stable home that she would need. Shortly after she was born, he decided that giving Amy to increase her chances of having a better life was the best decision for him and the mother. Amy was put up for adoption and Will was forced to move on.

However, as with all parents, after a point of time, it is natural to wonder what happened to your child. Russell was going to find out in 2013 that miracles happen when you least expect them, and that the world is quite small.

As the years passed by, Russell did not forget his young baby. Daily Mail reported that he would pray that someday he would be reunited with her. Russell found himself inexplicably drawn to an organization known as the Phoenix Rescue Mission. According to their website, their goal is to provide Christ-based solutions for people who are homeless and hungry. He began working there as a volunteer but soon became a full-time employee in the ministry.

According to the Daily Mail, Amy decided to start searching for her biological family in 2013. Luckily for her, social media was there to help her along the way. Through it, she was able to connect with one of her siblings, who was then able to give her Russell’s current phone number. Amy was understandably nervous and stressed about calling her father, but she knew she had to make the leap. She mustered up all of her strength and made the call.

It had been more than 24 years with no contact between the two of them. However, Russell was open and ready when he received that fateful call. He told Amy that everything would be okay from now on after hearing that he was talking to his long-lost daughter.

The next morning, the reunited father-daughter team met for the first time in 24 years for breakfast. Russell admitted to Amy the many struggles he had with alcohol abuse and why he gave her up as a baby. He told her about the downward spiral he went through when he was in his 20’s and how it made him turn his life around. He drank for the last time in 2004 and has been clean ever since.

Will then went on to help others who are struggling with beating addiction and staying clean and told his newfound daughter that he was a pastor at the ministry. After talking to Amy about his life and hearing about hers, Will told Amy that he needed to leave for work. When they spoke further about his work, it emerged that the father and daughter had more in common than they had first thought: Amy and Russell had been working at the same organization, and were mere feet away from each other for months without realizing!

“When I first began volunteering at the mission, I instantly felt like I needed to be there,” Amy told the Arizona Republic as per Daily Mail. Russell had also felt the same when he joined the mission, and added, “The mission became a home away from home.”

Russell also said, “It’s been a constant prayer that God would lead me to her life.” The fact that reuniting was so easy for the father-daughter duo certainly meant that it was a miracle in the making, and both of them were grateful to finally meet each other in 2013. Daily Mail also reported that Russell and Amy decided to celebrate Father’s Day together for the first time in 24 years, which meant that it was a special reunion for more than one reason.

Stories like this show us that familial bonds are always strengthened when love is given from both sides, and that some people are meant to meet when the time is right — and nothing will get in the way of that.

What did you think of this wonderful, fateful story? Tell us your thoughts and be sure to pass this along to family and friends!