17-Year-Old Girl Hand-Painted Her Graduation Dress, And It Truly Belongs In An Art Museum 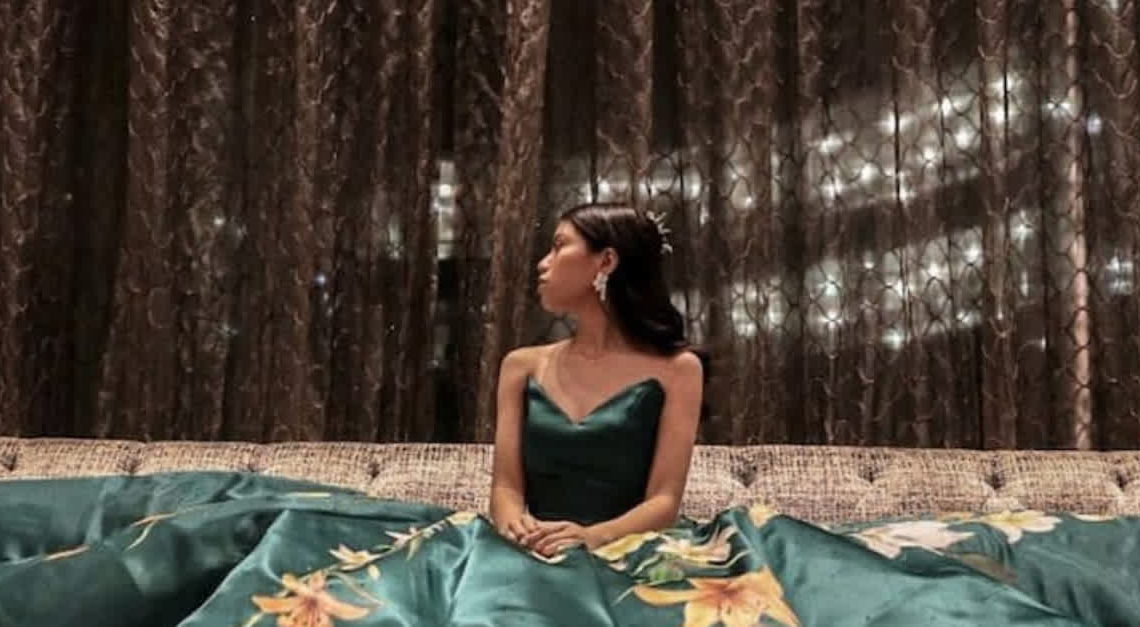 Take one glimpse at the hand-painted dress, and you’ll completely understand why it gained popularity online.

Ciara Gan, who was 17 at the time, designed, sewed, and hand-painted her own ballgown for her graduation celebration in the Philippines. Having very little sewing experience, she relied on YouTube tutorials to get the job done. Somehow, she managed to make an actual princess dress come to life.

Ciara worked on the dress with her mom.

“For the whole of March, my mom and I made (and) sewed each panel of the skirt one by one,” she told Today. “It took me about a whole month to make the whole thing.”

The hand-painted flowers took Ciara five days to complete. But, she says, the challenge was totally worth it.

“The whole process was so rewarding afterwards because I was able to wear one of my own creations,” she said.

Also, she wowed the heck out of her classmates — and eventually, the entire world.

Ciara Gan is a 17-year-old who recently graduated from high school in the Philippines. She also happens to be an incredibly talented artist, and her hand-painted dress has captured the hearts of thousands on social media.

Ciara made the dress to wear to her graduation ball. She originally hired someone to make the design for her, BuzzFeed News reports. But she wasn’t happy with how it turned out, so she decided to do it herself — and she did one heck of a job! 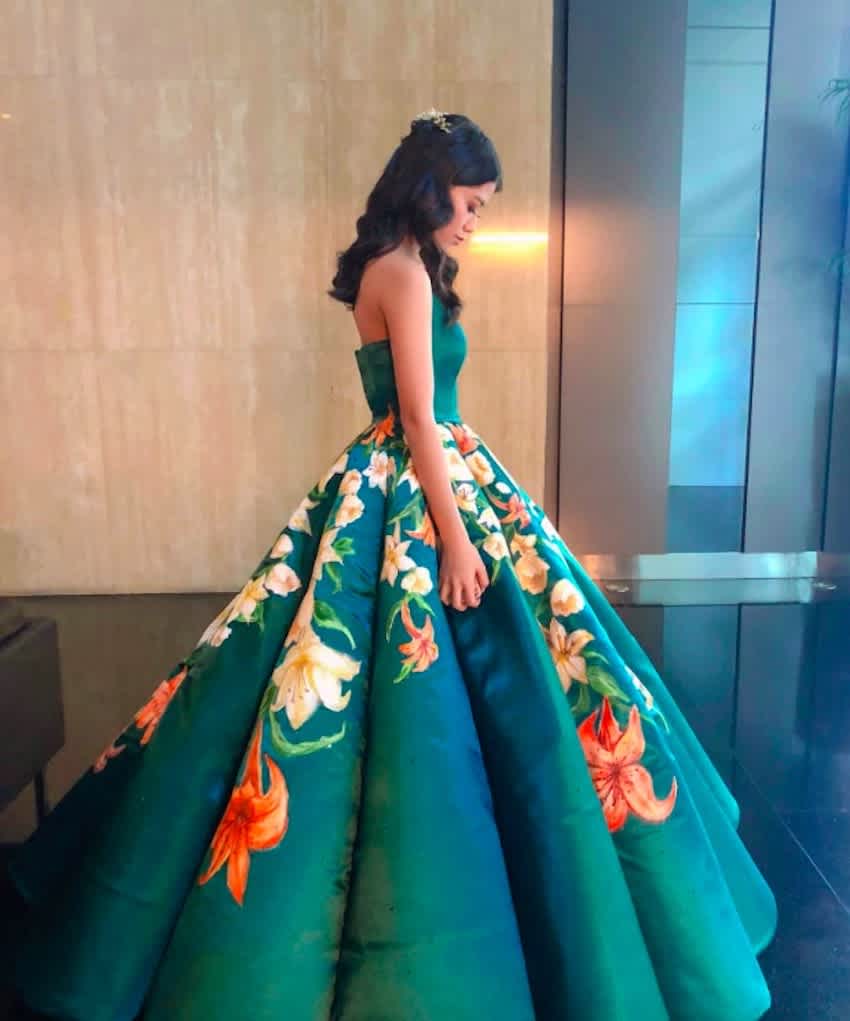 The entire process took about a month. Thankfully, Ciara had help from her mom.

“My mom and I are best friends. We work on DIY projects together all the time,” she told Today.

Ciara’s mom encouraged her to make the dress herself, and Ciara says they “loved the challenge.”

“Because I love to try new things, I thought why not? It was my last big event for school and I had about a month of graduation practices, so I’d be able to focus more on making my gown without worrying about schoolwork,” she told BuzzFeed News. 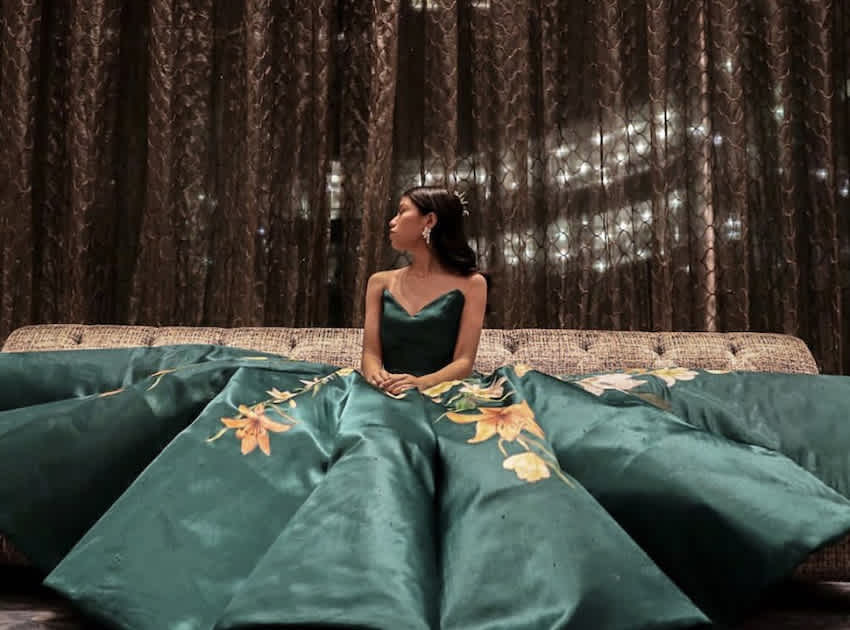 It all started with a simple miniature concept model. From there, Ciara and her mom bought 13 yards of fabric, crinoline, boning, and Swarovski crystals. 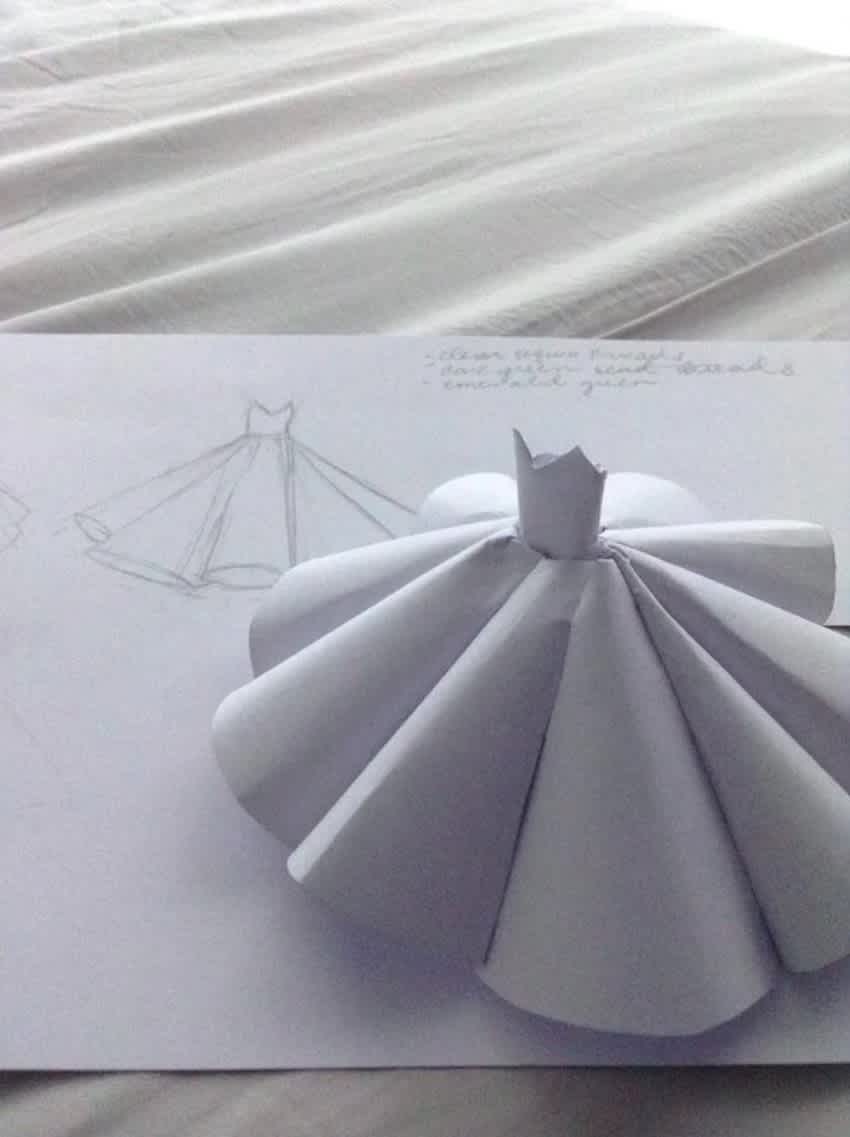 Then they got to work sewing each panel of the skirt, and when the dress was fully constructed, Ciara meticulously painted flowers onto the skirt with acrylic paint. 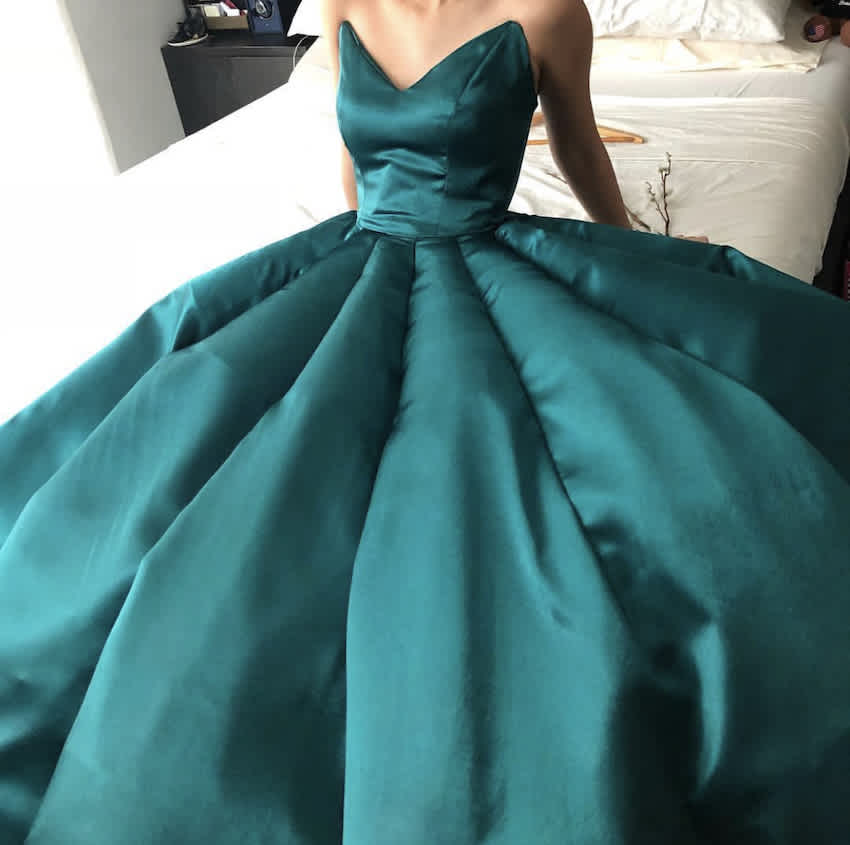 Every part of the design was inspired by the things that bring Ciara joy.

“As nerdy as it may sound, I chose emerald green because I’m an avid Potterhead and a proud Slytherin,” she explained to BuzzFeed News. 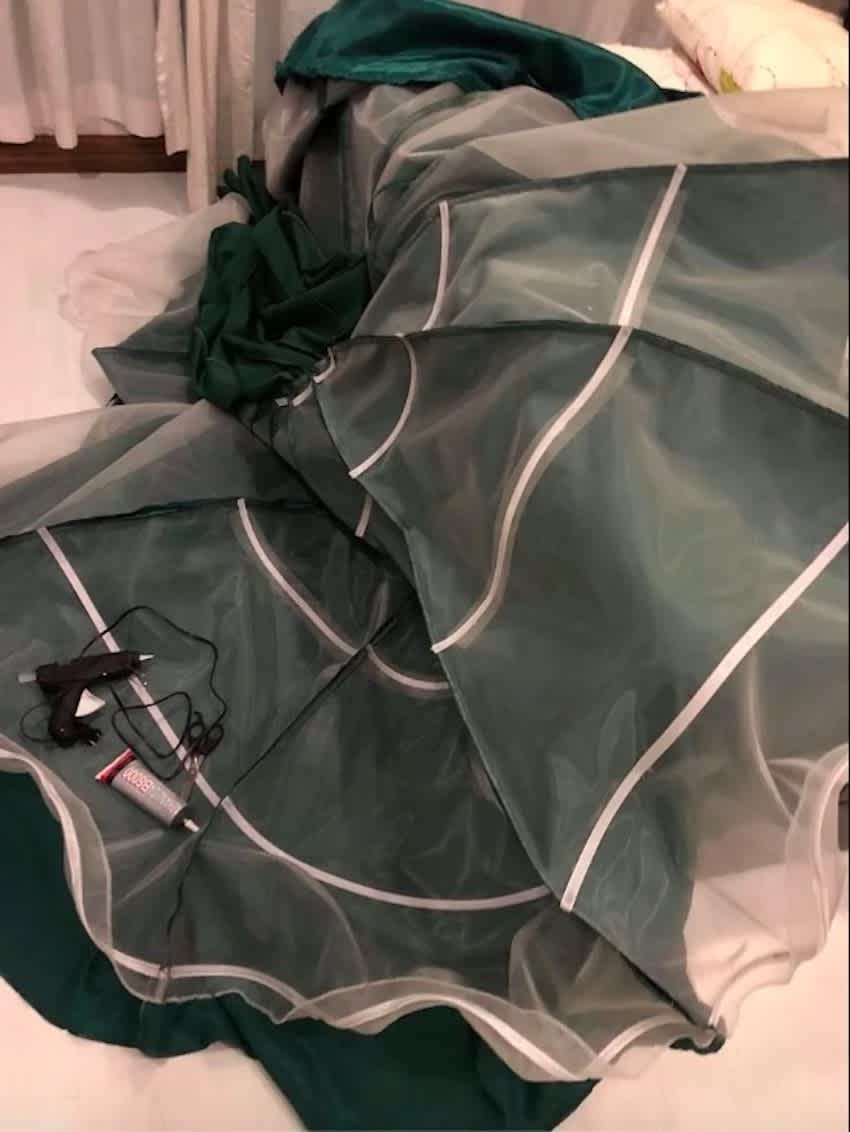 The orange tiger lilies, on the other hand, were inspired by the book Tiger Lily by Jodi Lynn Anderson. They also reflect her colorful personality.

“I strayed away from basic roses and dainty florals because although they’re pretty, they don’t reflect my personality,” she told BuzzFeed. “I love the vibrancy of loud colors like orange and green — they speak more about who I am.” 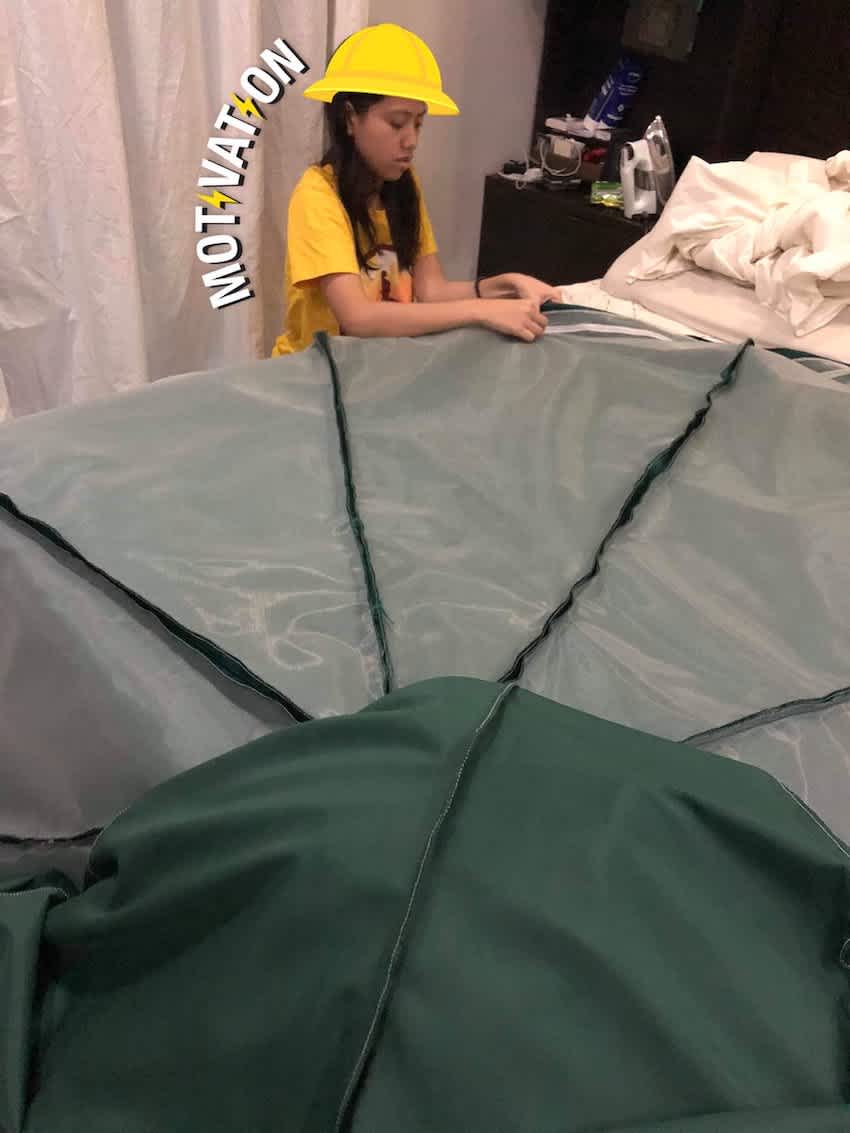 Ciara kept the dress a total secret from her classmates. When she showed up at the graduation ball in her elaborate handmade dress, her classmates were floored. 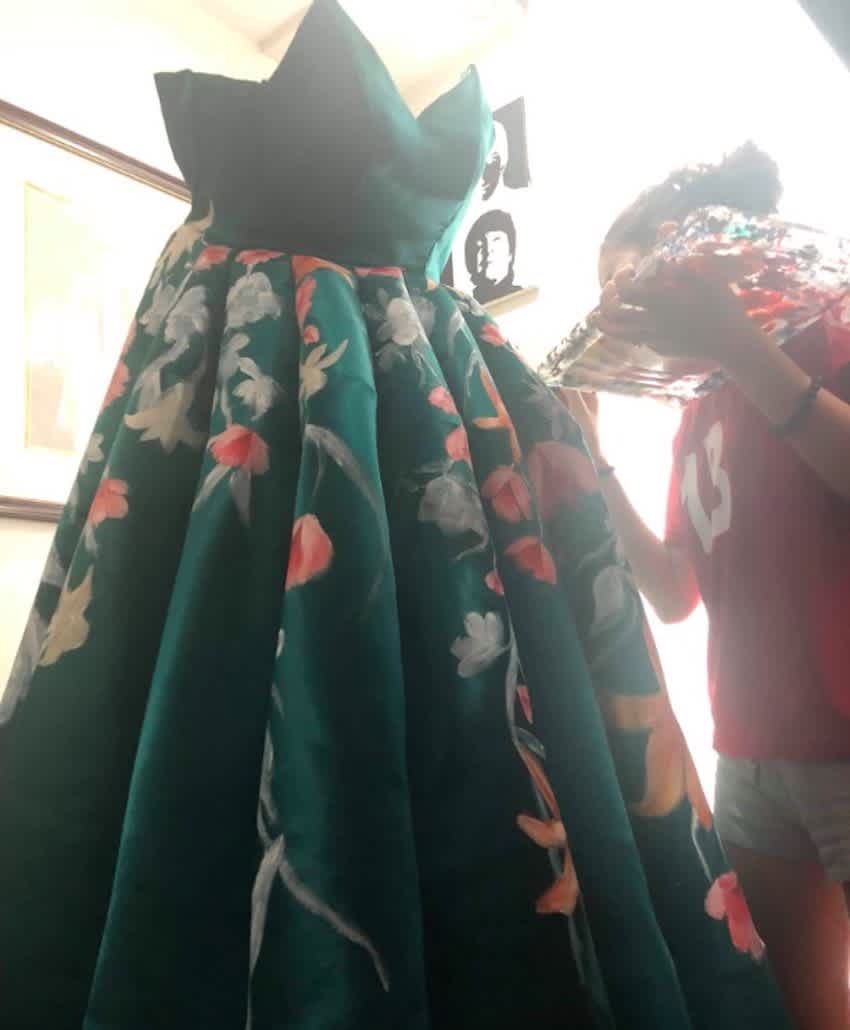 “When I first showed up at the event place, my one classmate took a double take to make sure what he was seeing was right! He told me, ‘I thought it was printed!'” Ciara said. 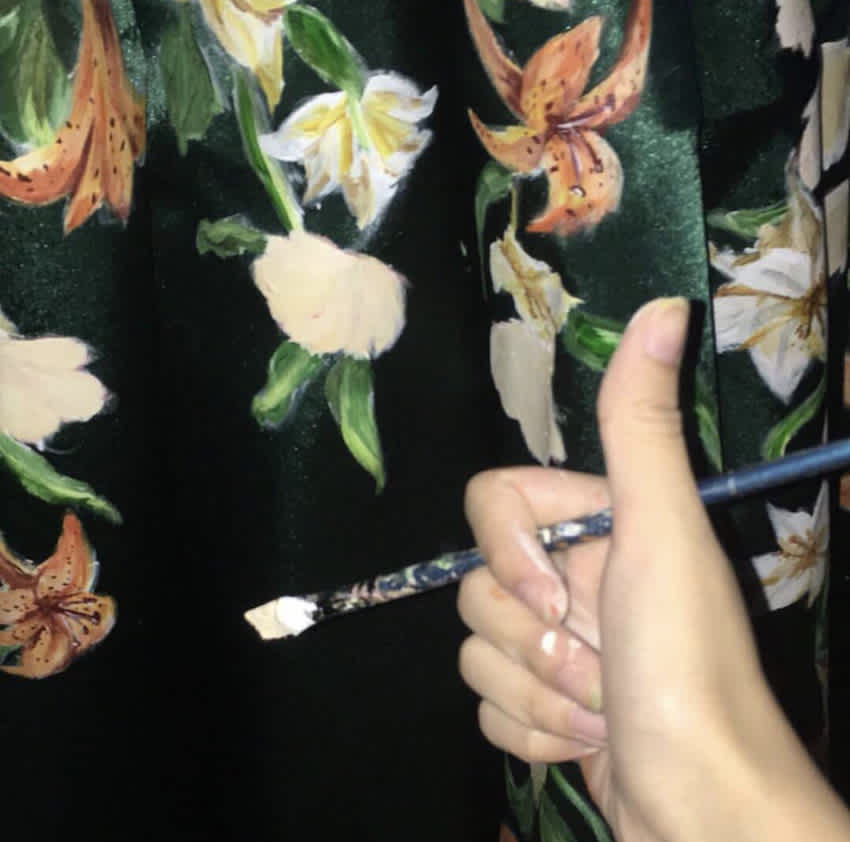 Ciara told My Modern Met that she learned everything from YouTube tutorials. Amazingly enough, this is only the second sewing project that she’s ever attempted. 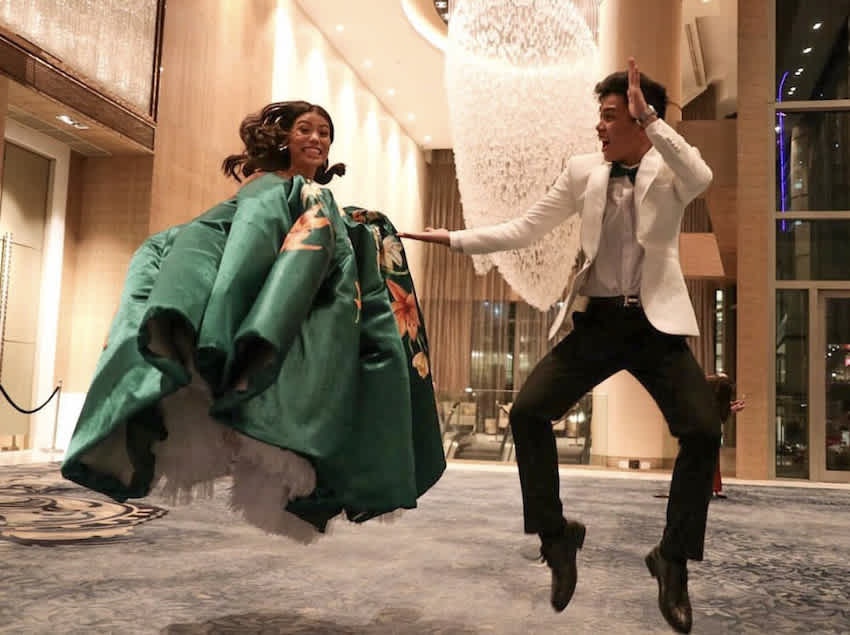 “The last time was prom during my junior year, where I had to redo my dress’s whole skirt in two days and stick over 200 crystals on it!” she told Today. 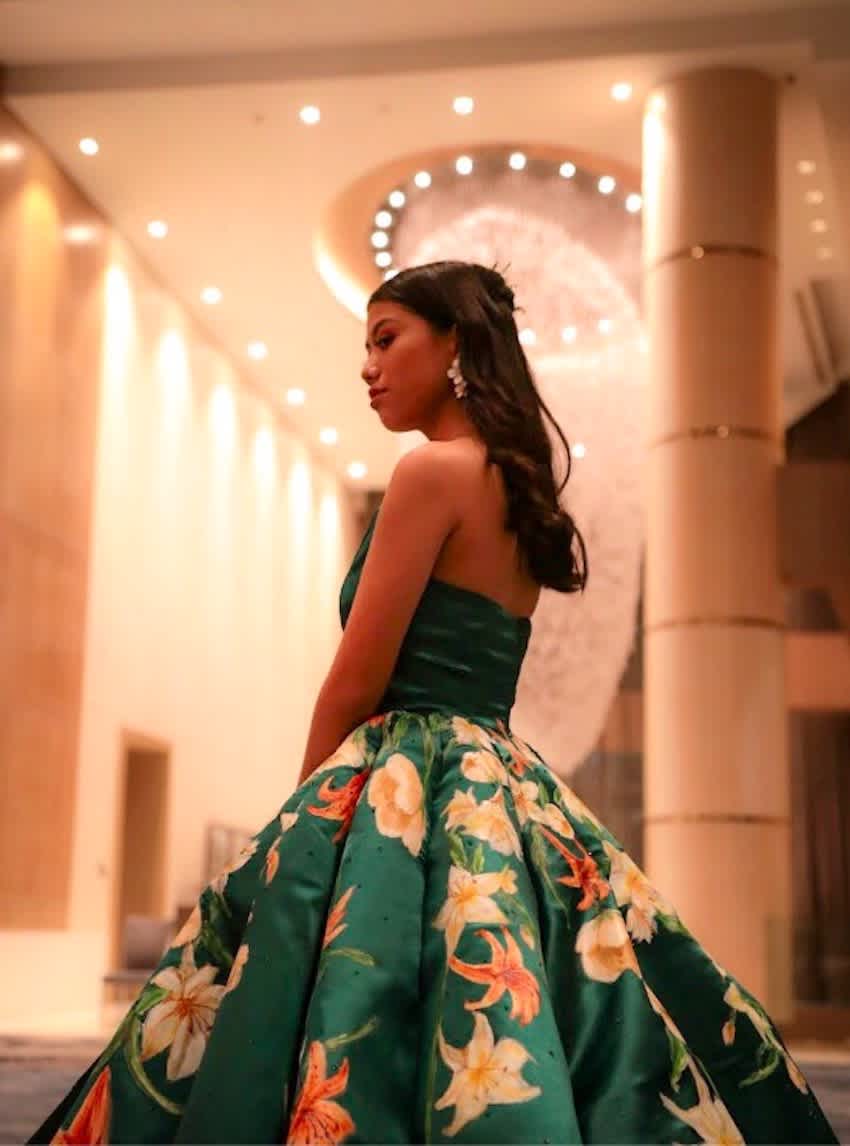 -Advertisment-
Ciara shared photos of the dress on Twitter, and the post has racked up nearly 400,000 likes. People are stunned by this 17-year-old’s artistic talent. Some people have even made fan art of the dress.

“I still really can’t believe it,” the teen told BuzzFeed News. “When the numbers increase I realize that so many people have seen my gown.”

She’s now been getting requests for art commissions, which she really appreciates. 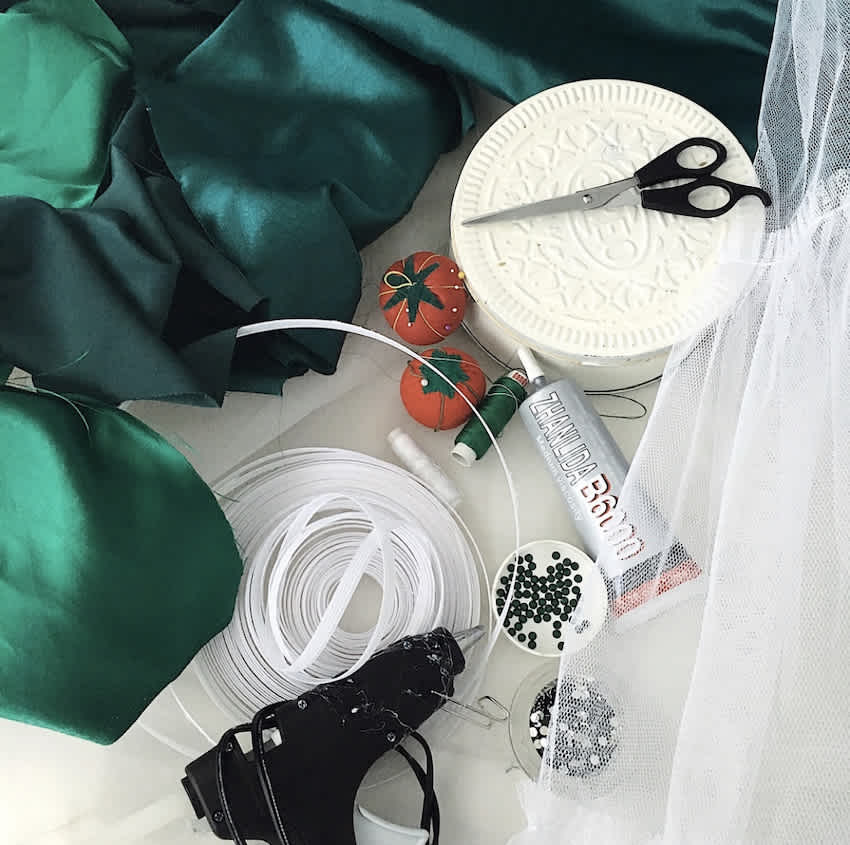 Ciara tweeted that she’s currently open for requests for various types of art — “I could really use the extra money for my 5 month summer,” she quipped.

Unfortunately, she’s accepting only local commissions in the Philippines… but who knows where time will take this talented young artist? -Advertisment-
She’s excited to work on more sewing creations after having such a great experience with this dress. She’s not planning on fashion school, though. She graduated from high school with a focus on STEM — science, technology, engineering, and mathematics — and plans to pursue science.

“I know I have a lot more to learn and I’d like to grab every opportunity I can,” she told Today.