Touching to witness the Cow’s Escape to Freedom: Even on the waterslide at the pool 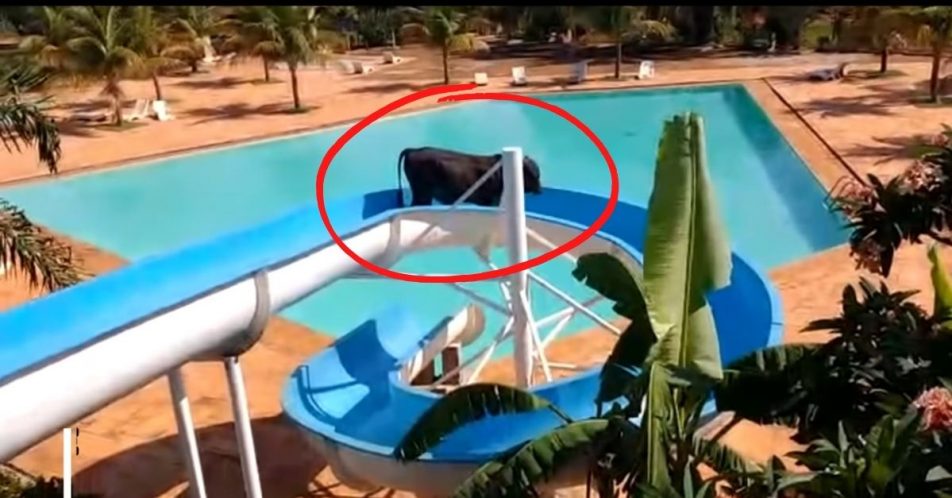 When an animal is headed to the slaughter, it’s no surprise that they’d want to make a run for it given the opportunity — it’s much better to take a chance at freedom than end up on the dinner plate.

Like one cow, who took a very unusual escape path — full of actual twists and turns — but ended up gaining its freedom.

A video shared by the Brazilian outlet Diário da Região shows a cow who reportedly escaped from a cattle ranch. The cow’s escape to freedom landed it in a very unexpected spot: the pool waterslide of a nearby resort. 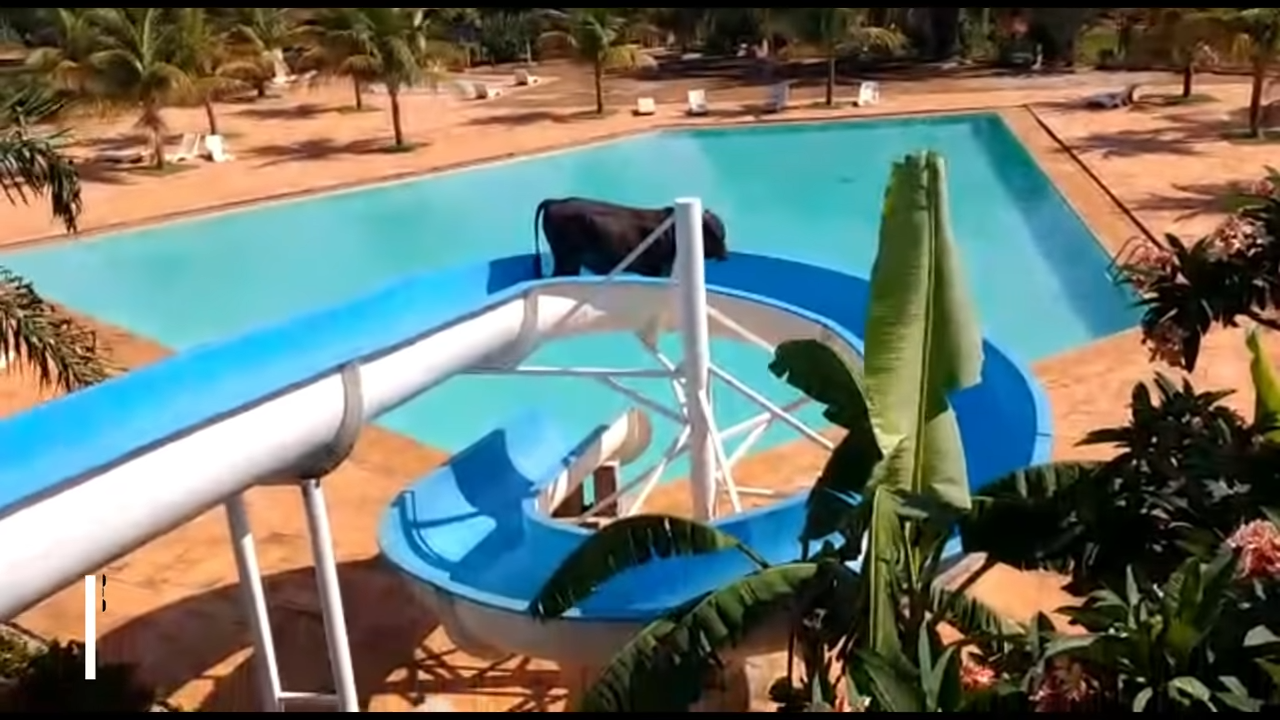 The unusual sighting occurred in Nova Granada in São Paulo.

According to the New York Post, the cow climbed up the stairs of the water slide. It can be seen slowly, carefully making its way down the slide, and reportedly ended up in the pool.

One of the most surprising things was the fact that the slide actually handled the cow’s weight: according to the Post, the slide was only designed to handle up to 450 pounds, while the cow weighs 700 pounds. 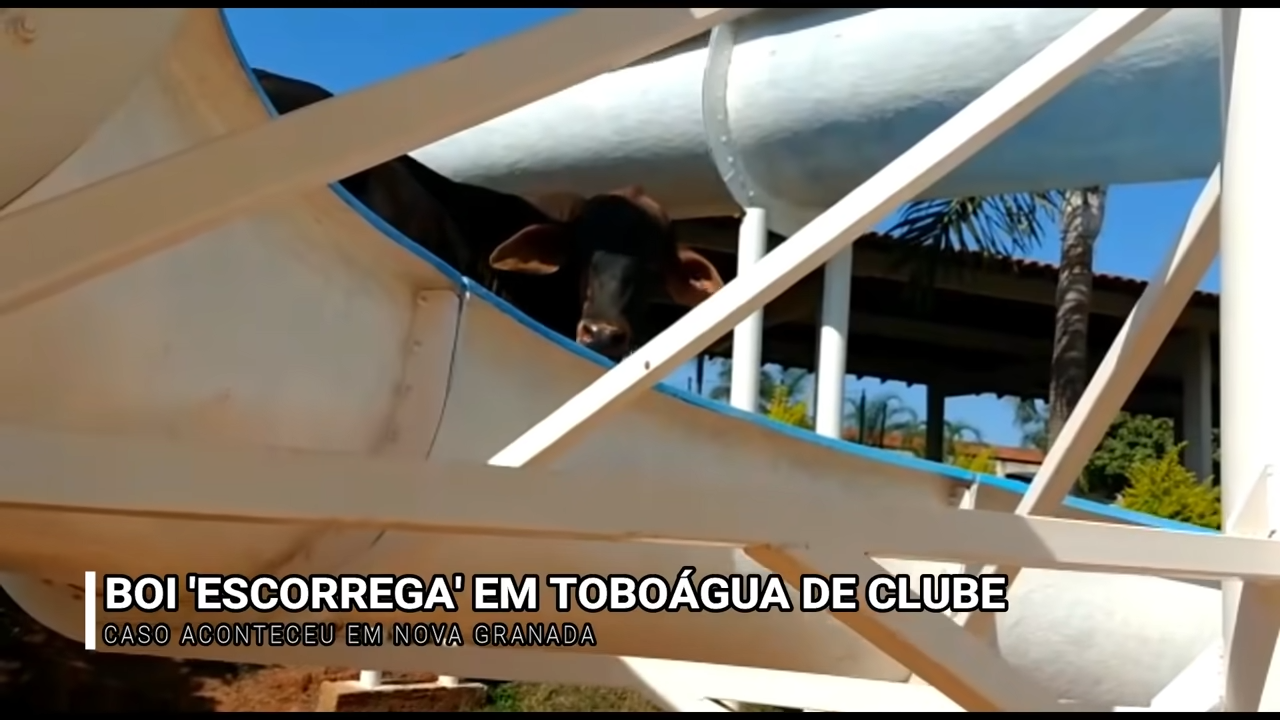 The cow had been scheduled for slaughter, so its perhaps not surprising that it tried to make a break for it.

But what is surprising is that the cow’s unusual escape plan actually worked: this cow slid right into freedom.

According to IHeartRadio, the owner of the ranch, amused or even moved by the cow’s adventurous escape, decided to spare its life — and keep him as a pet instead.

The cow even has a fitting new name: “Tobogã,” the Portuguese word for “slide.”

It’s a happy ending for this cow, and it’s not the first т¡мe a bovine has had its life spared after making a freedom run.

In June, a cow who escaped from the slaughterhouse got a new life at a sanctuary thanks to songwriter Diane Warren.

And there was the months-long saga of Barney, the “Long Island Bull,” who went on the lam after escaping slaughter and is now safely at a sanctuary after finally being caught.

People don’t often think of the animals that end up on their dinner plate, until an unusual escape story like this shows how much they want to keep on living.

We hope that Tobogã has a long, happy life now that he doesn’t have to worry about becoming food — this is one trip down the water slide that really paid off.