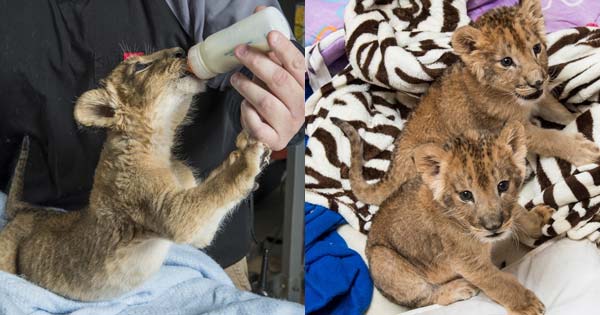 Six Flags Great Adventure and Safari is now home to three lion cubs born in the last several weeks. Two of the lion cubs were born in January and a third was born two weeks ago, Six Flags announced in a news release this morning.

Without being raised by an adult Lion then it wouldn’t be the best idea. They would have pretty much died in the wild if they were born there and their parents died. Unless they were lucky enough to have another lion take over. But, I do hope they will be moved to a larger place with lots of open space/nature.