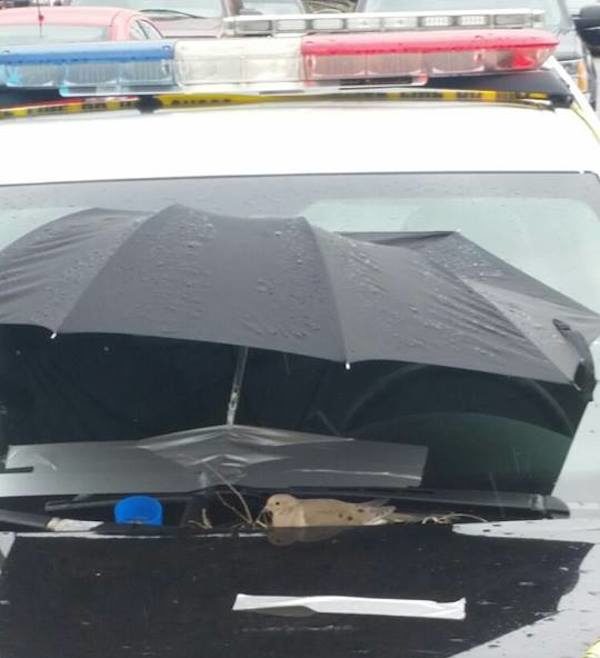 Officers at the Parma Police Department in Ohio took extra effort not to disturb a dove after they found her on a back-up police cruiser in the station’s parking lot. Not only had the mourning dove created a nest on the hood of the vehicle, she had laid two eggs as well!

The officers decided to look after the new mother and protect her from the elements. They left out some water for her in a cup and attached an umbrella to the windshield. 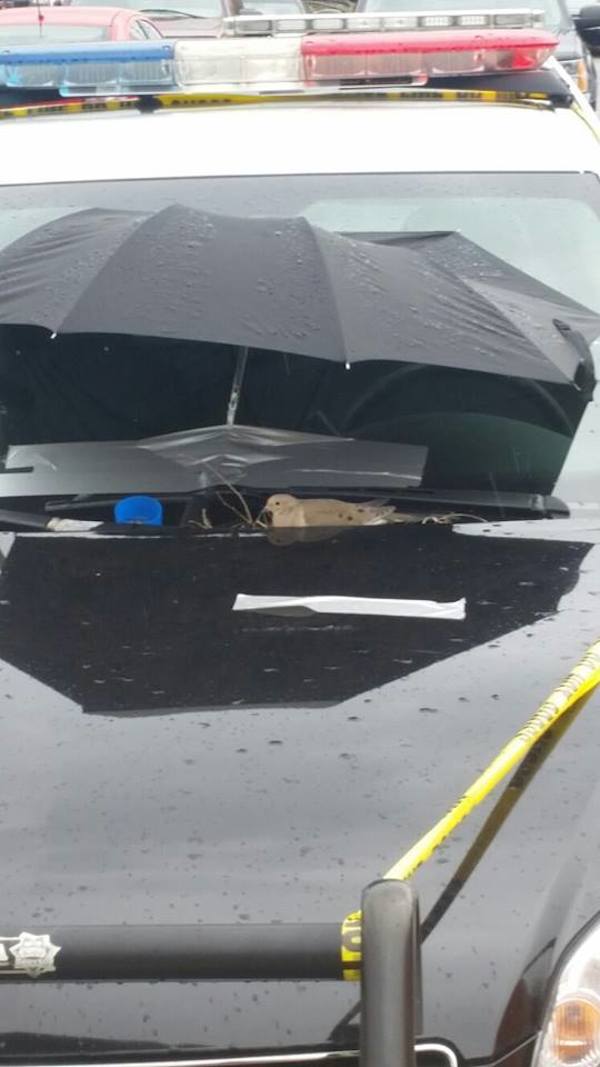 “After a mourning dove created a nest at the base of the windshield on a Parma Auxiliary Police car, our officers took steps to make sure it isn’t disturbed, even adding an umbrella to keep it dry,” they described on Facebook.

They even went so far as to fence off the vehicle to give her some peace and quiet! 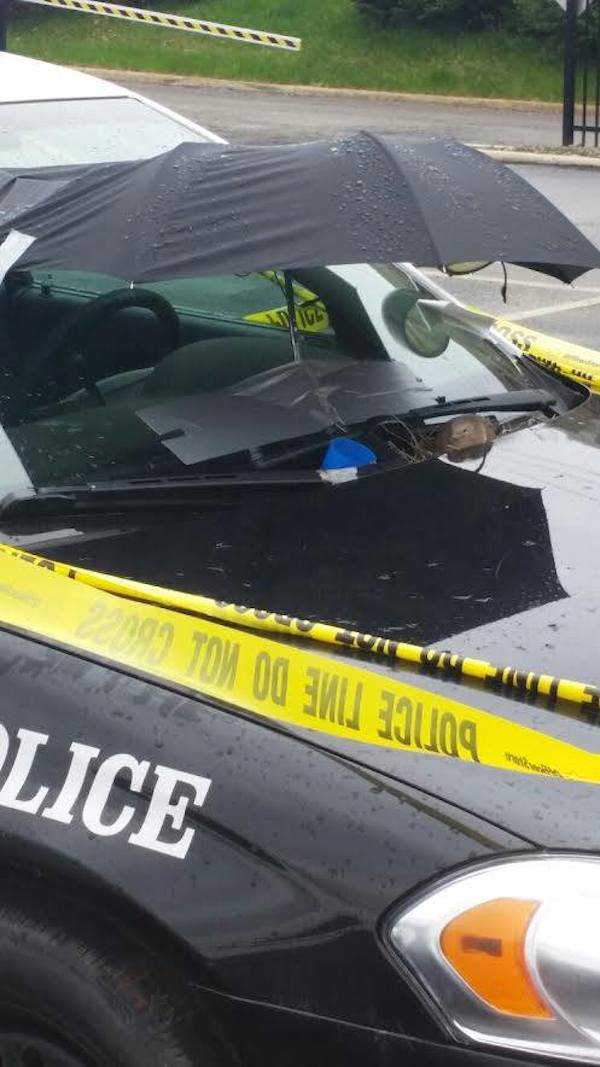 The umbrella keeps the dove (nicknamed “Gerty”) cool on sunny days too.

These cops sure took the extra steps to protect and serve this feathered member of the community! It reminds me of what the Ohio’s Kirtland Police Department did recently when they found a stray dog!