Orphan baby gorilla snuggles up to caretaker after being rescued 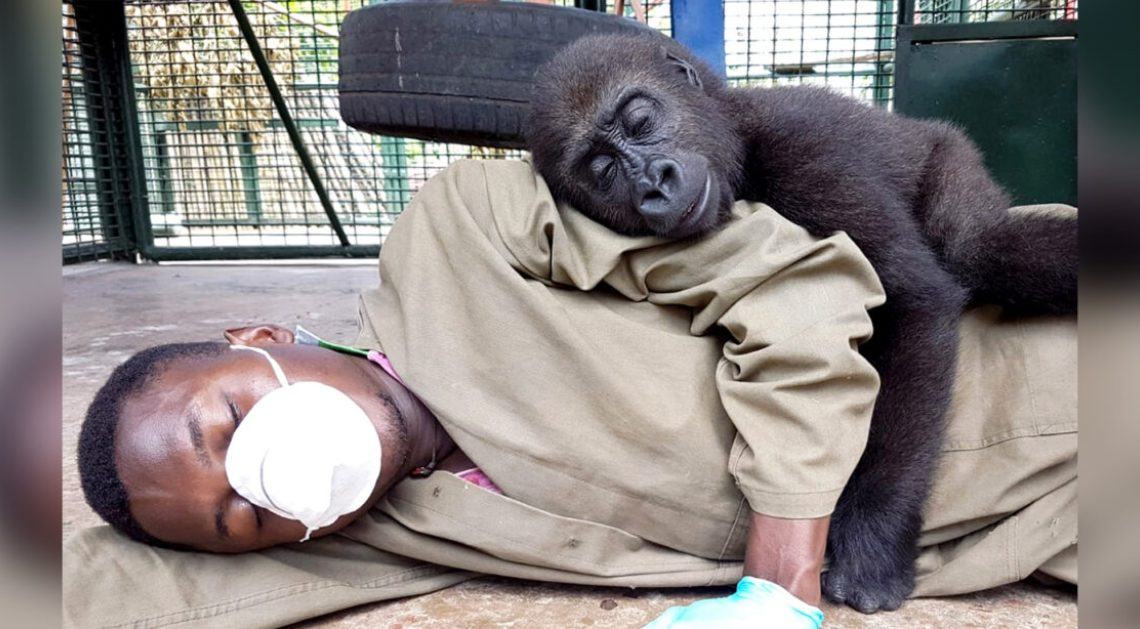 It usually takes a lot of time for a wild animal to put its trust in a human being, but when this tiny gorilla realized the people who rescued him are but kind and gentle, he bonded with them in the most adorable way. The moment was caught on camera and it’s nothing short of heartwarming!

Even though he’s at a very young age, Bobga has been through a lot so far. He was just a few weeks old when he lost his family due to poaching and his chances to survive were very slim. Scared and confused, the tiny gorilla ended up in a small cage, likely to be sold as a pet on the black market. But fortunately, he was rescued just in time and taken to the Limbe Wildlife Centre – a wildlife sanctuary in Cameroon. 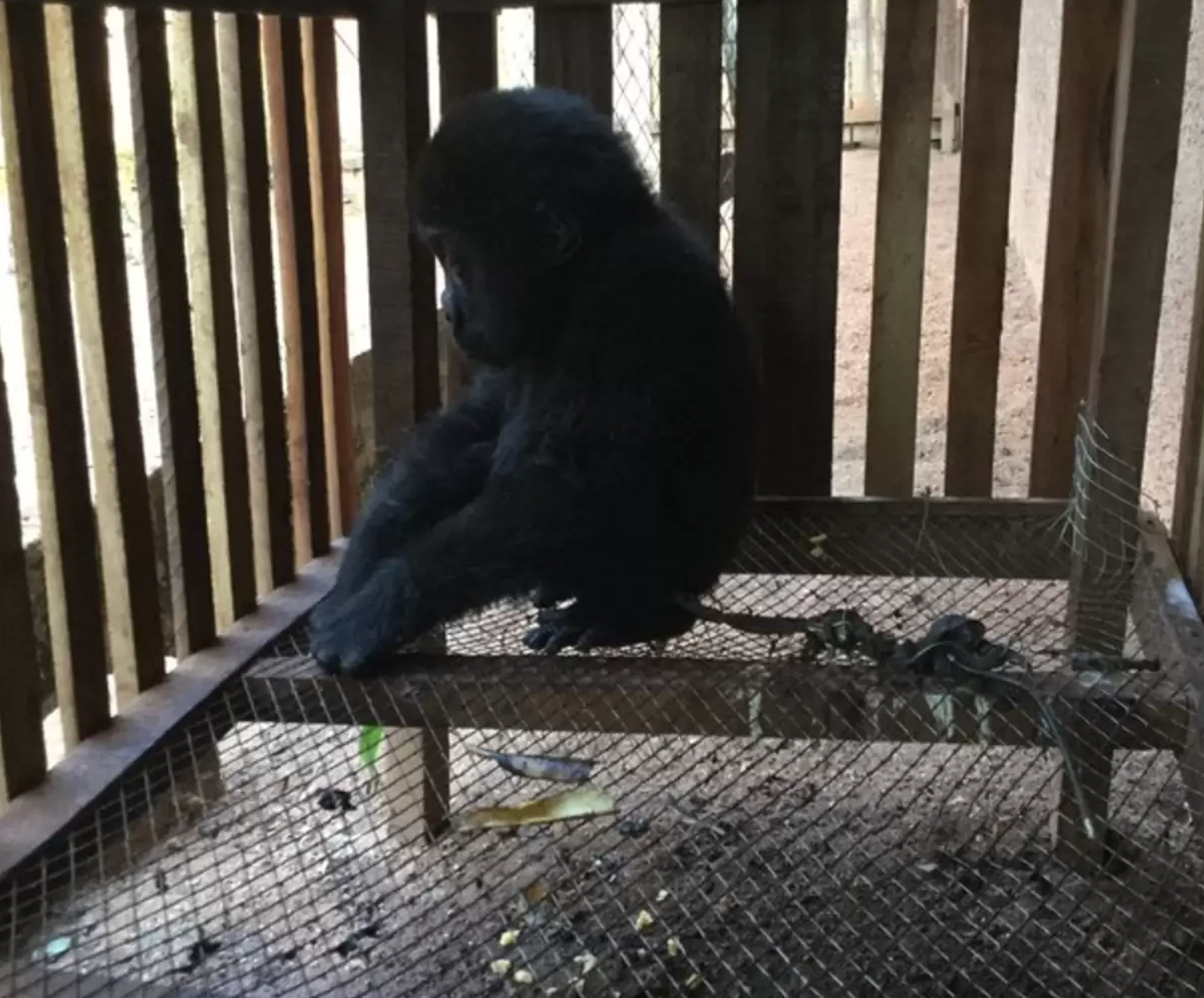 Although Bobga never trusted humans before – and it’s easy to understand why – it was a human being in whom he found all the comfort he was seeking for. Soon as the orphan gorilla met Alvin Muma – volunteer at the Limbe center – he realized humans can be kind, too.

The caretaker knew nothing would ever replace the love of a family, but he tried his best to make Bobga feel as comfortable as possible, and the adorable creature felt that. So it didn’t take too long until Alvin and Bobga became inseparable. The unfortunate baby gorilla finally found a place to feel safe. 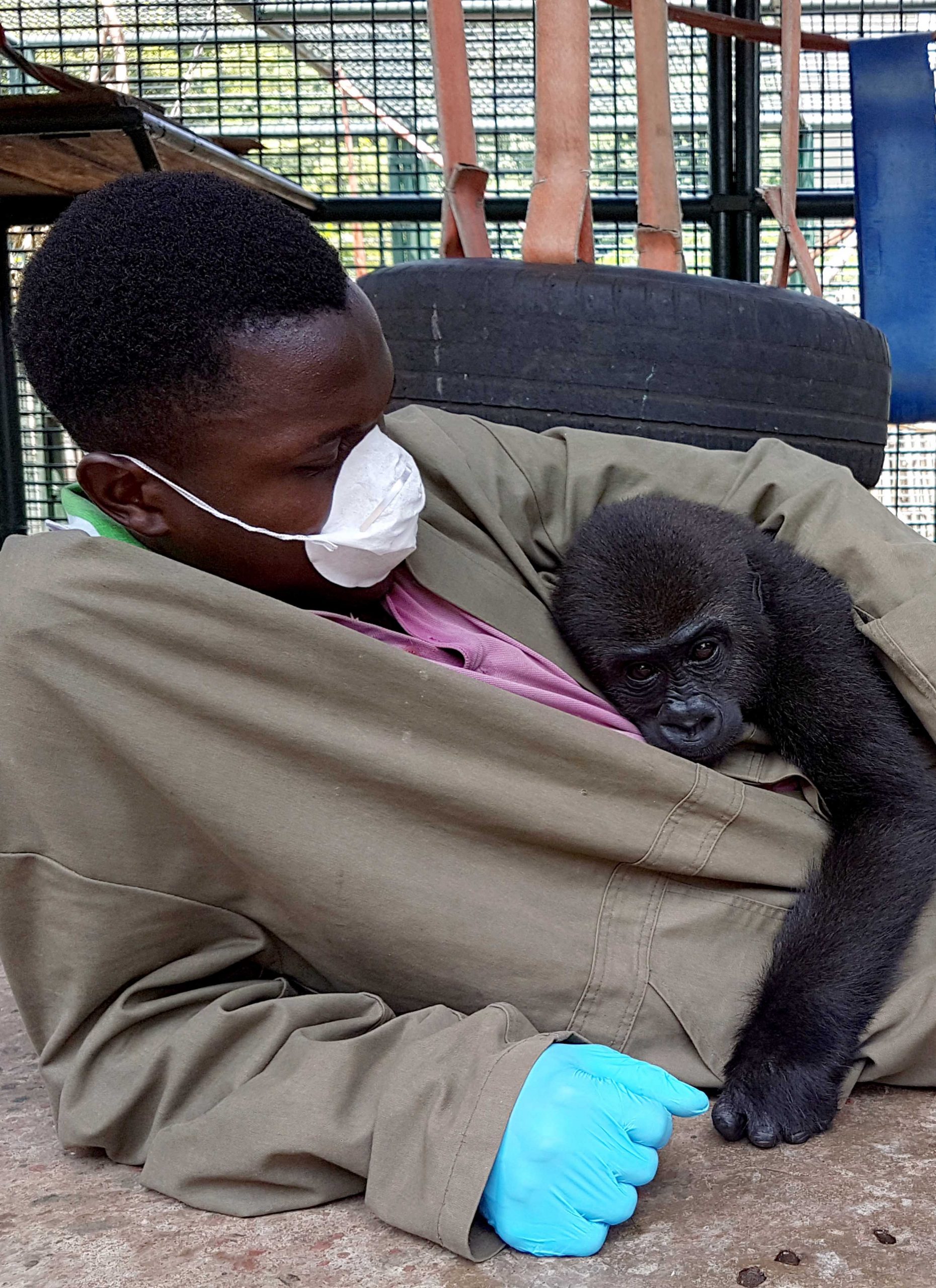 “It is important for an orphan gorilla, like Bobga, to feel safe and secure with his caretaker and here these pictures capture tender moments of rest between Bobga and one of his dedicated caretakers, Alvin,” Laura Craddock, fundraising coordinator at the center, told Caters News. “Foraging, playing, learning social skills, stimulating curiosity, climbing and grooming all are crucial elements of his rehabilitation.” 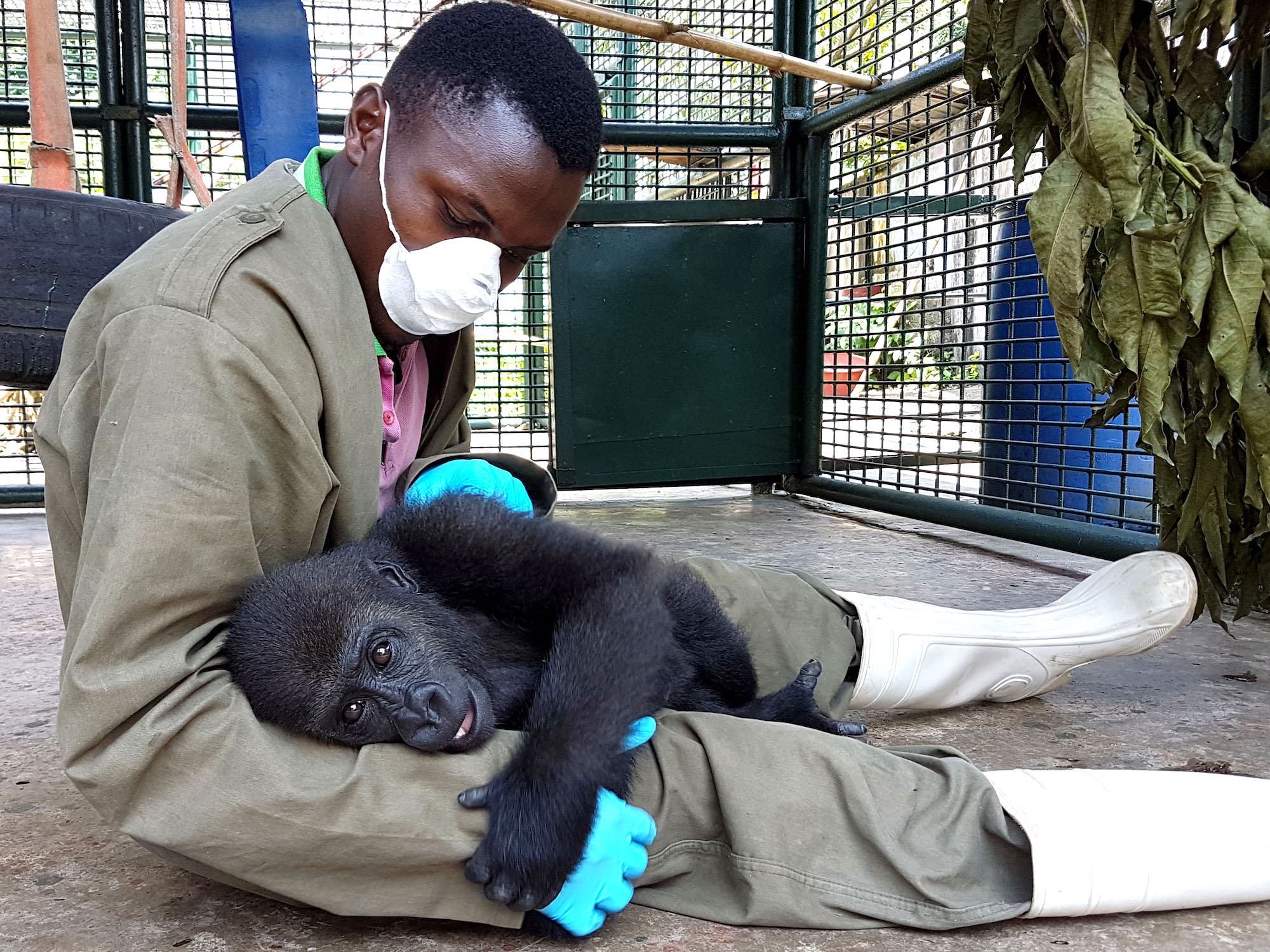 Pic by Limbe Wildlife Centre/Caters News – (Pictured: 24/08/2018 Bobga the baby gorilla snuggles up to keeper Alvin Muma.) – An orphaned babygorillashowed his appreciation for his rescuers as he cuddled up to his carer in a series of adorable images. Little Bobga was taken into the Limbe Wildlife Centre, in Cameroon, where he is being loved and cared for by staff at the centres nursery. The images, taken by the centers Fundraising and Communications co-ordinator, Laura Craddock, 32, from London, show the baby climbing onto the carer, Alvin Muma.SEE CATERS COPY.

The woman even caught on camera the bond these two share, in a series of heartwarming photos. Bobga can be seen cuddling up to his friend, or sleeping into his arms. It takes moment like these to better understand how devoted these people are when comes to help animals in need.

“We provide a second chance to these helpless animals,” Craddock said. “Educating the local community on environmental protection and provide alternative employment to ex-hunting communities. Her’s a tender moment of rest between Bobga and one of his dedicated caretakers.” 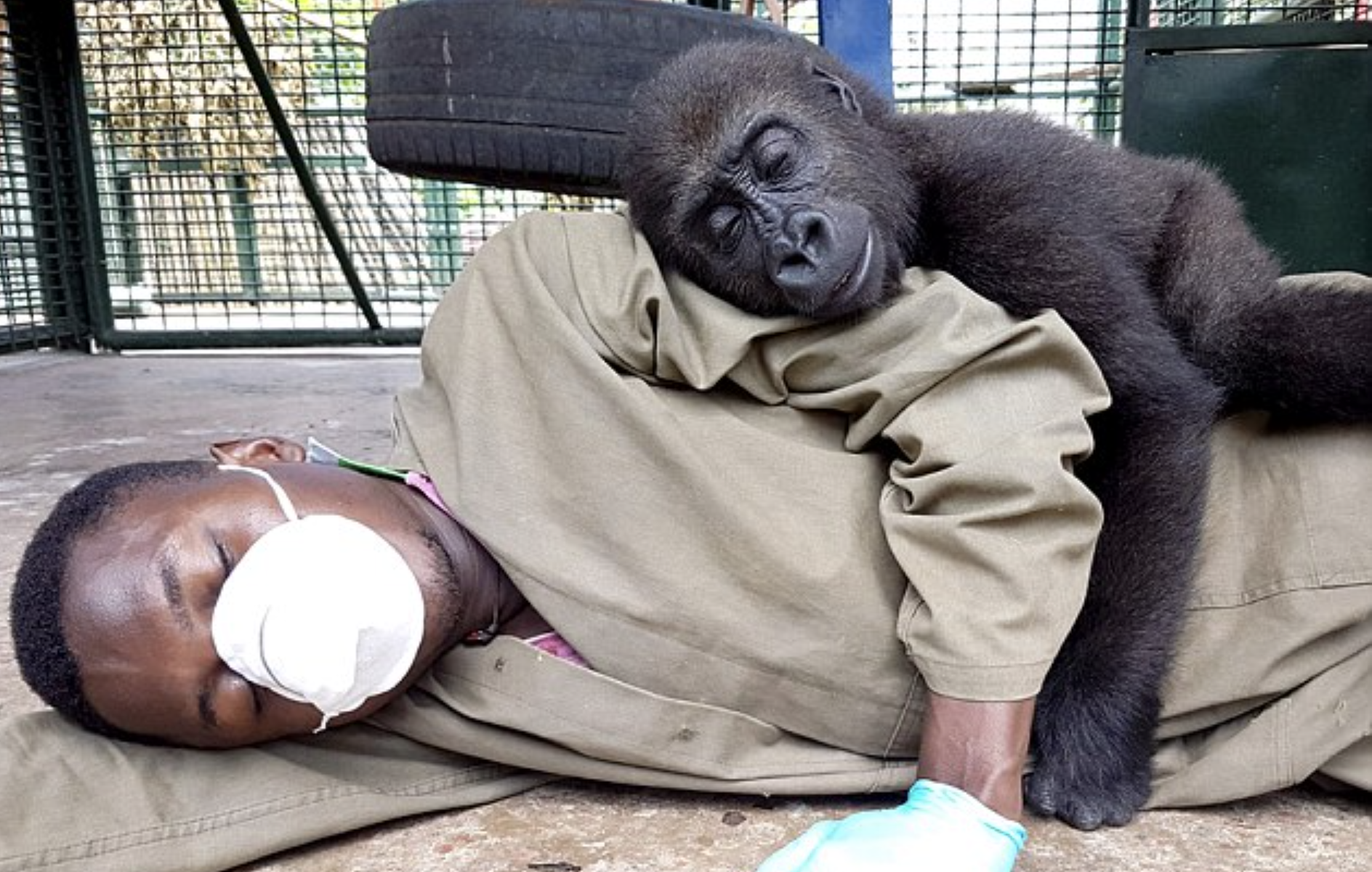 Even though it requires a lot of time and hard work, Bobga will recover and rehabilitate, all thanks to these devoted people!