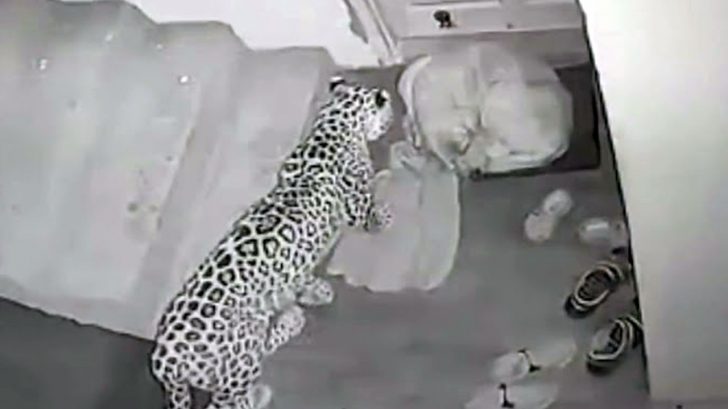 Dramatic footage shows a leopard attacking a dog in India.

The defenseless dog was caught sleeping when the leopard slowly crept up and then attacked.

Amazingly, the dog survived the attack. The dog, a labrador named Jackie, suffered injuries but ultimately was O.K. See the dog in the video below: