Fisherman Rescues Deer That Was Lost At Sea 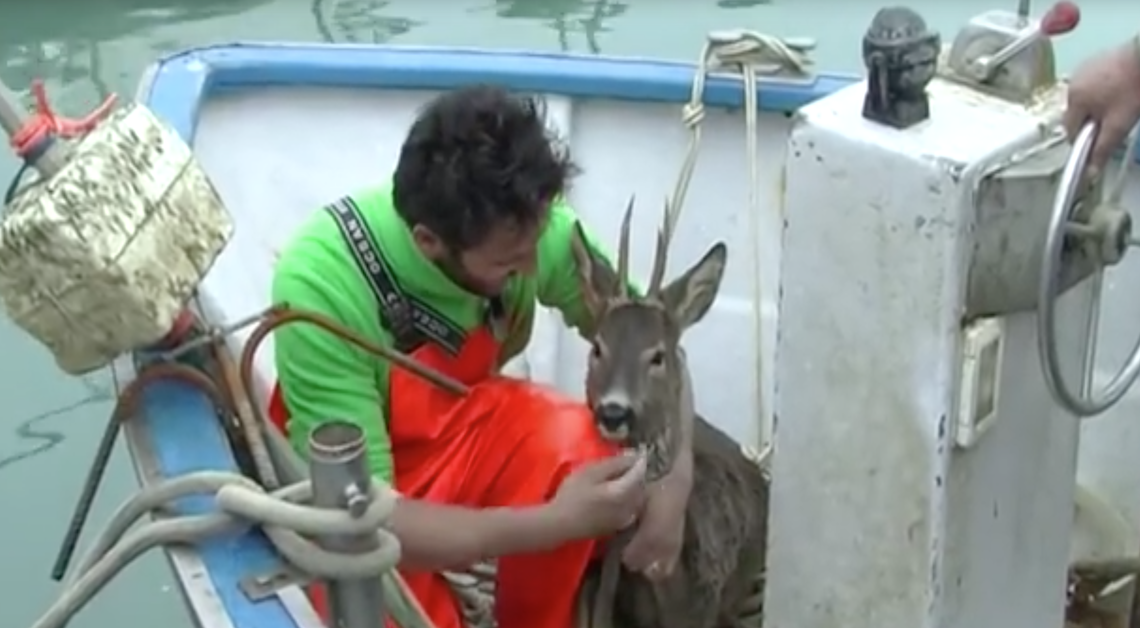 We’ve written so many stories about animals being rescued, especially when it comes to deer in open water. But we’ve never seen a story quite like this one. Imagine being on a small fishing vessel out on the water, when you see something in the distance struggling. You can tell it’s not a fish, but then you end up catching it with one of your lines! So you decided to reel it in, only to discover that you actually caught a deer. How in the world did a deer end up in the middle of the ocean in the first place? We may never know, but that young buck is very lucky that fisherman Enrico Di Francesco was the one that caught him.

Enrico Di Francesco caught the deer and reeled him onto his small fishing vessel about a half mile off the coast of Giulianova, Italy. Giulianova is a small port village in Italy, that is also a very common fishing location. When Di Francesco saw the deer floating in the water, he thought it was a tree trunk at first. 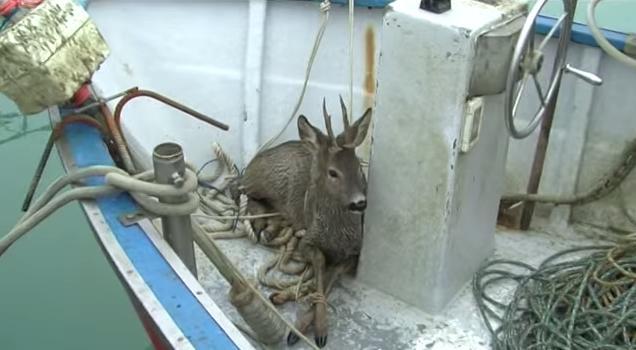 After the fisherman rescues a deer with his line, he knew there was only one thing that he could do. Of course he would reel it in and rescue this poor guy. He was worried the deer might drown, so after reeling the deer in, he decided to take it back to shore and give it a second chance at life. He told the local Italian media, “It was not an easy catch.” 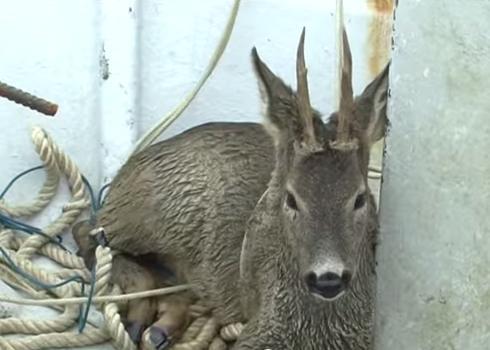 Check out the video below to see how well-mannered the deer was. It definitely caught the attention of many locals.

I love stories like this! You can tell that the deer was very thankful after being rescued, and probably really confused. Not only did it end up in the middle of the ocean, it was suddenly being reeled in and then was placed on a boat. I’m sure once its legs are on the ground, it’ll be happier than a woodpecker in a lumber yard.