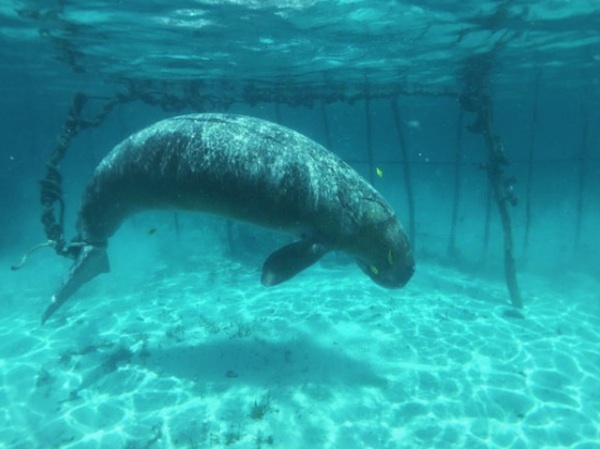 Two rare and endangered sea mammals being caged by a fisherman in Kokoya Island, North Maluku in Indonesia were eventually released into the wild after a group of divers shared video and pictures on social media.

The divers were shocked to find two dugongs (otherwise known as “sea cows”) fenced in by nets and one of the animals with its tail tied to a large rope.

One of the divers, Galuh Riyadi, described the condition of the animals to BBC Indonesia: “”There are two dugong placed in two different nets, the small one was not tied up, and a big roughly two meters were tied tail. His body wounds and its tail was nearly broke up due to friction from this bond.”

Dugongs are one of four living species from the order Sirenia, which also includes three species of manatees. The dugong are the last sirenian in its range throughout the Indo-West Pacific and eat seagrass in shallow bays.

Unfortunately, the species is under severe threat and is vulnerable to extinction. Many are killed through fishing-related fatalities, loss of its habitat (they eat sea-grass) and hunting.

Government officials quickly responded and got in touch with Galuh within a few hours to get the specifics of where the two animals were caged.

The next day authorities arrived on the island and freed the animals. A photo of one of the dugong’s being freed was posted to Twitter. 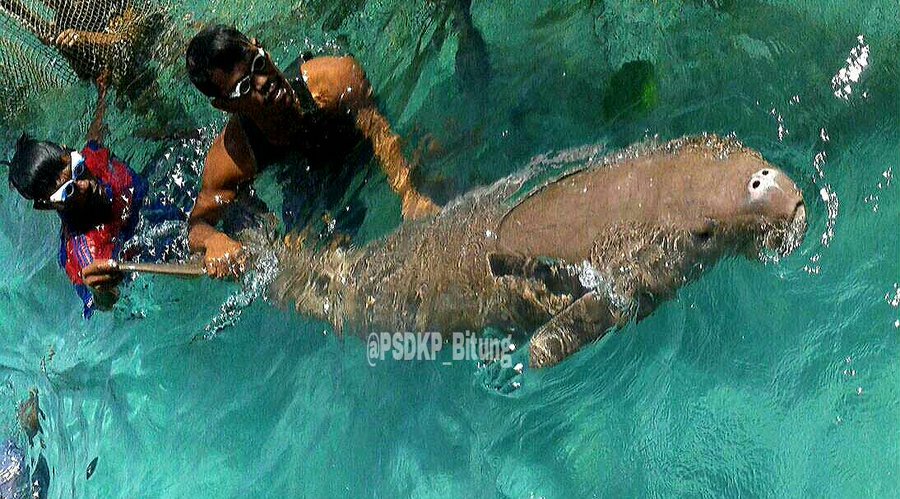