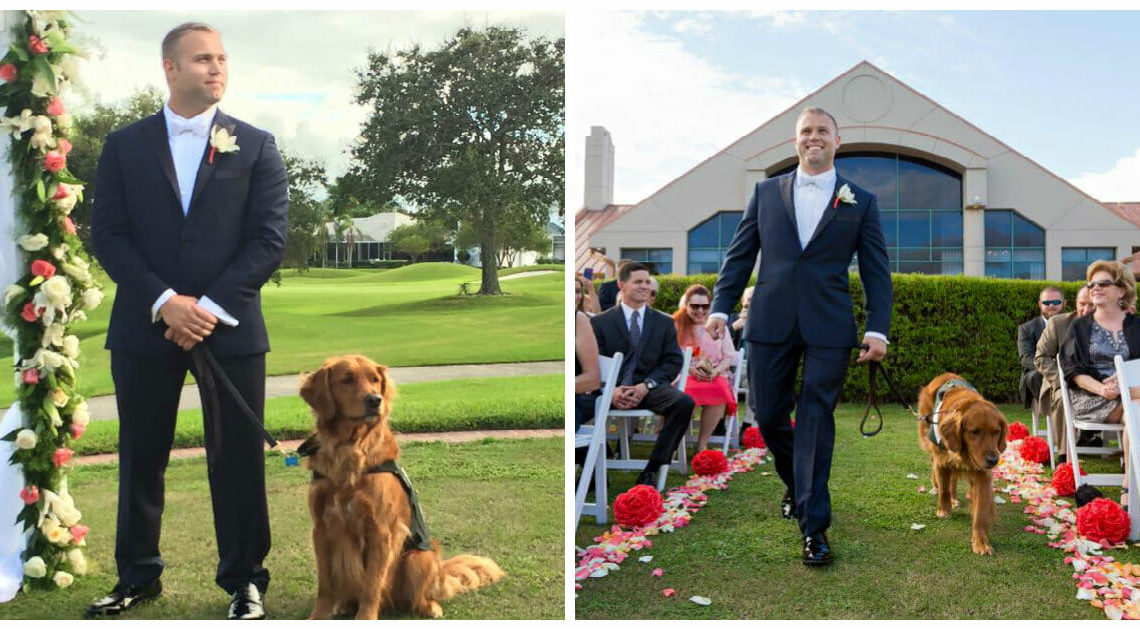 Everyone knows that dogs are a man’s best friend… but sometimes, they’re more than that: they’re your best man.

That was the case for one veteran and his beloved service dog, who have such an unbreakable bond that when it came to his wedding day, he had to have his dog involved in a special way.

Justin Lansford is a US Army veteran from Silver Spring, Maryland. In 2012, he was deployed as a paratrooper to Afghanistan and suffered an accident.

“We struck an IED and it flipped my truck completely,” Justin told ABC News. “I had bilaterally severed femurs which resulted in the amputation of my left leg.”

But while recovering at the hospital, Justin got an opportunity that would change his life. A group called Warrior Canine Connections pairs wounded servicemen with support dogs.

Justin was paired with a golden retriever named Gabe. 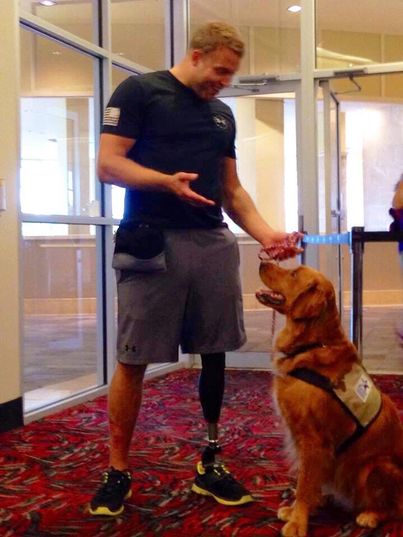 Gabe was invaluable in helping Justin readjust after losing his leg.

“The less I use my wheelchair, the more I need his help in smaller tasks and the more he is there,” Justin said. “It has been very comforting to know that.”

“He helps me with one thing to the next. I can use him as a stable surface to lean on, as I get to and from the ground. If I fall, he’ll come up running next to me and I can use him to push off of to get up off the ground.” 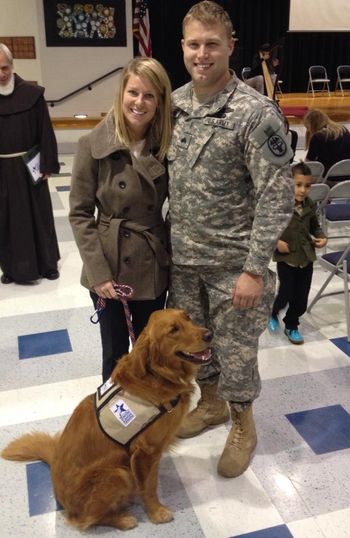 But Gabe did more than just help him around. He quickly proved to be a source of emotional support and friendship.

“Since day one, we’ve been joined to the hip,” Justin told the New York Daily News. “He’s there for me all day, every day.”

The dog made a big impact not only on Justin, but on his longtime girlfriend Carol, who worked for Warrior Canine Connections and knew the deep connection they shared.

“You have to make sure a support dog is always happy and that they’ll love the person they’re with forever,” Carol told Buzzfeed. “The second Justin walked into the room when they met, Gabe was wiggling, crying, and rolling on the floor.” 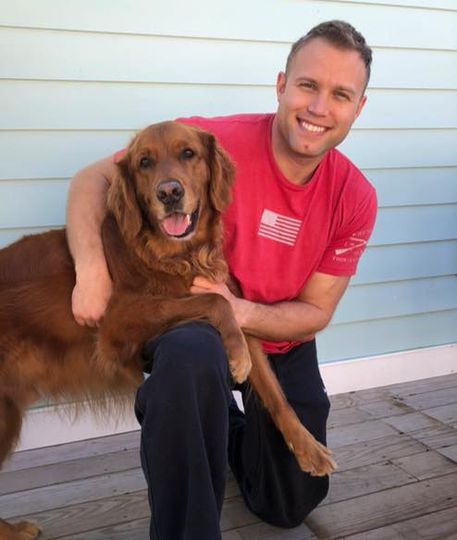 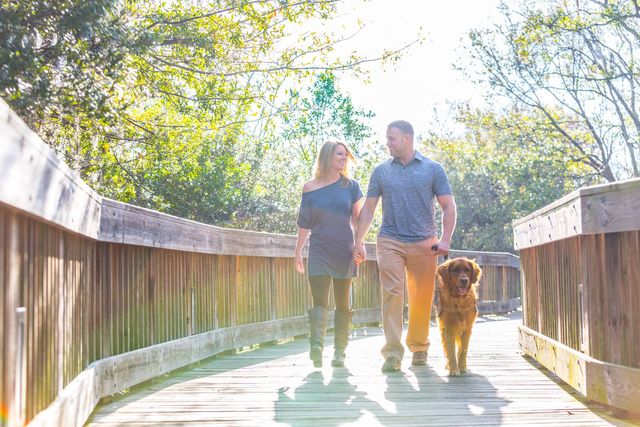 So when Justin & Carol got married in 2015, it felt only right to have Gabe be part of the ceremony.

But while some people have their dogs act as ring bearers or just as guests, Justin wanted his beloved dog by his side on his big day and gave him a position of honor: his best man.

“He goes everywhere I go,” Justin told the Daily News. “He’s certainly there to pick me up emotionally when I need it. Why would the wedding be any different?” 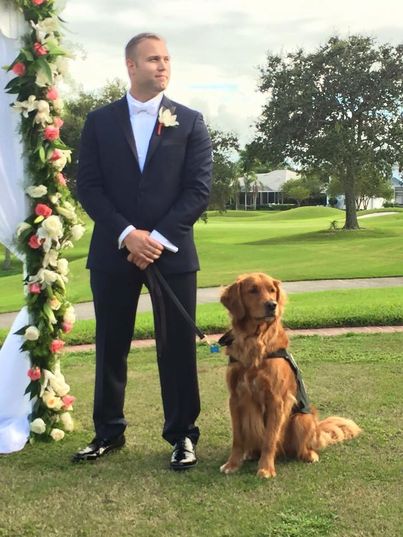 The bride certainly had no objections to Justin’s unique choice.

“Justin and Gabe go everywhere together and our wedding did not seem like it should be any different of an occasion,” Carol said. “He is a huge part of our life and deserves to share in the moment with us.” 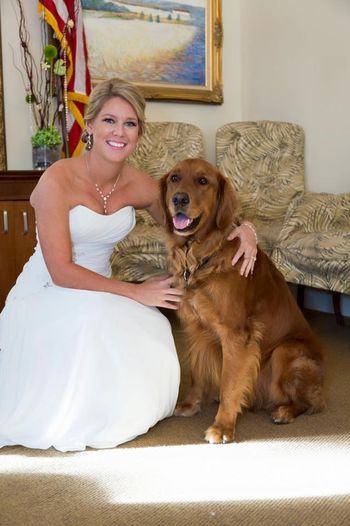 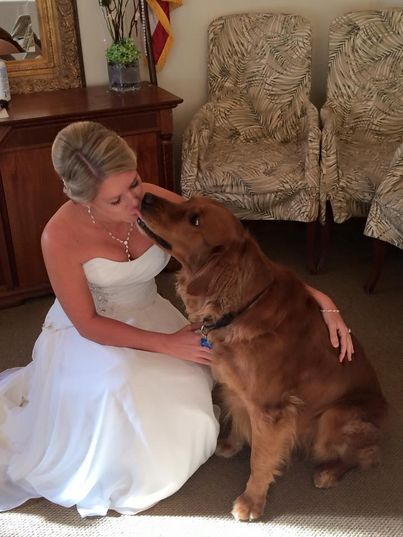 “It was really cool to have him right by me,” Justin said.

“I don’t think there was a dry eye at that point. It was a pretty steady ‘aww’ throughout the entire wedding.” 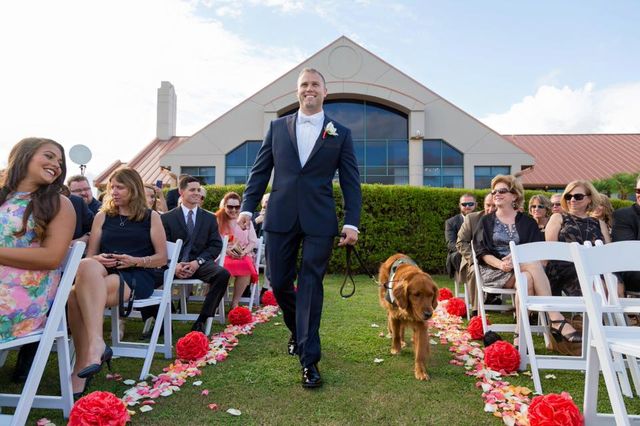 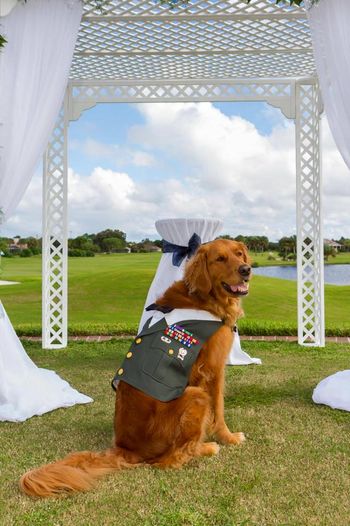 Your wedding is a very special day, a time when you want to be surrounded by the friends and family who have supported you the most.

It seems only natural that Gabe be at the heart of their big day. 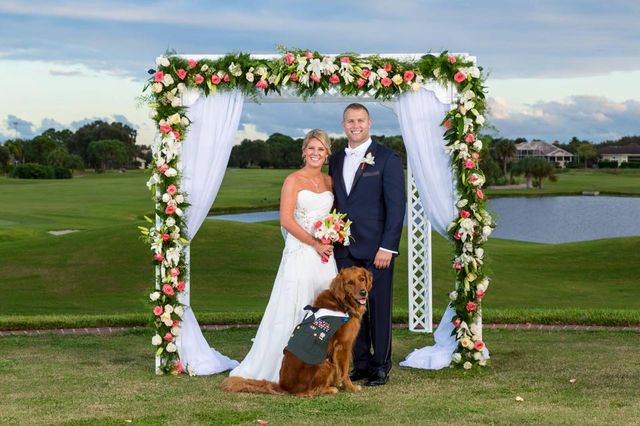 This story shows how deep our relationships with animals can really be. Sometimes they’re more than just pets—they’re our best friend.