Woman travels 23 miles on foot, car and subway to save a sick swan 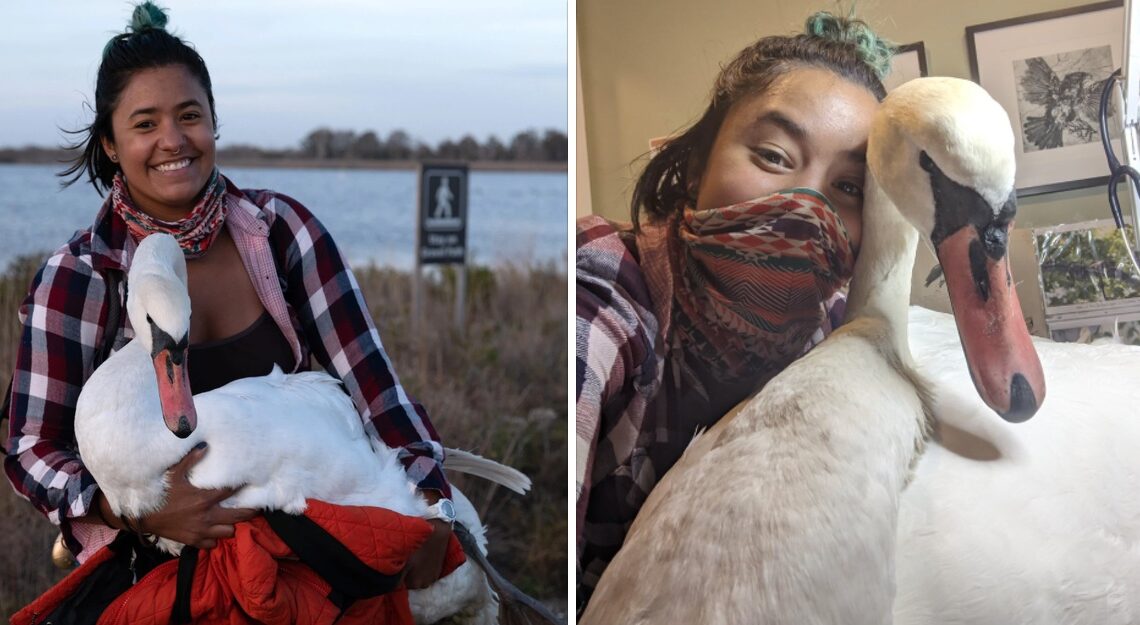 Ariel Córdova-Rojas is a woman that when she sees an animal in danger, she can’t just walk away and forget the situation. On the contrary, she must get involved immediately to do what she can to save it. This is what she did when she saw a sick swan, which cost her a frantic journey of more than 23 miles on foot.

As reported by The New York Times, Ariel was planning to spend her 30th birthday evening at the Jamaica Bay wildlife refuge in Queens, New York. But then she ran into this bird that stood out from the rest of the animals. 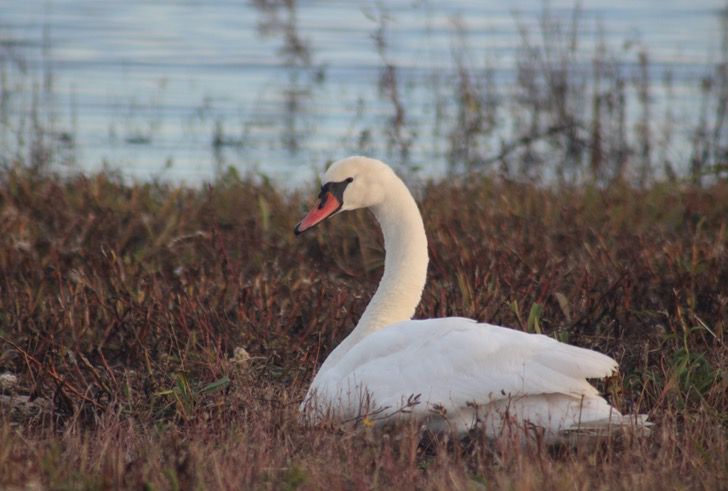 It was a female mute swan who appeared to be sick. She was sitting on the grass, alone, by the water’s edge. There she changed all her plans for the day and set to work.

“If there is an animal in need, I will do everything I can,” she said. There, she thought about how to get to Manhattan’s Upper West Side, where the appropriate animal rehabilitation center for such cases was located. 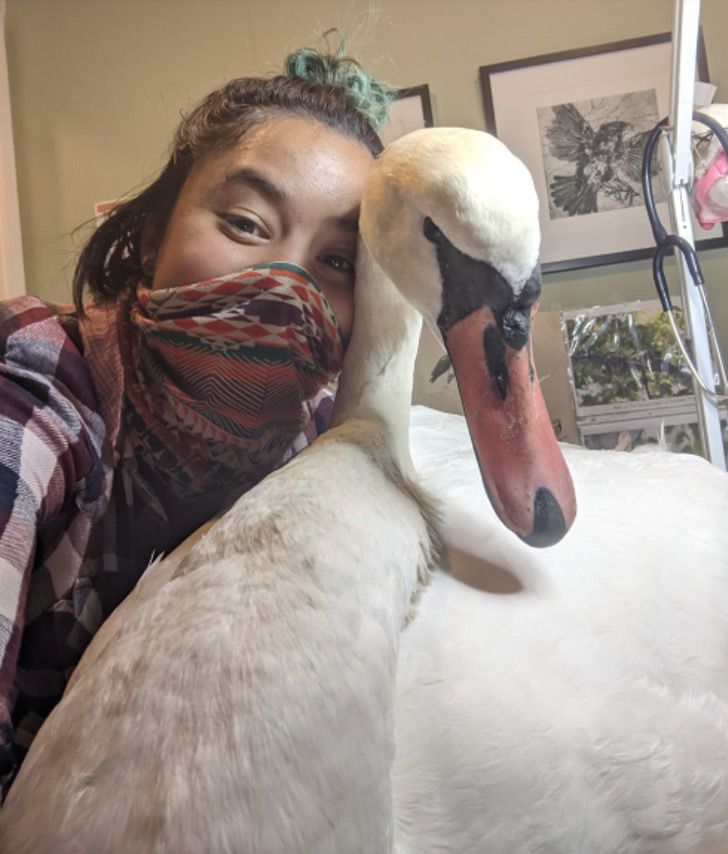 Ariel, who spent five years as an animal care manager at the Wild Bird Fund rehabilitation center, knows how to spot a bird when it’s in bad condition. She spent several years rescuing geese in Central Park, red-tailed hawks in Brooklyn and other animals.

She confirmed her suspicions when she approached the bird, characterized by being very territorial and aggressive in such cases, and the bird did not act, but only tried to swim away with difficulty. She approached it, wrapped it in her jacket and took it with her. 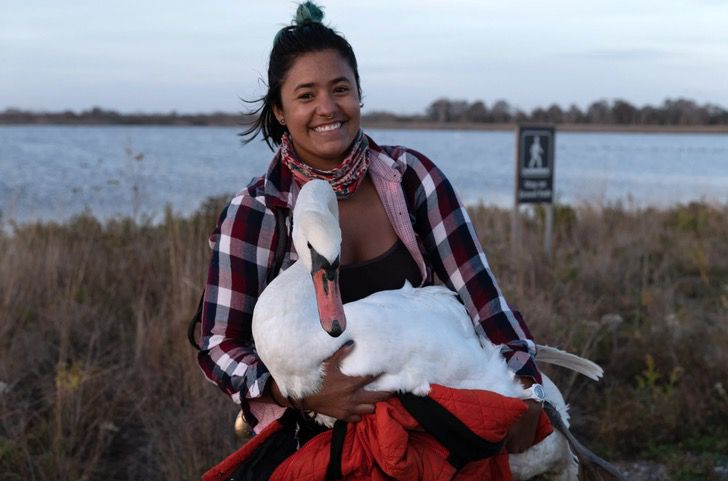 “Well, I’m carrying a swan. I have no idea what to do. I guess I’ll just walk,” she said in her mind, as she walked back to her bike. And it wasn’t a normal thing to see someone walking around with a swan.

The hike back to her bike was very difficult since she was carrying the 17 pound bird. 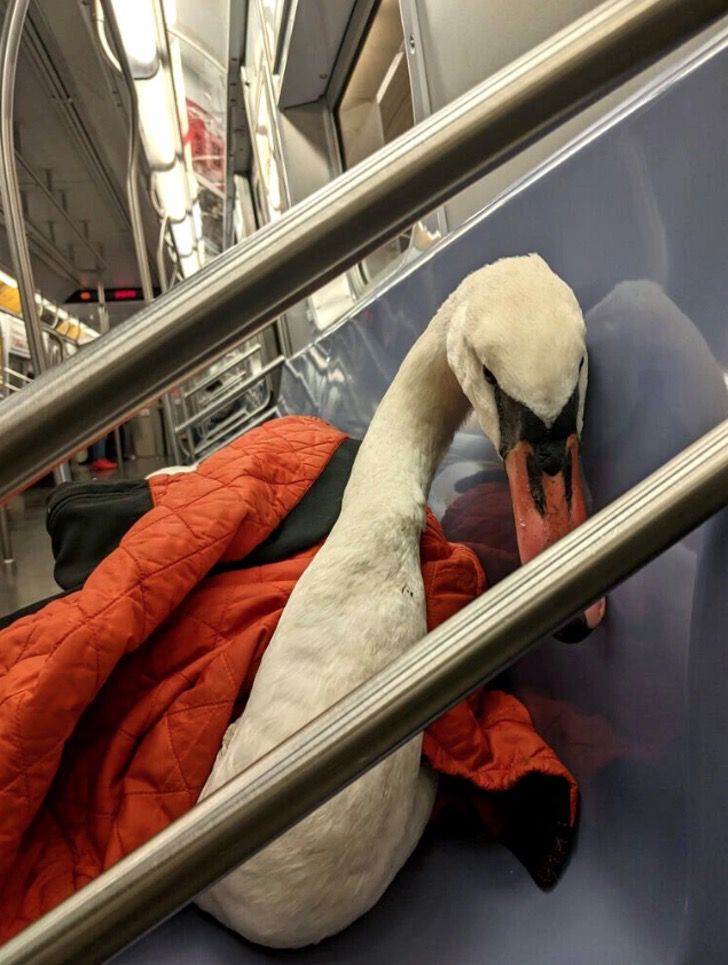 After that she called different animal shelters, but no one would help. Only a married couple took her and the swan to the Howard Beach subway station. So, she sat with the swan still wrapped in her coat on one of the seats.

“Meanwhile, there are some people on the train and no one seems to be puzzled. (There was a man) sitting in front of me and he was just talking on the phone. I don’t even know if he noticed that there was a swan in front of him,” she said. 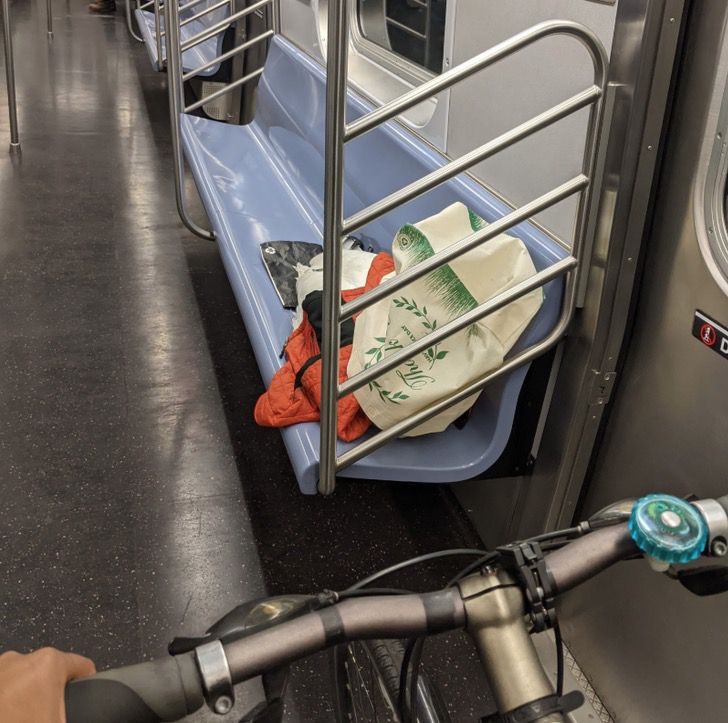 She managed to meet with Tristan Higginbotham, an animal care manager for the Wild Bird Fund, at a station. They then drove to the Wild Bird Fund from there. Once at the rehabilitation center, they determined that the animal was underweight and showed symptoms of lead poisoning, which often occurs when they ingest different things they find.

The bird underwent treatment and will be reassessed in a few weeks. 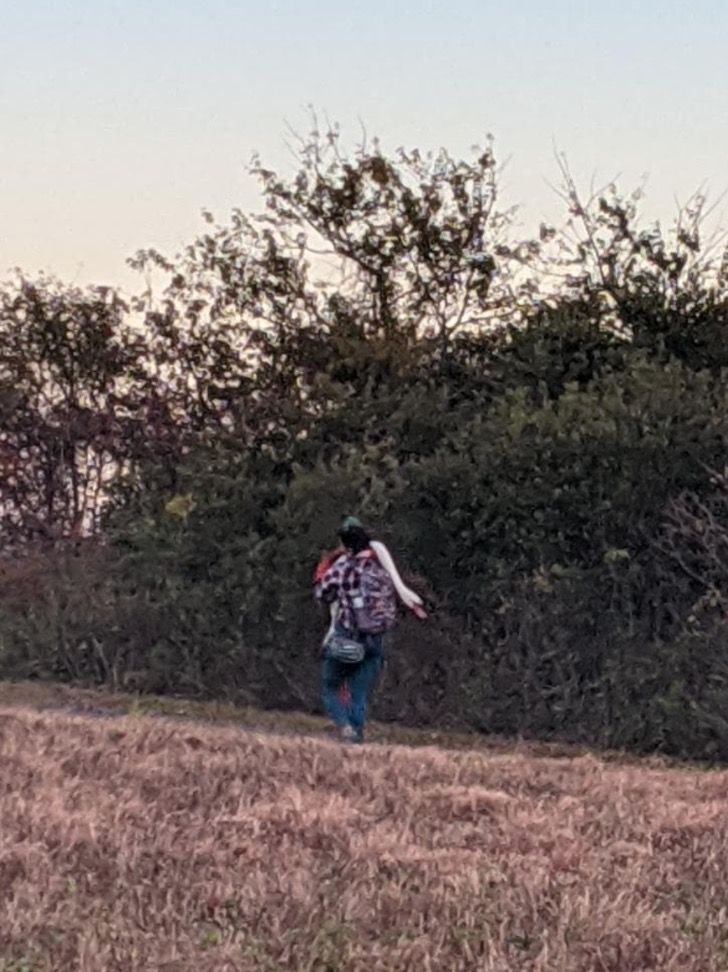 Ariel was very happy to have helped the swan.