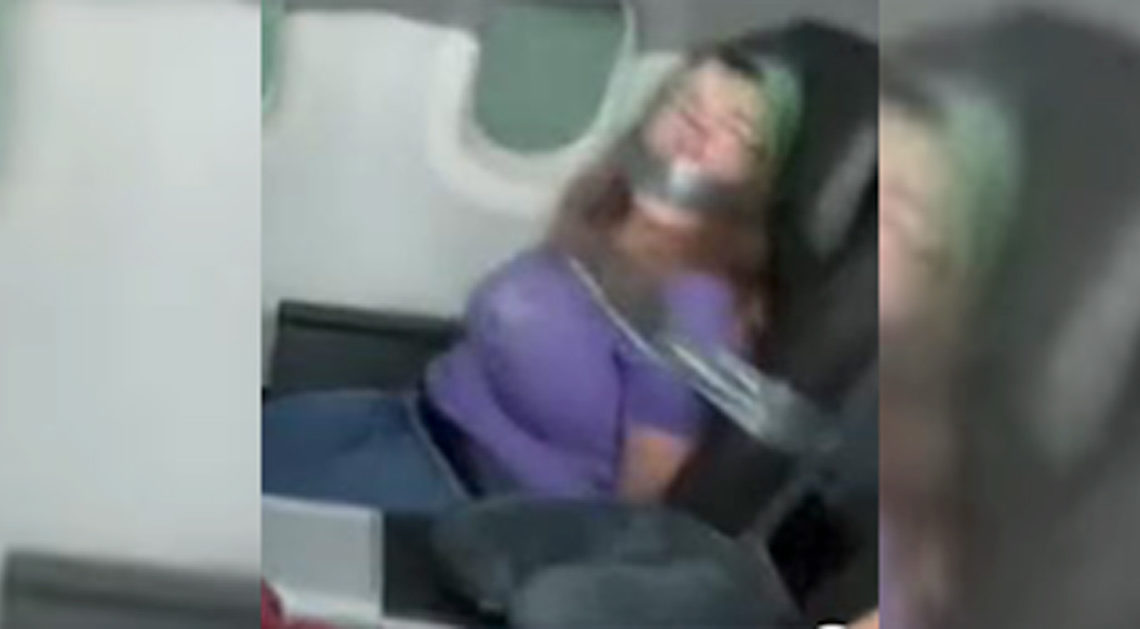 A woman had to be strapped to her seat with duct tape on an American Airlines flight after she tried to open a door on the plane mid-flight.

The passenger, who hasn’t been named, was on the flight from Dallas-Fort Worth to Charlotte on July 6 when she attempted to open the front boarding door while the plane was in the air.

As cabin crew rushed to stop her one flight attendant was bitten and physically assaulted, according to American Airlines.

According to Business Insider, the commotion started one hour into the two-hour flight when “all flight attendants were running up and down the aisles, frantically kind of like whispering to each other.” 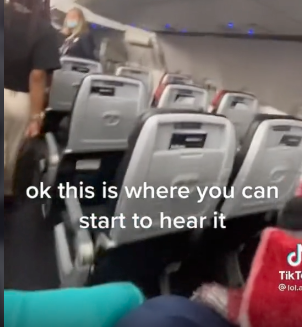 “She was saying, ‘I need to get off this plane,’ and she went up to the exits and started banging on the doors, saying, ‘You need to let me off this plane!’” as per the article citing @lol.ariee.

The woman had to be restrained in her seat using duct tape so the flight, carrying 190 passengers, could land safely.

A  video posted to TikTok shows the woman in visible distress and calling out while being restrained as passengers left the plane at the Charlotte airport.

The woman was transported to a hospital for evaluation after the flight landed safely at Charlotte Douglas International Airport, the airline said. 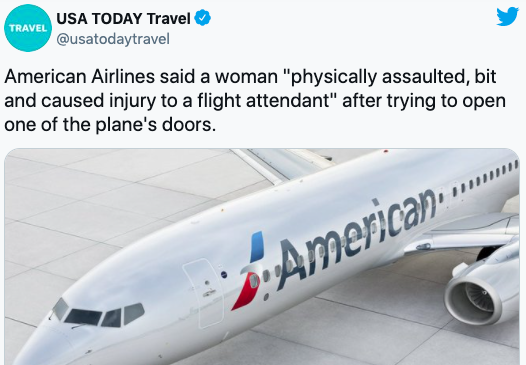 An American Airlines spokesperson told Business Insider in an emailed statement: “[The woman] attempted to open the forward boarding door and physically assaulted, bit, and caused injury to a flight attendant. We applaud our crew for their professionalism and quick effort to protect those on board.”

The airline has placed the woman on American’s “internal” no-fly list pending investigations, according to FOX News.

It’s typically physically impossible to open a plane door mid-flight, American Airlines as there are thousands of pounds of pressure pushing on the door, as reported by the Charlotte Observer.

I can’t imagine how terrifying this must have been for the staff and passengers on board and it seems some imagination was required to ensure this woman didn’t harm herself or others.

What do you think about the steps taken to secure her? Please post your comments below and share this article.