Woman Rescues 21-Year-Old Cat Abandoned By Owner, To Give Him Best Remaining Days 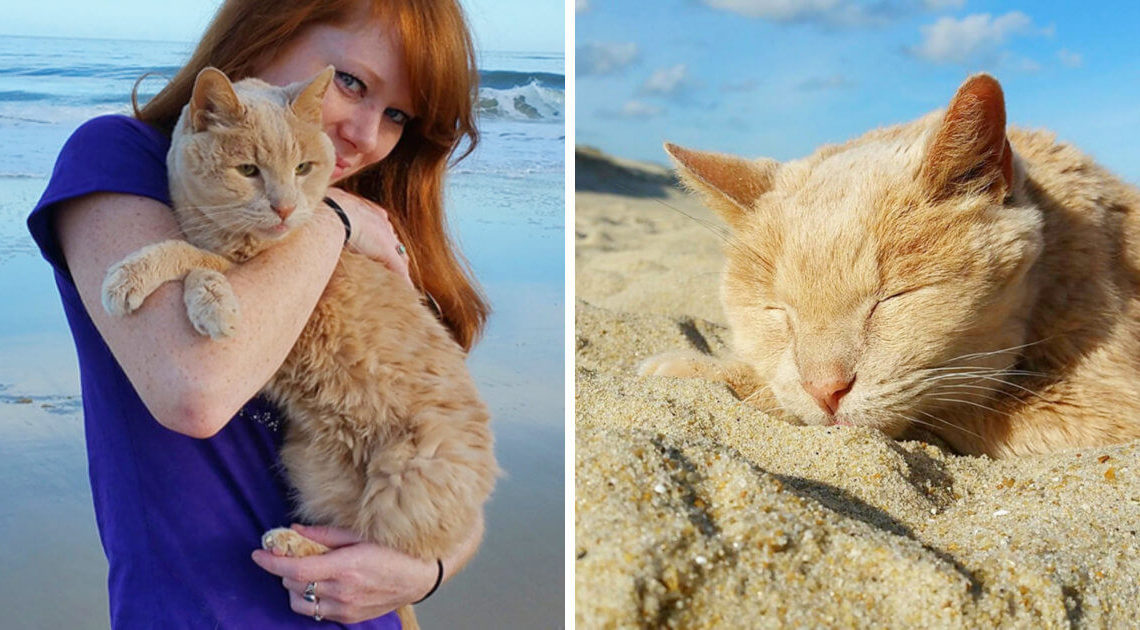 To fulfill someone’s wishes when they are nearly reaching the end of life, we tend to make all the effort as much as possible so we will never regret anything. Adriene Buisch (Nicole), a marketing coordinator at Charm City Veterinary Hospital, knew that her senior feline companion Tigger had a kidney failure and he had to deal with the remaining time, she created a bucket list and joined with him in every activity. Although Tigger passed away in March 2017, his influence and memories are still in Nicole’s heart.

At the sunset of his life, 21-year-old cat Tigger was abandoned by his human 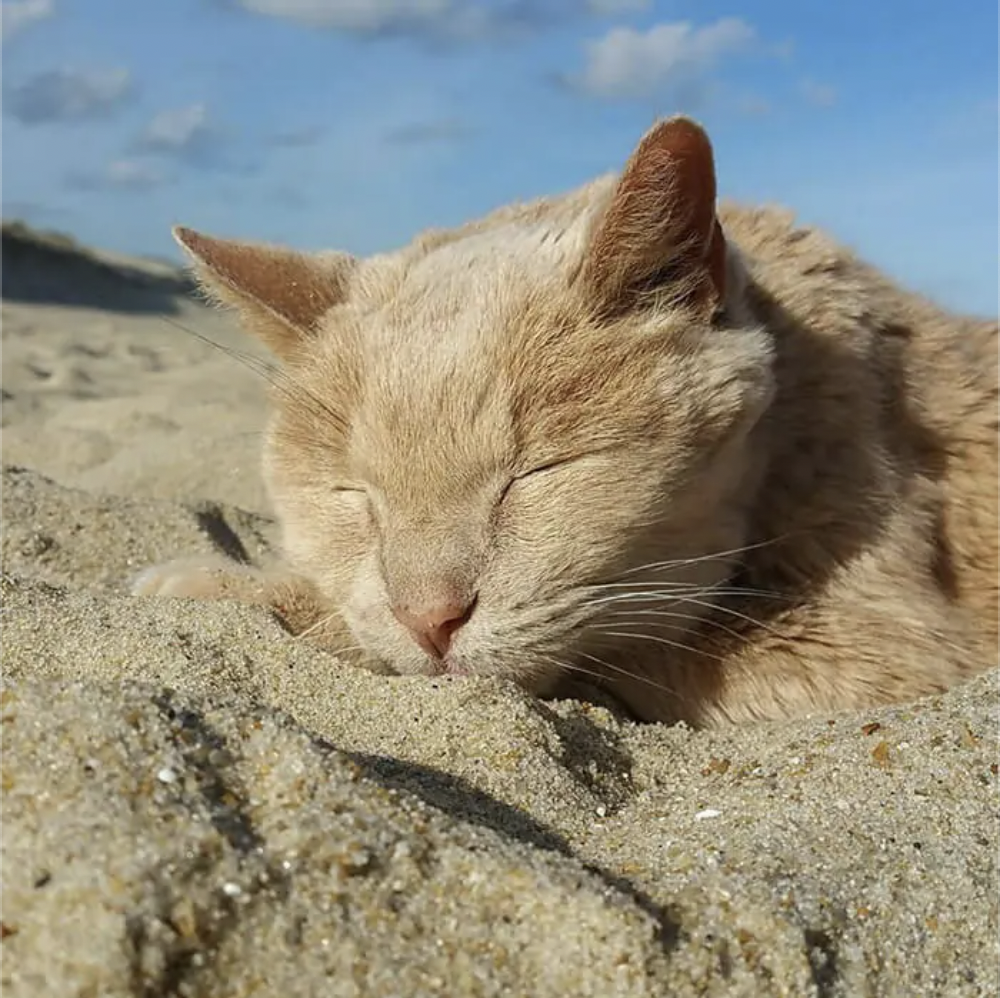 In 2015, Tigger was devastatingly abandoned by his former human at a local veterinary surgery, and he was dying for food and love. In the meantime, Nicole and her boyfriend were also looking for a companion to befriend her 6-year-old cat. They did not expect to find another cat since they already had had one, but Tigger’s story on the Canton Neighbors Facebook page suddenly melted Nicole so they decided to bring this 21-year-old orange feline home from Towson Veterinary Hospital.

“We looked at each other and we were like, ‘We’re taking that cat.’” – Nicole said.

“When we brought him home that night it was like he never forgot what it was like to have pillows and blankets.” – She continued.

But then Adriene Nicole came along 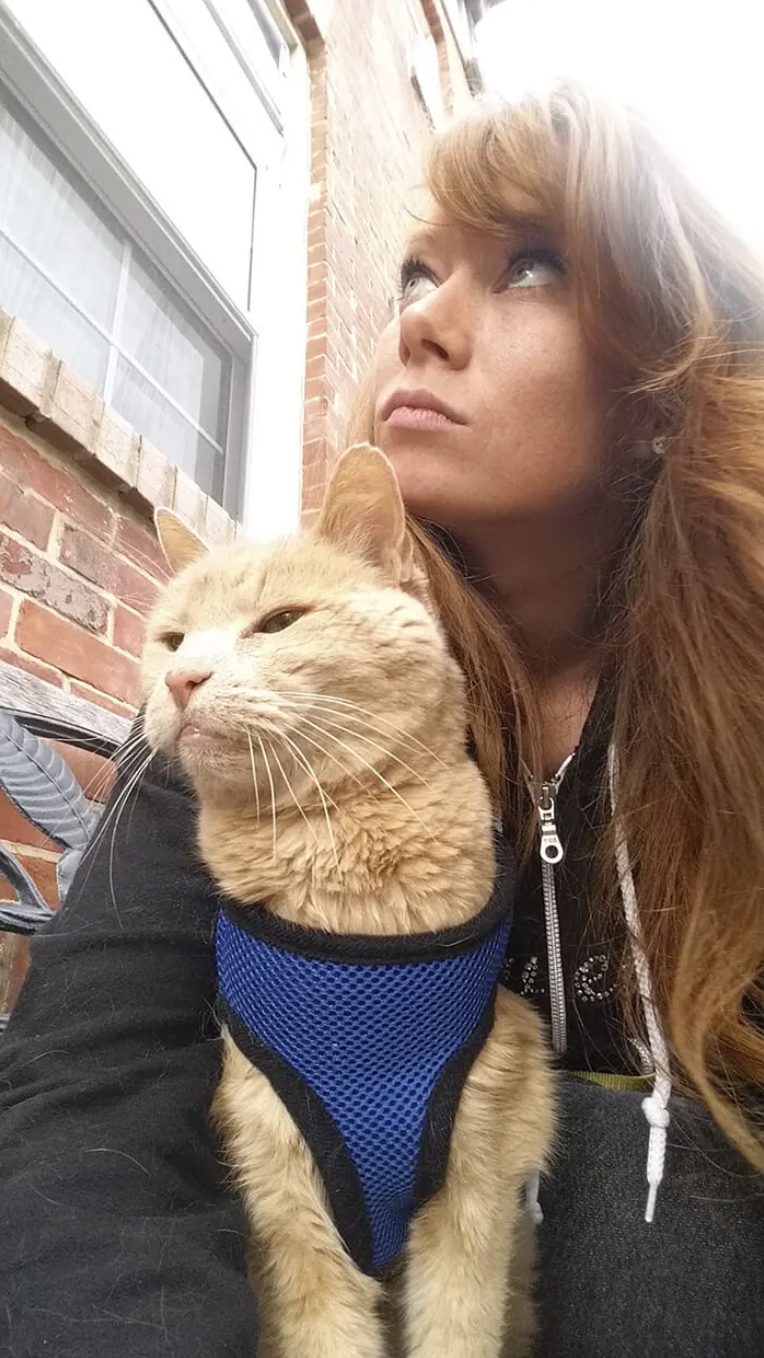 But the cat was not like other adoptive ones, he was horribly matted and underweight. When the couple brought Tigger to have a checkup, they received big prescriptions for him. Gradually, Tigger became amazingly transformative. His fur was no longer matted and dry but soft and silky, he gained weight and happiness at the same time.

She wanted to give him the love he needed, so she took him home from the shelter 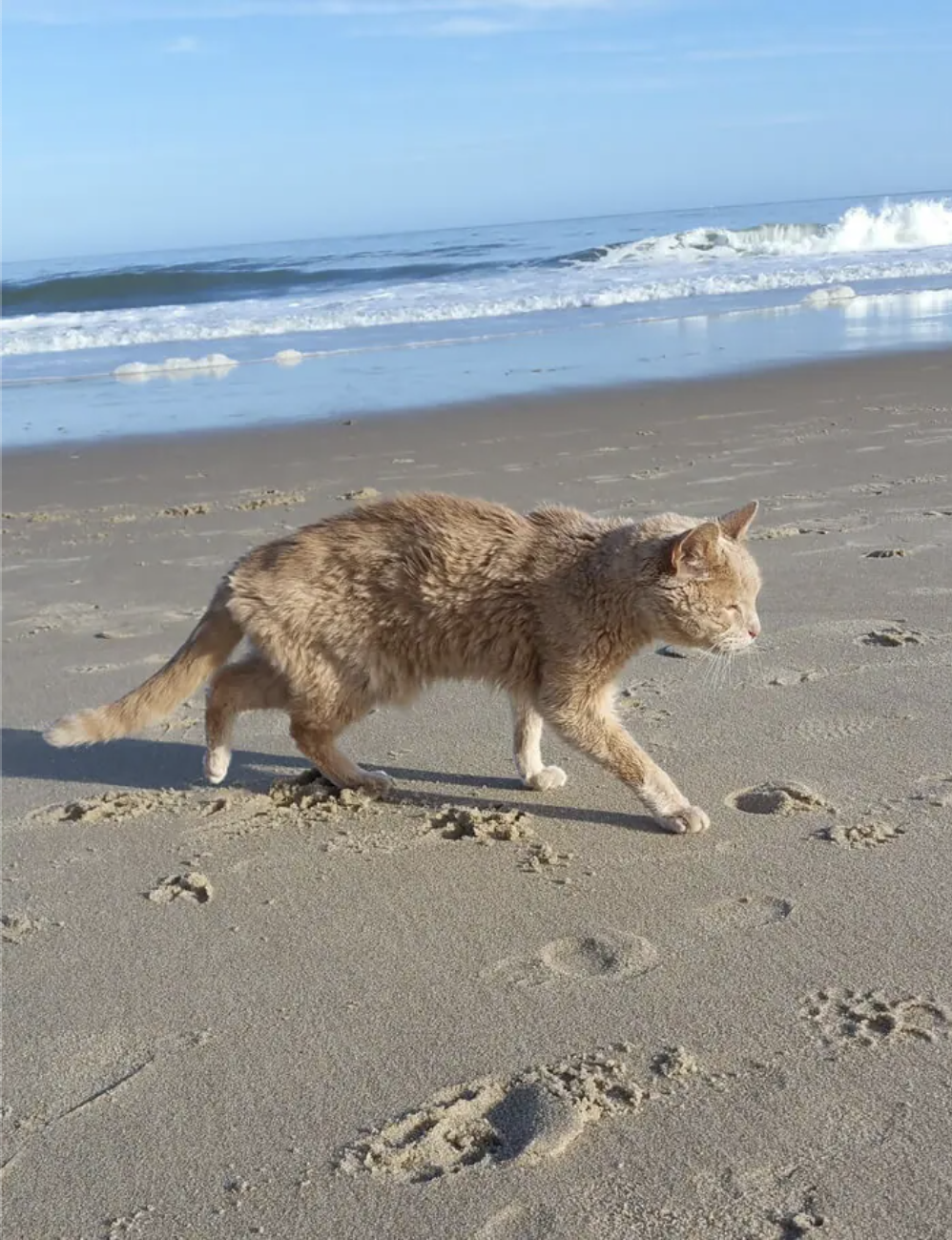 However, the family once noticed that Tigger had been drinking water eagerly, unlike what he used to usually do. Nicole had a hunch that was something off so she rushed him to the vet again. Turned out, Tigger was determined kidney failure and he had been carrying a golf ball-sized tumor inside his body.

Not only was he underweight and his fur was matted, Nicole soon discovered he was terminally ill 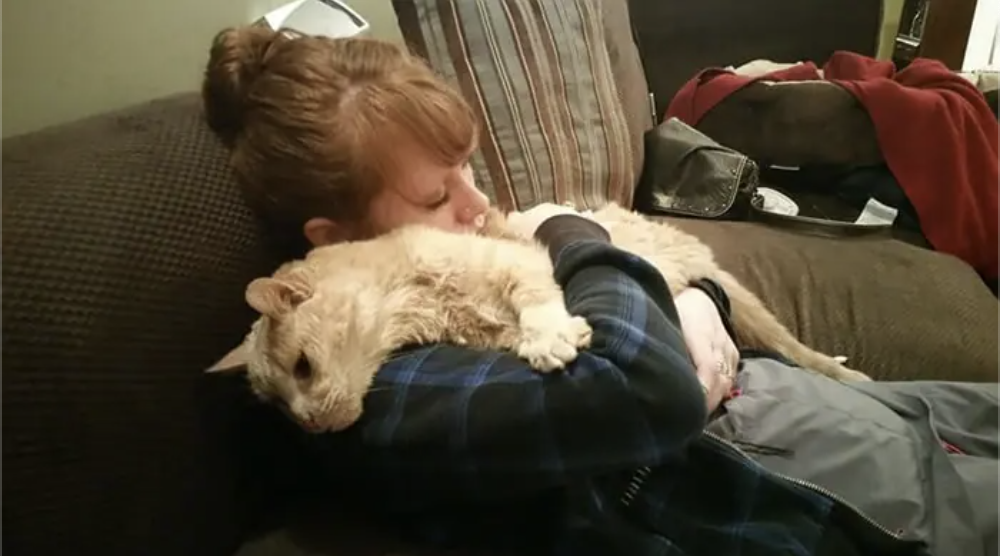 As a true cat lover, Nicole didn’t feel awful but strengthened herself to accomplish Tigger’s will: living the best days on Earth.

“Though he has kidney failure and we found a tumor, he kicks it like a 12 yr old. We decided to create a bucket list full of random adventures [for Tigger].” – She wrote on Facebook.

But it didn’t hold Nicole or Tigger back 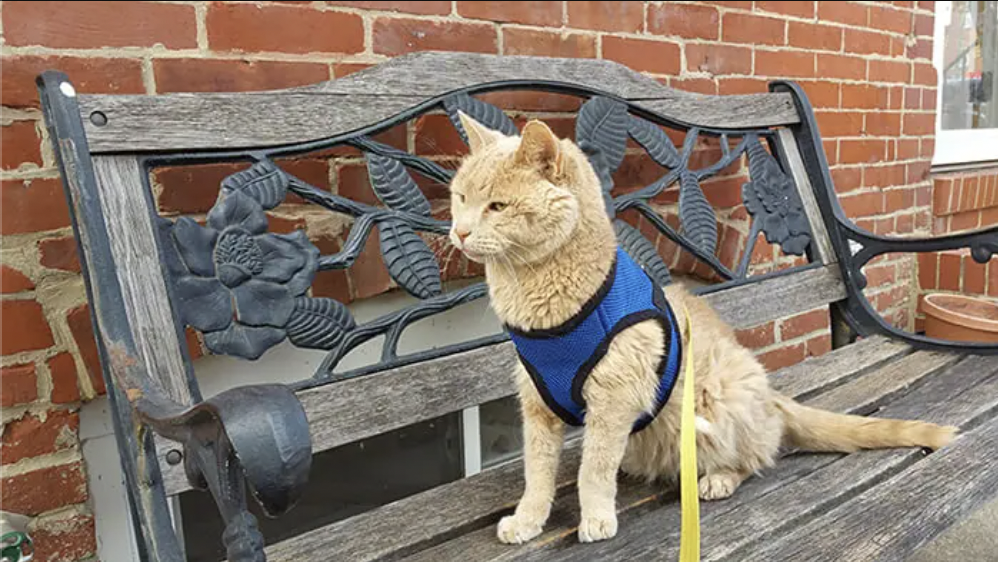 Tigger was such an amazing kitty, he loved being outside and wandering around the beach to soak in the sun. They had been traveling on the shore of Bethany Beach, where Nicole had a house. The couple celebrated Tigger’s birthday twice, he was even featured on Fox 5 DC to have a decent interview. He had joined so many holidays with the family and another kitty. The couple had documented his bucket list adventures on a Facebook page and it went viral. People adored how Nicole accepted a senior kitty, how Tigger had changed the whole family for the good.

“Though he has kidney failure and we found a tumor, he kicks it like a 12 yr old” 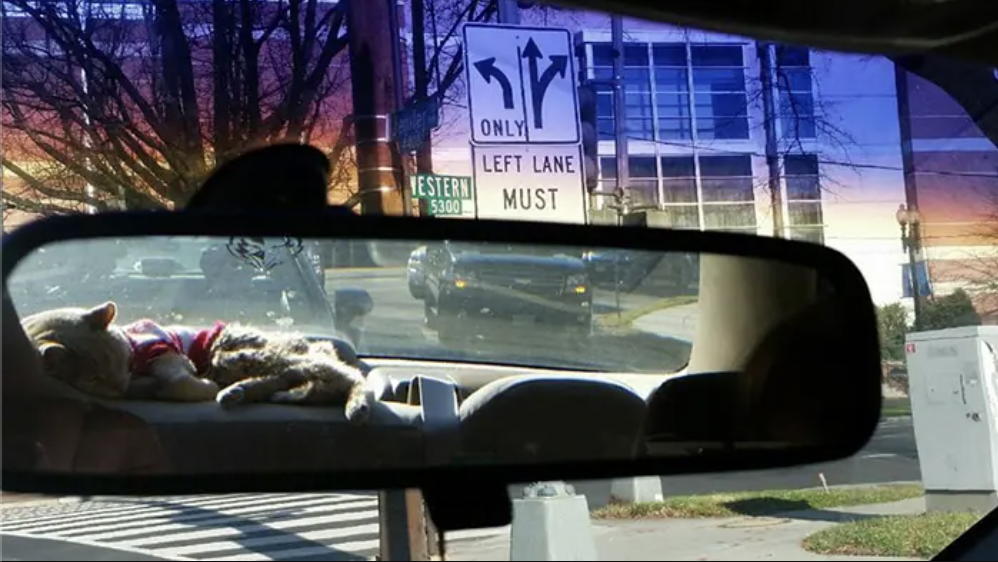 “The most important part is that Tigger’s story just shows how amazing it is to adopt a geriatric pet and give them the best remaining days! He has forever changed our hearts and will hopefully change the hearts of others when it comes to adopting older pets!” – She said. 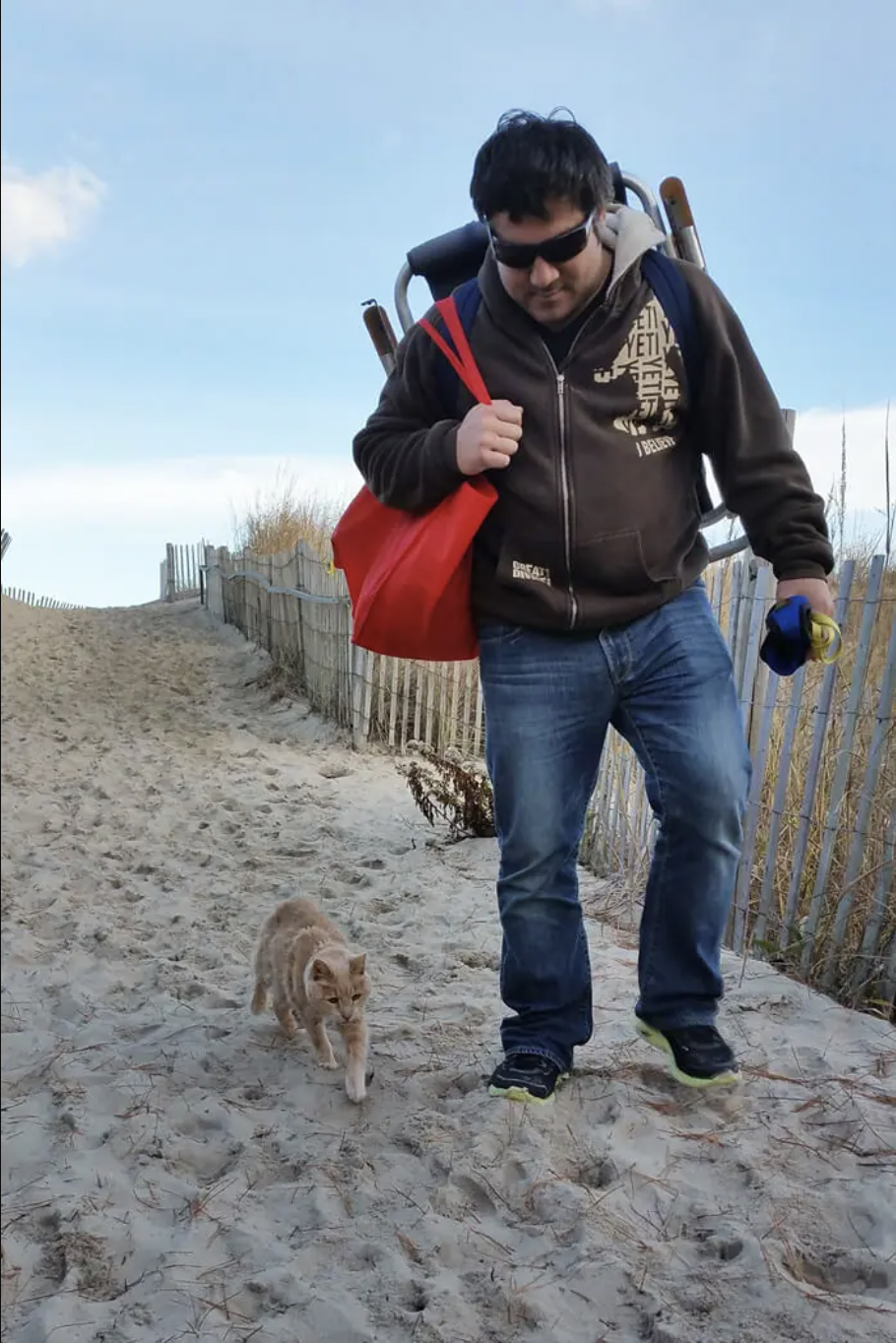 Unfortunately, when they finished off celebrating Tigger’s 2 years “Gotchya Day”, he peacefully purred within 30 seconds and passed away in the owner’s loving arms. Nicole’s heart was broken in pieces, the old cat who had been the sweetest companion in her life. The fateful moment was memorable with Nicole, yet, she felt thankful and grateful because Tigger was safe in her embrace at the very last minute. 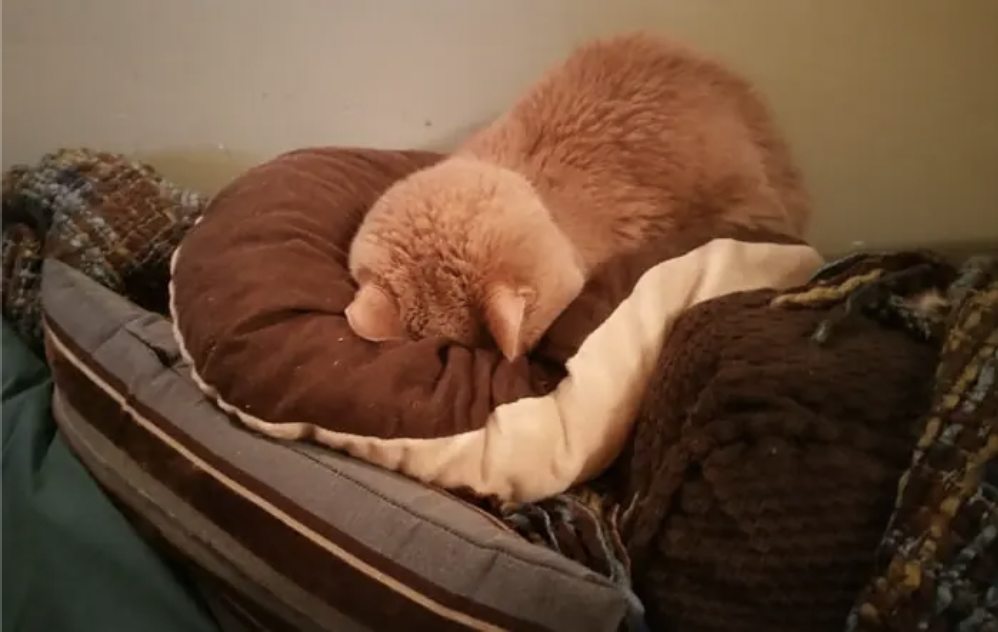 “Though it might not be much to others, all the little trips outside are a blast for him because he loves to be outdoors…” 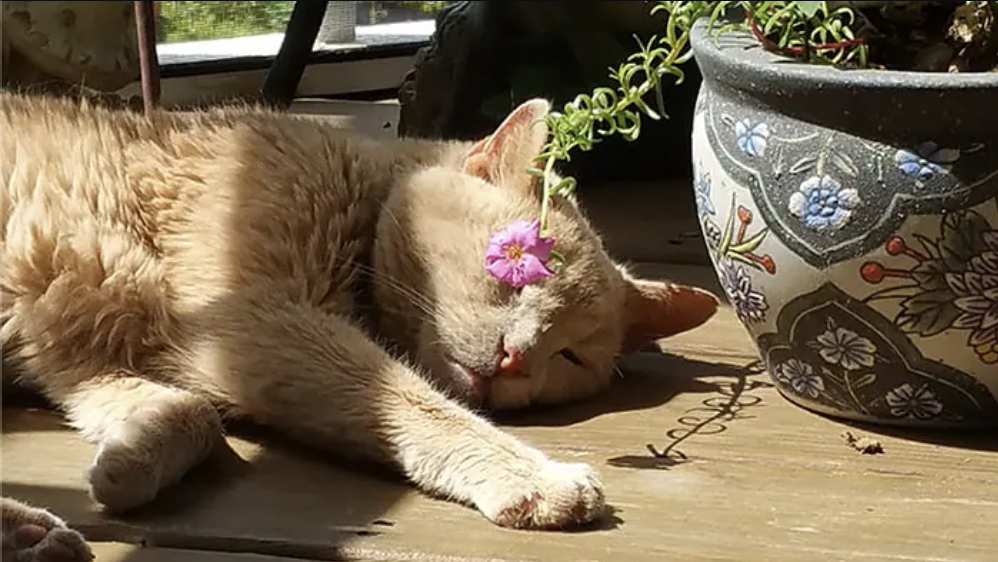 “The fact that he tucked his head in my arms purring in his last seconds means everything to us. He didn’t have to be stressed out at a vet visit. .. and he passed with his complete family… Mommy (Adriene), Daddy (Michael), and his brother Stuart (the 6-year-old cat).” – She wrote.

“I hope his journey helps cat and pet lovers know how wonderful it is to not only adopt but to adopt older pets. Witnessing the love and happiness of Tigger changed our lives.” – She continued.

“…The beach being his favorite so far” 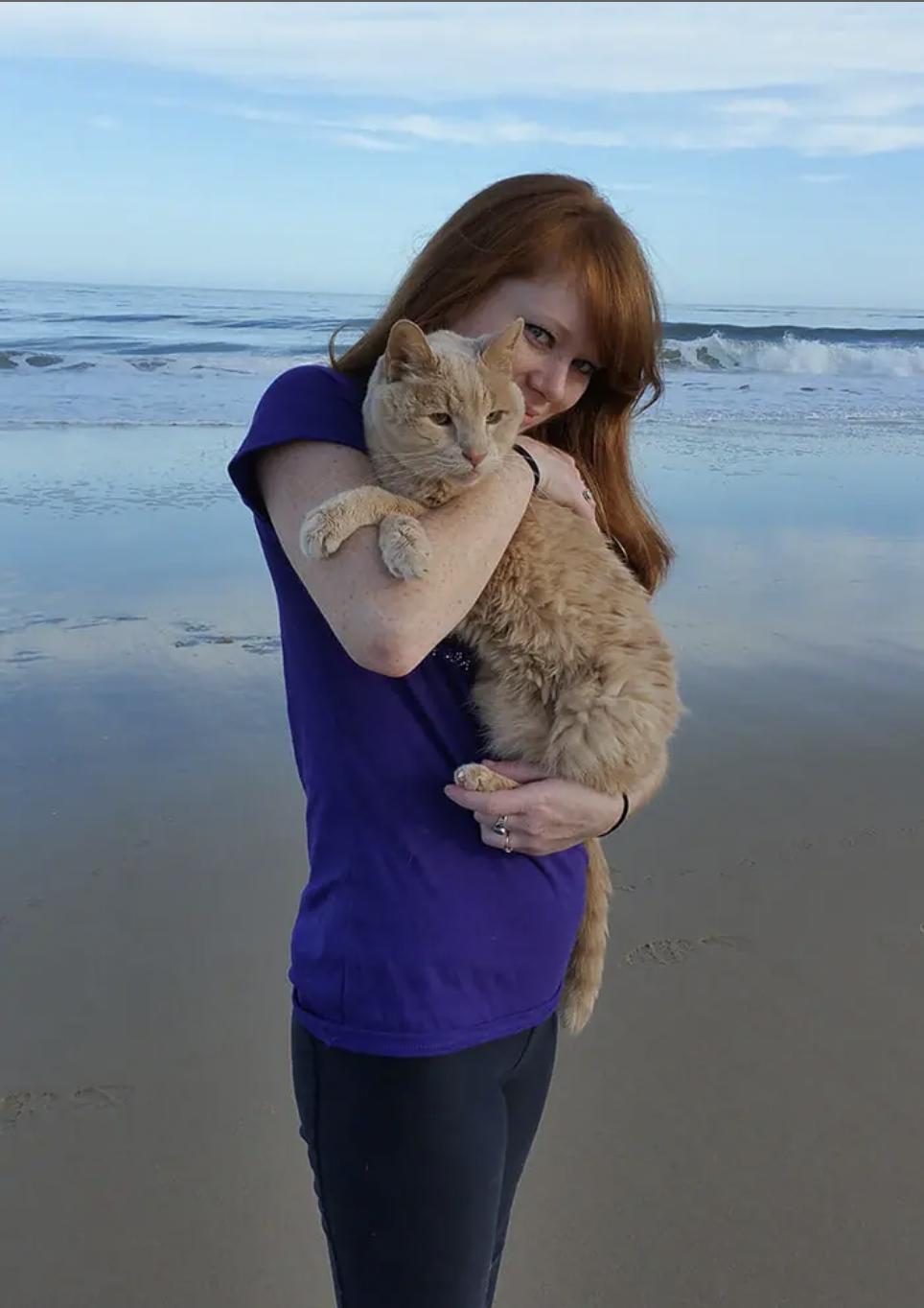 “He has forever changed our hearts and will hopefully change the hearts of others when it comes to adopting older pets!” 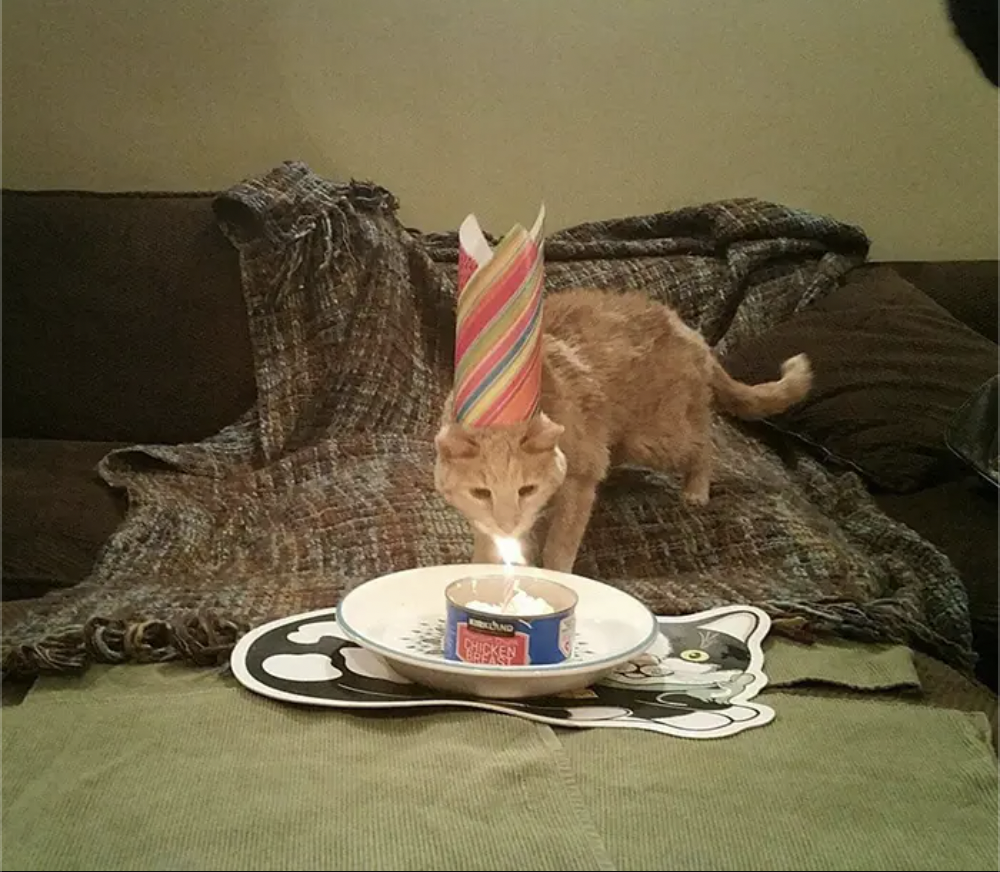 Thank you, Tigger, for lifting people up during the spent years. We love your adorable face and relaxing adventures, you are such a gem in Nicole’s family. Rest peacefully, Tigger!