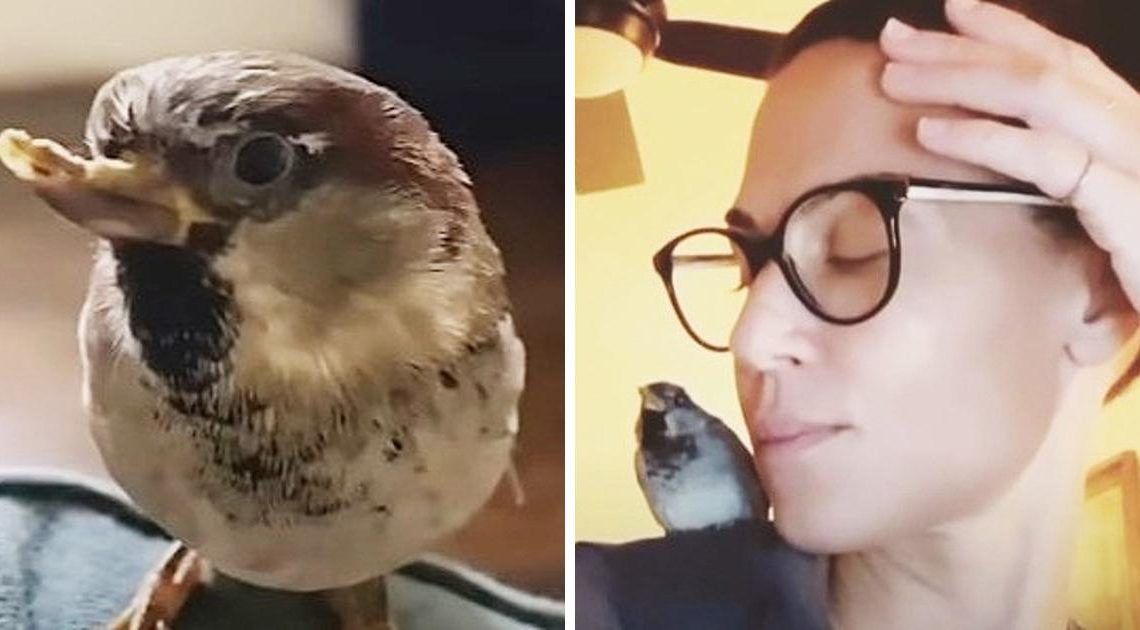 Making a new friend can be life-changing, as this adorable pair discovered. A bird and a woman found each other when they needed each other most. After a bird had been injured, a woman found him and made sure to tend and care for his every need. She was struggling with grieving the recent loss of her dog, and she needed something to distract her and someone to give her love. Although it took plenty of time and effort, she has taken the bird into her home and cared for him day and night, nursing him back to health.

Based in California, a woman named Maria came across an injured bird on May 6, 2020 that was not native to the state. After trying to get him professional help so he could be sent back out into the wild on his own, she was told that he was unreleasable, meaning the bird either needed to be euthanized or adopted. Since it was legal for her to adopt him, she did just that, and the bird has been with her ever since.

The sparrow is named Happy — perfect for his sweet and constantly upbeat personality and attitude, and his beak shaped like a smile. While Happy has a pretty unique background story, his current actions are just as interesting to observe. Rather than act like a typical bird, Maria has shown that her fluttery friend acts as if he is a dog. Based on the countless Instagram posts centered around Happy, it’s easy to see why Maria believes her bird has convinced himself that he’s a dog. 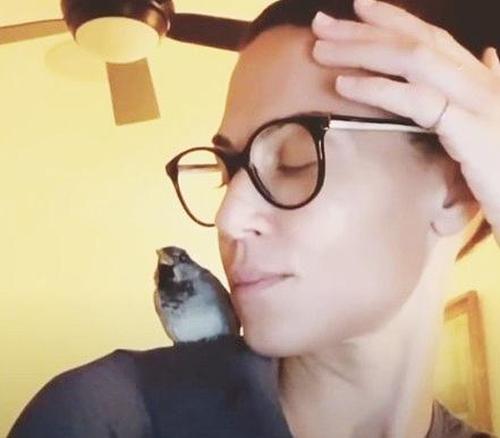 Taking the internet by storm, Maria set up an Instagram account for her happy bird, who is appropriately named Happy. With an astonishing 32,000 followers on Instagram, this sparrow has definitely helped to give people a reason to smile. The Instagram bio reads: “HAPPY is the rescue sparrow who can’t stop smiling,” followed by a cute message for any new followers welcoming them to “the HAPPY family.”

Speaking with GoBeats Animals, Maria explained that when she found Happy, his head was bleeding and there was a scab on his nose. After being told he was unreleasable by a rehabber, she legally adopted him since he was also a non-native species to California. Sadly, two weeks later, Maria’s dog died. “I was feeling so low and this little guy, every 20 minutes of every day, gave me a purpose,” she said. She’s had Happy for more than a year now.

“He’s like a curious puppy,” she explained. “He snuggles and he wants me to pet him, and if I don’t he pushes my finger, like a dog would push your hands.” The sparrow was named Happy since his beak is slightly perked up, making him appear as if he’s always smiling. This was caused by the scab that was on his beak, as it “ate away at his top beak and his sinuses.”

Responding to Maria’s calls for action and learning how to feed himself and put himself to bed, Happy has proven to be a pretty smart and unique little bird. “Sparrows are much smarter than I ever thought they were,” Maria said. Luckily, the two friends have plenty of time together, as Maria explained that the longest a bird lived in captivity was 21 years.

What do you think about this adorable sparrow? Did he make you happy? Let us know, and be sure to pass this on to your friends and family, too!

Are You Short Of Breath? Here Are The 15 Most Powerful Herbs For Your Lungs’ Health
1