Woman hits wild horse with a shovel, the horse kicks her back 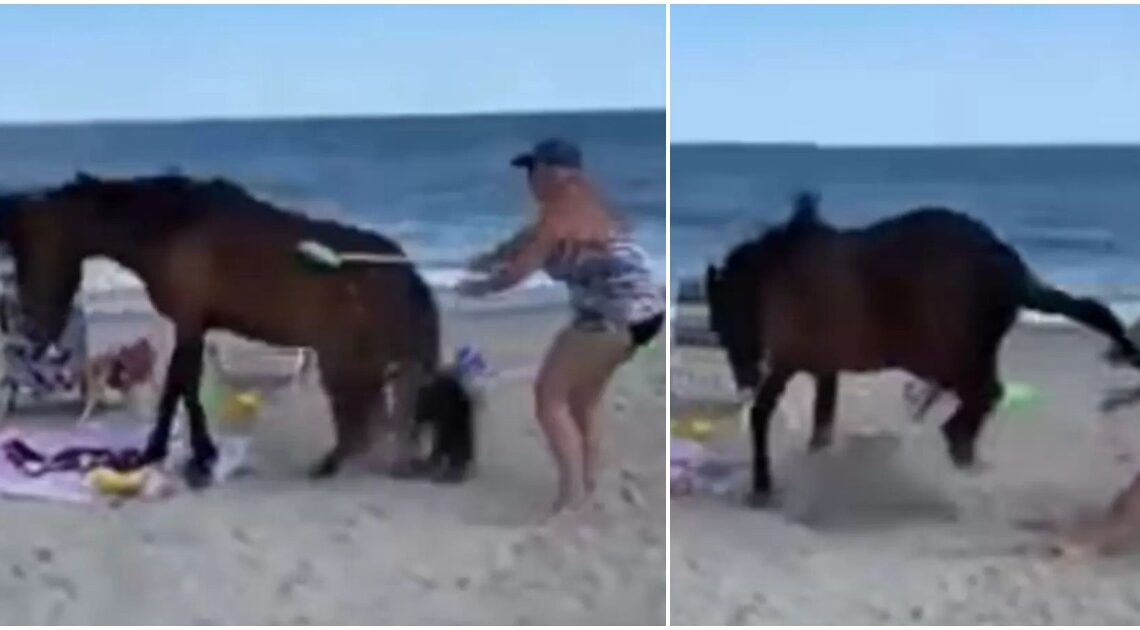 Getting close to wild animals can be a once-in-a-lifetime experience, but we can all agree that it can be a very dangerous one, too.

The Assateague Island, which is on the coast of Maryland and Virginia, is a breathtaking tourist attraction not only because of the astounding surrounding, but also because of the wild horses residing there. However, no matter how majestic and elegant the horses look, tourists should have in mind that they are wild, which means they should be handled with care and only be approached from a safe distance.

“Horses bite, kick, & charge. Keep at least 40 feet away,” is just one of the many signs placed on the island. 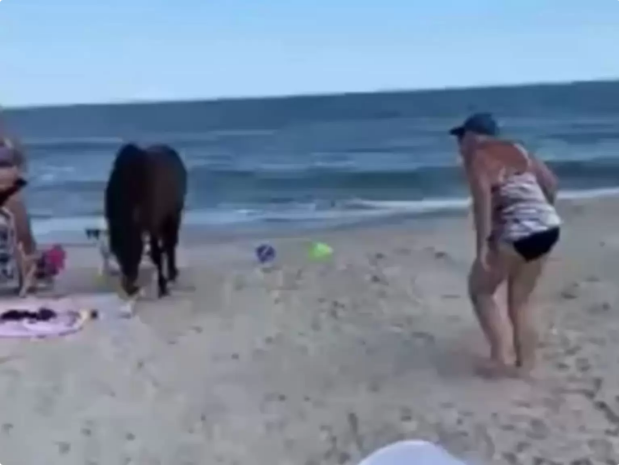 Unfortunately, this didn’t stop one of the tourists from getting violent towards one of the wild creatures. Because of no apparent reason, she took a shovel in her hand and decided to hit the animal with it. Someone saw her intention and started filming the incident because they knew it would end badly. On the video, one of the onlookers could be heard saying: “They’re going to kick you,” but the woman proceeded with hurting the poor horse. 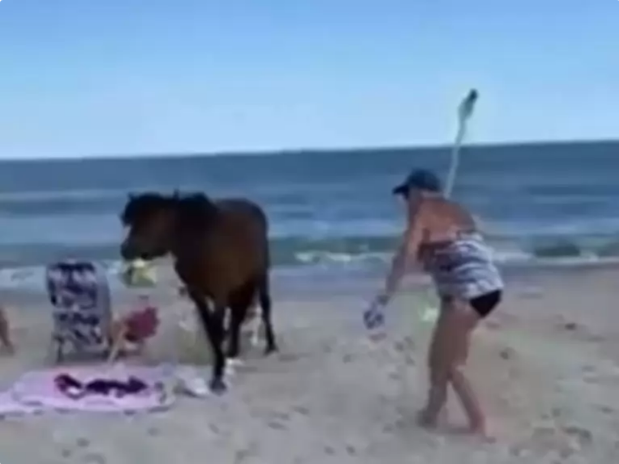 Of course, that’s exactly what happened. The powerful animal responded instantly and kicked the woman. She fell into the sand but didn’t seem to be heavily injured. 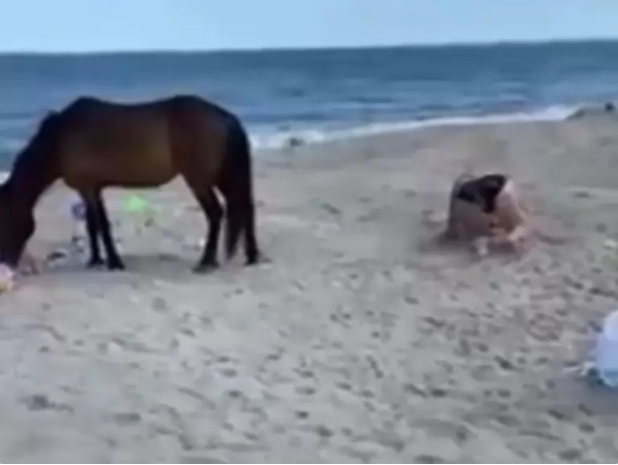 After the video went viral, the Assateague Island National Seashore Law Enforcement Rangers and the National Park Service released a statement regarding the incident.

“These horses have learned where to find food and how to get it. They can bite or stomp a food package open, they can kick open an unsecured cooler, they can eat right out of open beach bags. The horses will stage an all-out assault on the beach in the pursuit of food. This is so dangerous for visitors,” the NPS said, as reported by Miami Herald.

“Assateague’s horses are beautiful, tough, and wild. They have learned to survive in a harsh environment. Feeding and/or petting them is detrimental to both visitors and horses.”

“Visitors are kicked, bitten and knocked down every year as a direct result of getting too close to the wild horses. Treating wild horses like tame animals takes away the wildness that makes them special. Protect your family by respecting theirs. Give the horses the space they need to be wild.”

Everyone who has seen the video agreed that the woman got what she deserved for messing with the wrong animal.

You can take a look at the incident in the video below.