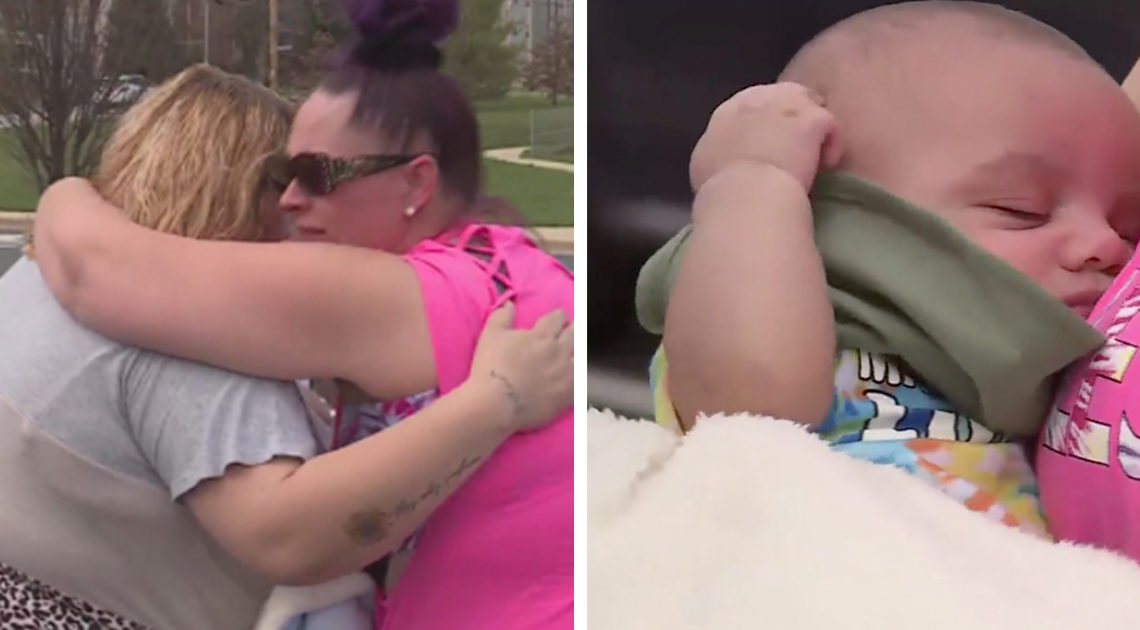 It’s a situation most parents have nightmares about, their child taken by a stranger with no clue where they are or if they’re okay.

For Gena Wilson that nightmare became a reality when someone stole her van with her 3-month old son Ghyadi inside.

The mom and her friend were about to head out when both of them had to run back inside to use the bathroom. Gena left her van running but when she came back outside, it was missing from the driveway.

Someone had stolen her vehicle from outside her home in Alton, Illinois, with her baby boy strapped into the carseat in the back.

An Amber alert was issued and the whole communtity came together to help and started searching for the baby on foot.

Mother-of-three Brittney Ford was so shocked by the incident that she got into her car, rolled the windows down and drove around hoping she would hear the cries of baby Ghyadi.

Thankfully she did hear him and was able to rescue him from the ditch that someone had thrown him into.

“Even though it wasn’t my child, my heart sank because no mother should ever have to go through that…it was awful…and then hearing him cry like he did, no mother would want that to happen to their baby,” Brittney told Fox2 Now.

Mom Gena said the person who stole her van had thrown her baby out like he was trash.

“Other than a few scrapes and bruises, he’s perfectly okay…whoever it was did not nicely place him, they were very disrepectful, they threw him in a ditch,” mom Gena said.

Police predict the baby was in the ditch for two to three hours and he was rushed to a children’s hospital where he was treated for hypothermia and minor bruising and scratches.

Gena was able to thank Brittney in person for finding and saving her baby boy, and gave her a big hug while holding Ghadi.

Metro East prosecutors say a 15-year-old has been charged for the kidnapping and attempted murder. They also said they are not ruling out charging the teen as an adult, as per KMOV4 News.

I can only imagine the relief mom Gena felt when her son was found; anything could have happened to this helpless baby lying alone in a ditch.

Brittney is a hero for stopping what she was doing and joining the search for this baby. I’m so glad he’s safe.