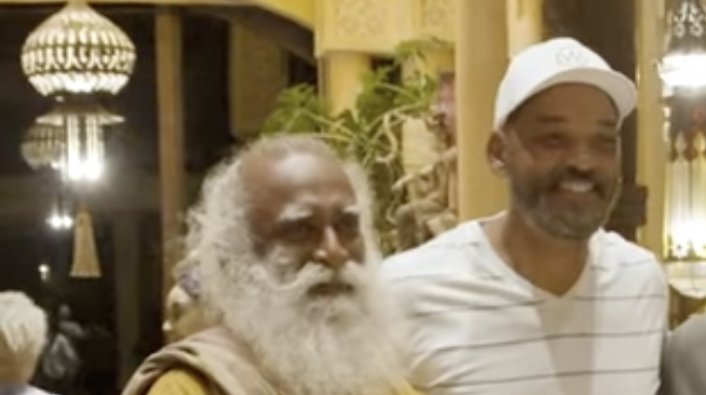 In wake of the slap heard around the world, it’s very likely that those words of wisdom resonate with Smith in a manner that they never have before. Hence, when the Oscar Award-winning actor made his first public appearance since he slapped Chris Rock on March 27th, it only made sense that it was halfway across the world to seek the peaceful counsel of an old friend.

Photos of Smith’s reemergence in the public eye first began to surface on Saturday in India. According to reports, the 53-year-old actor was seen leaving Kalina University, which is exactly where Sadhguru’s monastic community is located.

Smith didn’t appear to have any of his intermediate family members with him as he was spotted taking photos with a group of his fans. Shortly after Smith’s presence became known, Indian journalist and news anchor Griha Atul posted a clip of the Philadelphia native interacting with people somewhere in Mumbai.

#WillSmith in Mumbai- post the Oscar slapgate. Reason for visit yet unknown – although was seen with a spiritual leader- he has in the past also met Sadhguru and been part of the Ganga Aarti in Benares pic.twitter.com/wCwuyhFiYa