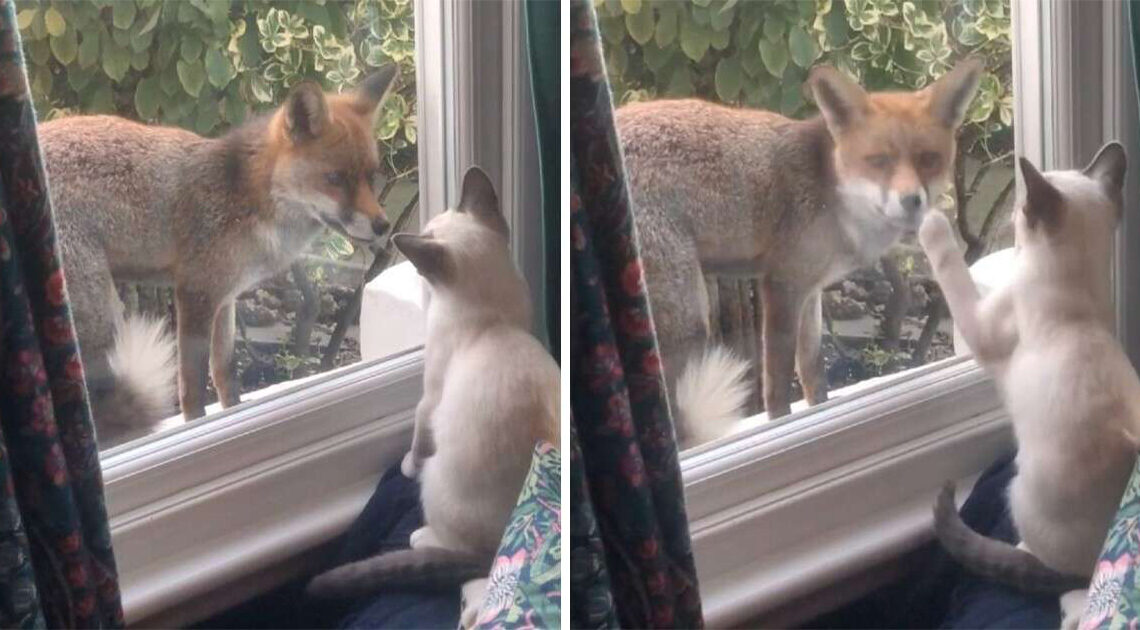 Jennifer Rutter loves observing nature from the windows of her London home. But she’s had a pretty unique visitor since February.

A daring young fox enters her yard on a daily basis and enjoys basking on Rutter’s window ledge.
“I see that fox almost every day, and she’s a local favorite,” Rutter told The Dodo. “The youngsters keep an eye on her from their bedroom windows.” 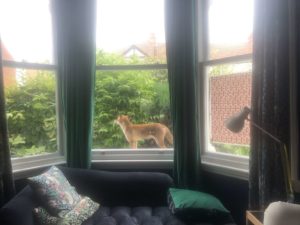 Rutter doesn’t mind living next to a wild fox, especially because the vixen is so well-mannered. “She appears to be quite kind and gentle,” Rutter observed. “[She walks] off the sidewalk to allow others to pass, and, aside from the trash she puts in my yard, she’s really welcome!” 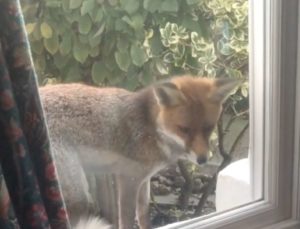 The fox even brings Rutter presents and leaves them on her porch. “It’s brought me so many ‘gifts,’” Rutter said. “I’ve got a bag of rotting limes, a bunch of chicken drumsticks, a single sausage, a little toy car – bread appears to be a favorite.”

Nobody had ever seen the wild fox until last week, when Rutter’s cat, Dodo, chose to make a new buddy.

Dodo was in the home office with her mother when the fox came at the window. The courageous tiny cat leaped at the chance to play with the wild fox. 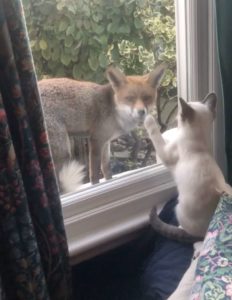 “Dodo was on my knee, and I showed out the fox,” Rutter said. “She ran up to the window and got the fox’s attention, and I began filming.” I’d never seen them communicate before, and seeing them mimic each other was quite moving.”