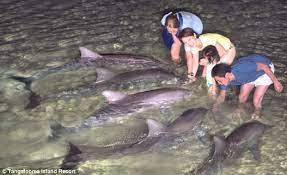 While it’s already well-known that dolphins rank among the most intelligent creatures on the planet, new research is suggesting that they just might be one of the most magnanimous too.

A team of biologists recently published a study examining dozens of fascinating cases of inter-species generosity between dolphin and human, all taking place along the shore of Australia’s Tangalooma Island Resort. According to their findings, wild dolphins have been observed bearing gifts, such as dead “eels, tuna, squid, an octopus” to wading humans on 23 separate occasions.

In the report, which appeared earlier this month in the journal Anthrozoös, researchers describe the rare gestures as “an established but infrequent part of the culture of the provisioned dolphins at Tangalooma,” yet the reasons for the gift-giving remain unclear. The wild dolphins are said to be frequent visitors to the resort and appear to be accustomed to receiving food from beachgoers; it has been speculated that the animals might either be giving in return, or consider humans too inadequate at hunting and in need of a free meal.

From the blog EarthSky likens this behavior of food sharing to that occasionally seen in our closest feline companions: “Domesticated cats that have a tendency to drop prey items at their owner’s feet. [But] inter-species food sharing in wild animal populations has not been widely documented in the scientific literature.”

Although the true biological motivation behind this gift-giving behavior exhibited by the dolphins at Tangalooma haven’t been pinpointed, it seems to suggest at least that the animals look upon us as not so different from themselves — and that just might be the greatest interspecies gift of all. 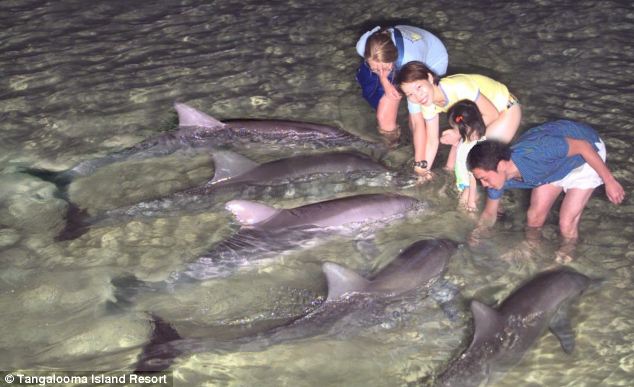 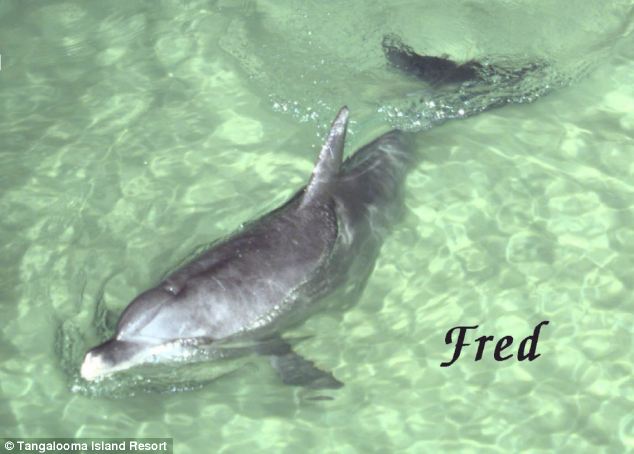 Fred, the first dolphin recorded giving gifts to a human at the resort 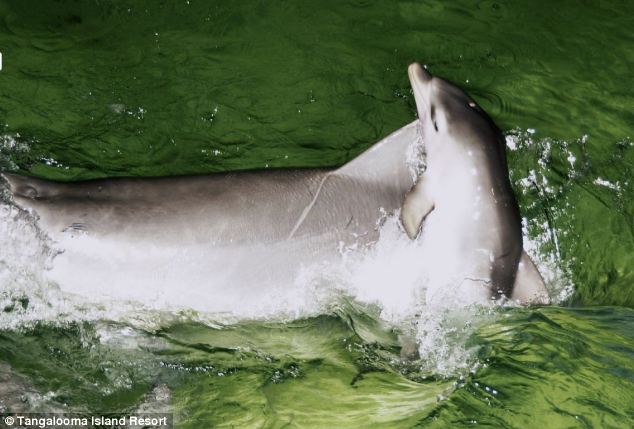 Tinkerbell and Storm, two of the dolphins found to be bringing gifts to human handlers at the resort 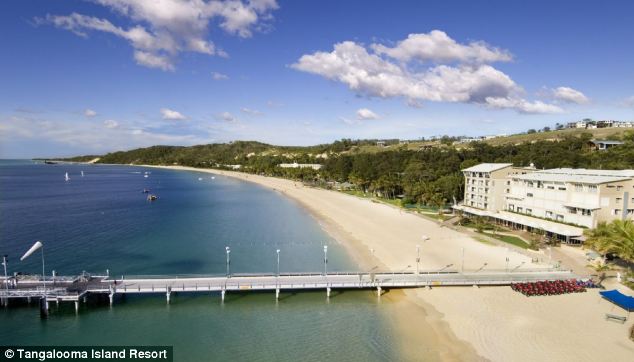