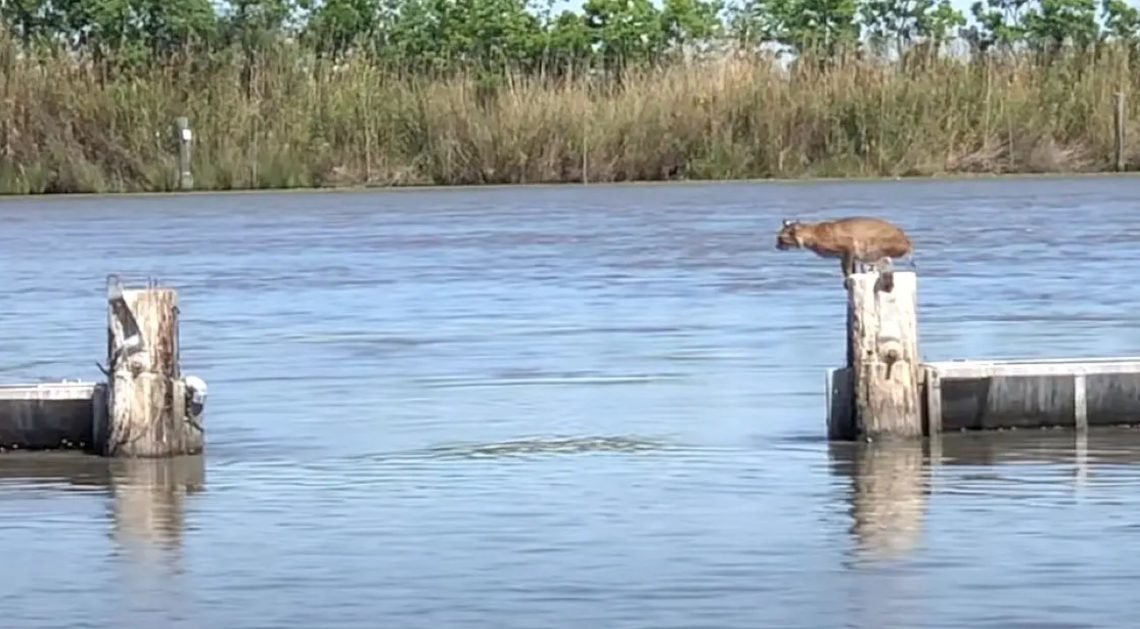 While fishing crabs in the Pecan Island, Louisiana, a group of fishermen witnessed an incredible sight. A wild bobcat showing off its marvellous agility skills left them speechless. Thankfully, one of them caught the once-in-a-lifetime moment on his cellphone. 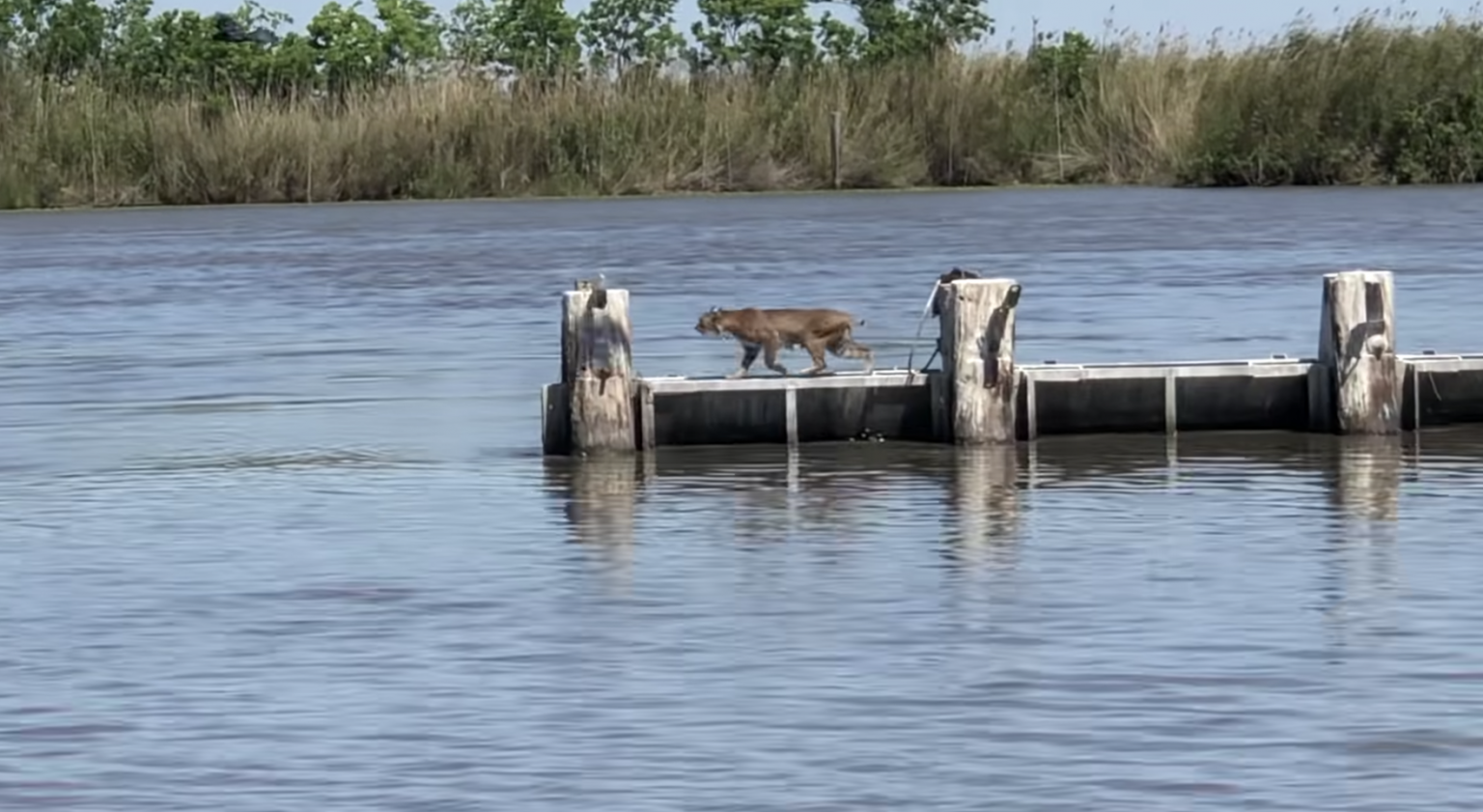 Like most of the felines, bobcats posses some incredible agility skills. Mother Nature turned them into natural climbers and swimmers, so it’s pretty common for them to search for prey, even in waters. However, these majestic cats are highly elusive and nocturnal, so catching a glimpse of a bobcat during daylight is nothing short of sensational. Even more if the sight shows the beautiful feline in a graceful flight over a river. 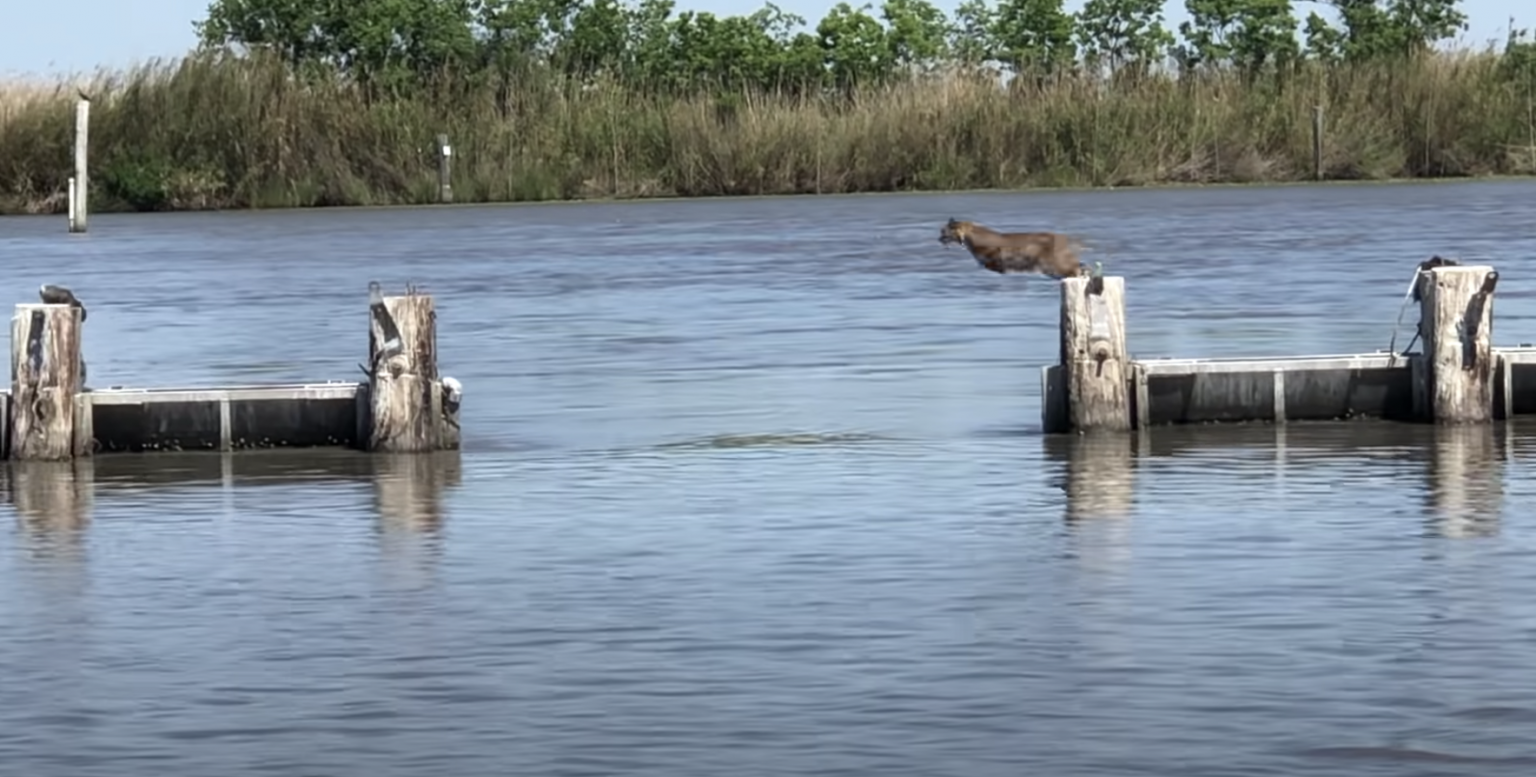 The bobcat was casually walking on a weir, when a it came upon a gape, so the only way to get on the other side was to try an impossible jump. Though the fishermen were so sure, the wild animal would not make it, the bobcat made everything look so easy. It simply flew over the water, making the huge leap look nothing but ridiculous.

“We were just out fishing for blue crab in Pecan Island,” the man who filmed the impossible scene said. “All of a sudden, this huge bobcat came out across the weir. I grabbed my phone thinking he was about to get wet, but he surprised us all.” 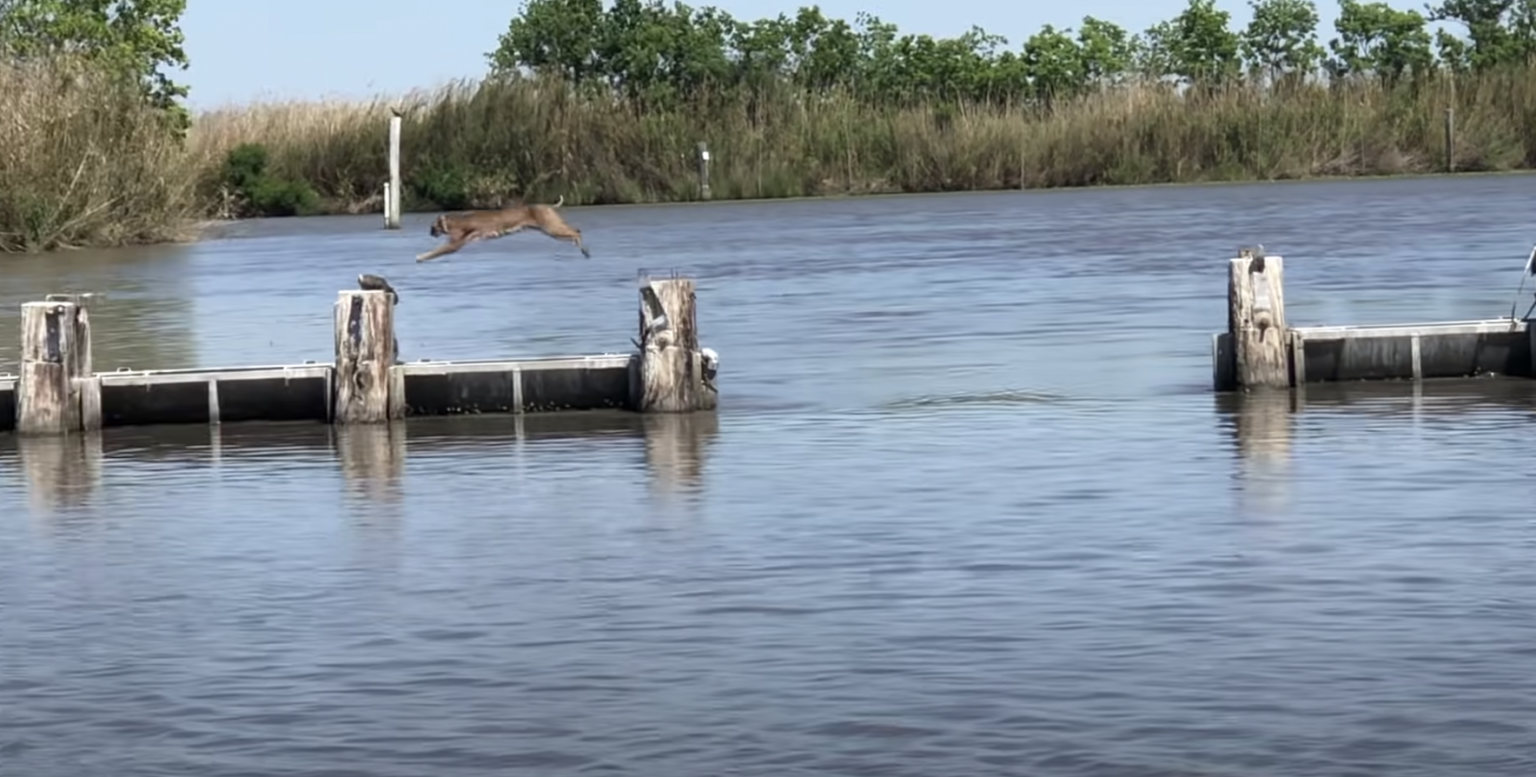 Even though the now viral footage surprised everyone, jumps like this one are just part of a bobcat’s daily routine. “[The bobcat] is trying to avoid getting wet, and given what agile athletic animals they are, jumping across the bridge is pretty easy,” Laurel Serieys, a wildlife biologist at University of Cape Town explained for Bored Panda. “It was likely it was hunting nearby and trying to get from one side of the water to the other.”