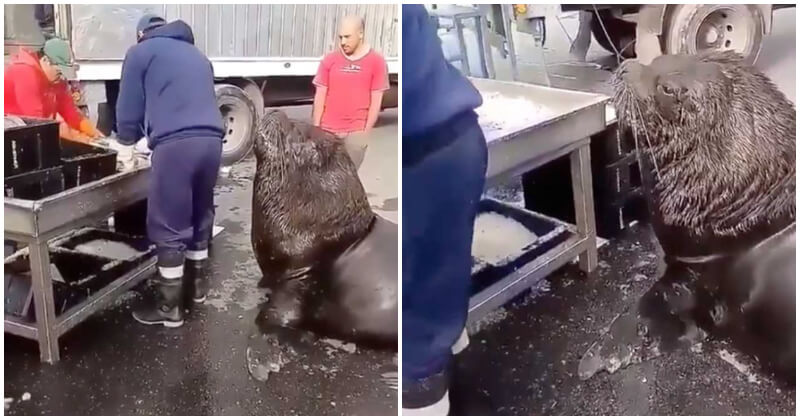 We often find the best ways we can to reach our goals. It’s highly recommended if your ways do not break any social rules or hurt anyone. This helps to advance yourself to perform better in the future. 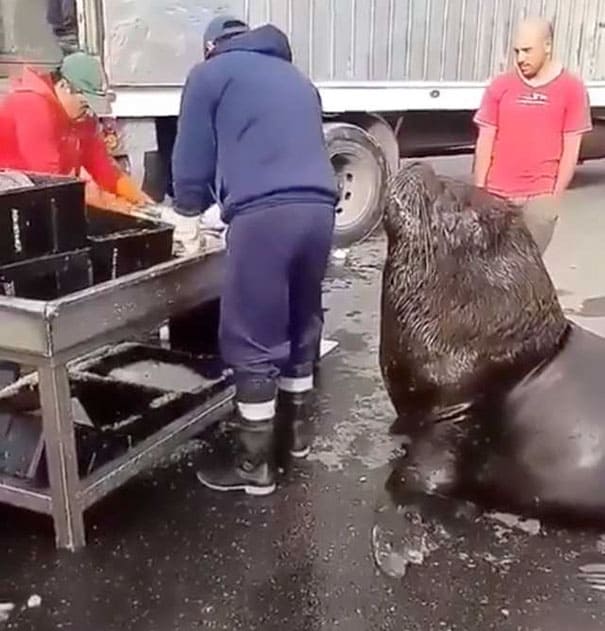 And, a giant sea lion manages to do this. Instead of catching fish on his own, the mischievous animal waddles around the fish market to ask for his snack. The point is he acts in a good manner, trying not to disturb anyone at the market. 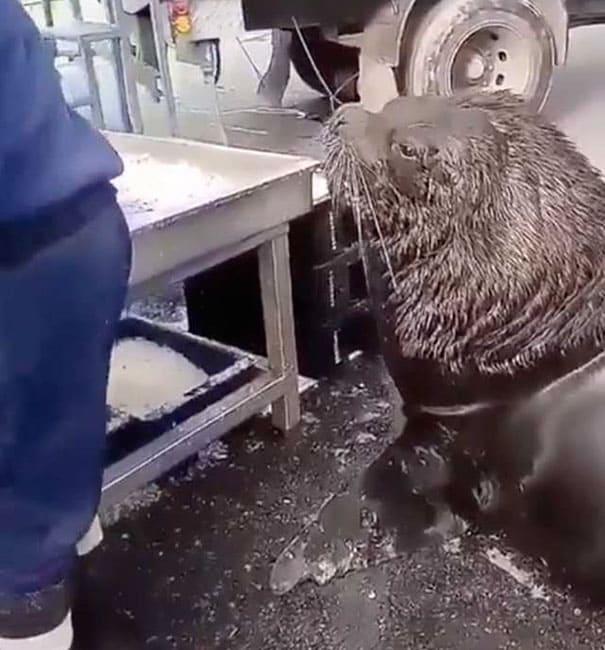 Huge animals can be well-mannered, guys. This sea lion is an example. He can’t hide his excitement when seeing all the fish in front of him. But the odd visitor kept his cool and patiently waited, hoping working men to give him some. And the polite beast didn’t try in vain. He got a big treat. Who can say no to an obedient animal? 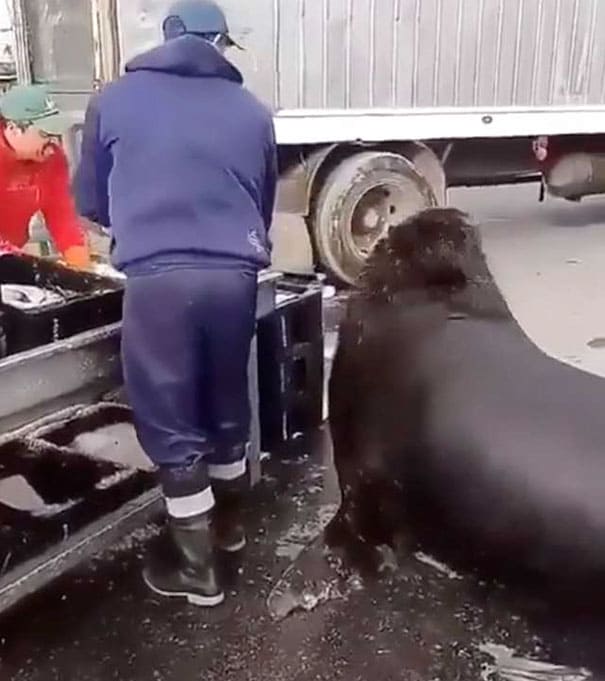 The good boy kept wandering around the market to seek fish. And these adorable moments were captured and shared on the Internet. It has won millions of views and shares as people can’t get enough of the cuteness of the beast.

Actually, this huge friend used to catch his prey. However, he changed his tactic when seeing men working in the fish market. He decided to pay a little visit to the market every day to ask for his snacks. And, it works. People are nice to the giant sea lion as he is nice to them. 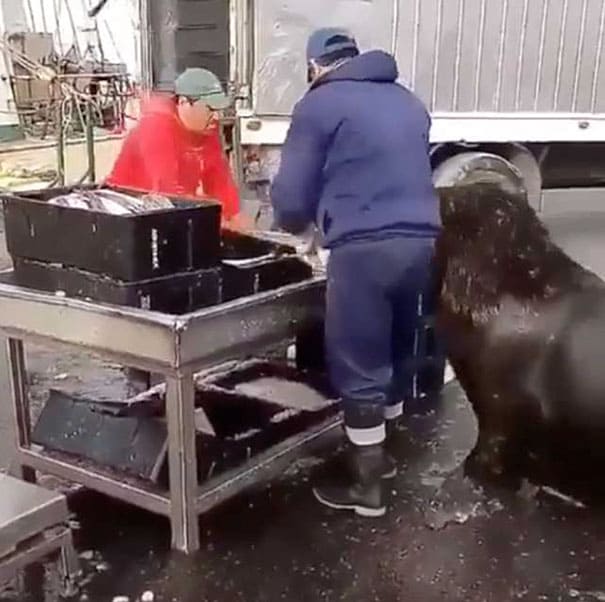 If you are looking for an adorable video of the sea lions, just give this a look.