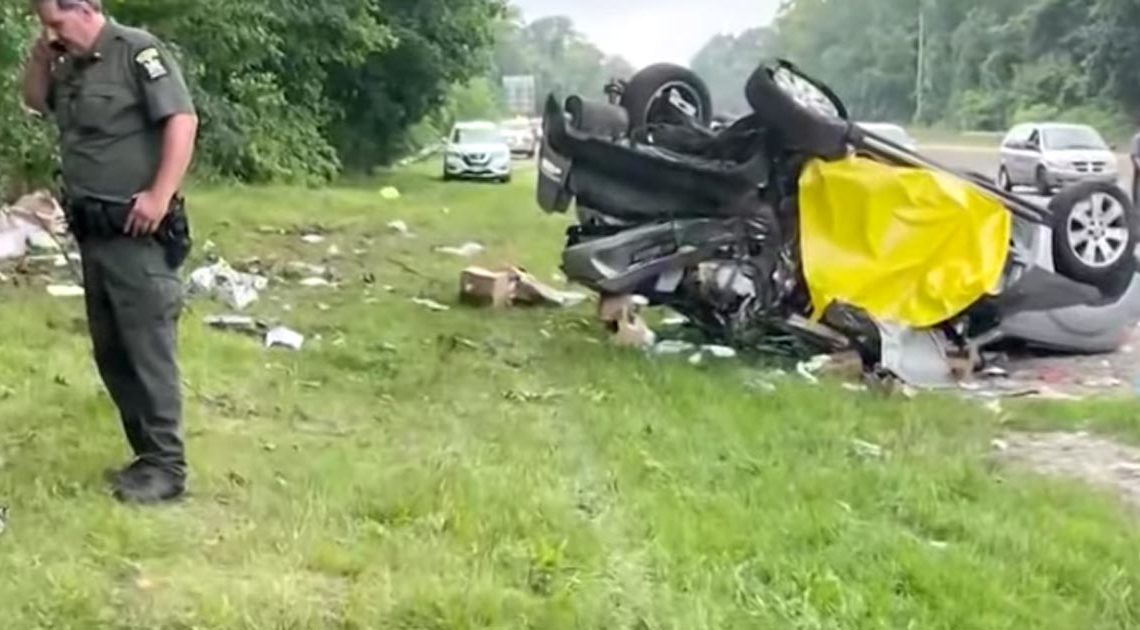 It’s a day that Carol Riggs will never forget. She and her daughter happened to be driving along the same parkway when they came across the crash and her daughter recognized her father’s car.

“She said to me, ‘Oh my god, that looks like Daddy’s car.’ And she said, ‘What is the license plate number?’ And as she was reading it, she starts yelling, ‘That’s Daddy, that’s daddy!’ And there was no way for us to get over there because there was traffic blocked all the way around us,” she said.

Carol called her son-in-law to get more information who confirmed it was her husband of nearly 52 years; he was dead in the vehicle at the time they passed, as per NBC New York.

“He was the kind of person that would have jumped out of his car, to help somebody in this situation. We lost a special man, we will never get him back,” Carol said, as per News12.

Police said the crash involved a white Jeep Grand Cherokee and a Range Rover that was later determined to have been stolen. The crash happened after the two cars tried to pass in between two other vehicles – a Toyota Prius and Riggs’ car. 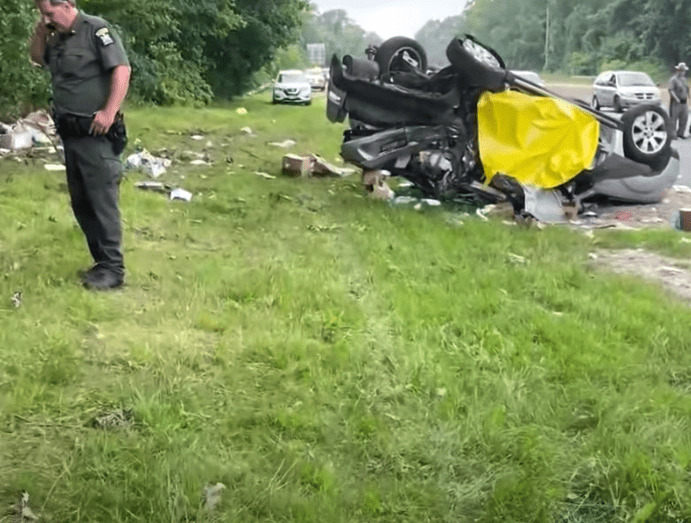 The collision caused his car to hit a tree and flip over and the Prius hit a cement jersey barrier. Riggs died at the scene, State Police said, as per NBC New York.

Two people from the stolen Range Rover were seen being picked up by the Jeep before fleeing the scene, police said, as per News12.

Riggs, who worked as a salesman, leaves behind a wife, three daughters and four grandchildren.

Carol says she can’t get the image of her husband’s overturned car out of her head and is pleading with the public to come forward with any information that could help catch those responsible.

I hope the culprits are found soon and brought to justice to help this family have some closure and heal. Please share.