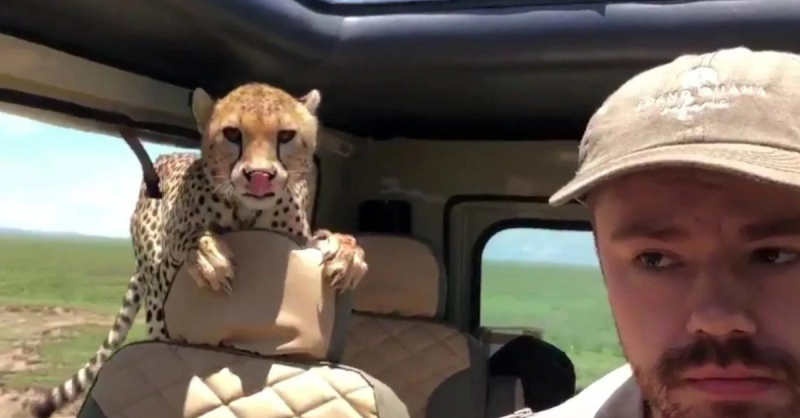 Getting face-to-face with a wild cat is definitely the ultimate goal for any safari-goer, yet this man got more than he bargained for, after a cheetah got a bit too close for comfort.

As the feline suddenly jumped into their jeep, the tourists can’t help but striving to keep their calm. The incredible moment was caught on camera and it’s nothing short of nail-bitting!

Wildlife photographer Peter Heistein and his stepson Britton Hayes were leading a safari group through the Serengeti National Park in Tanzania, when a cheetah climbed into their car. While Heistein filmed the incredible scene, Hayes is hardly trying to keep his calm as the wild cat comes inches close to him. 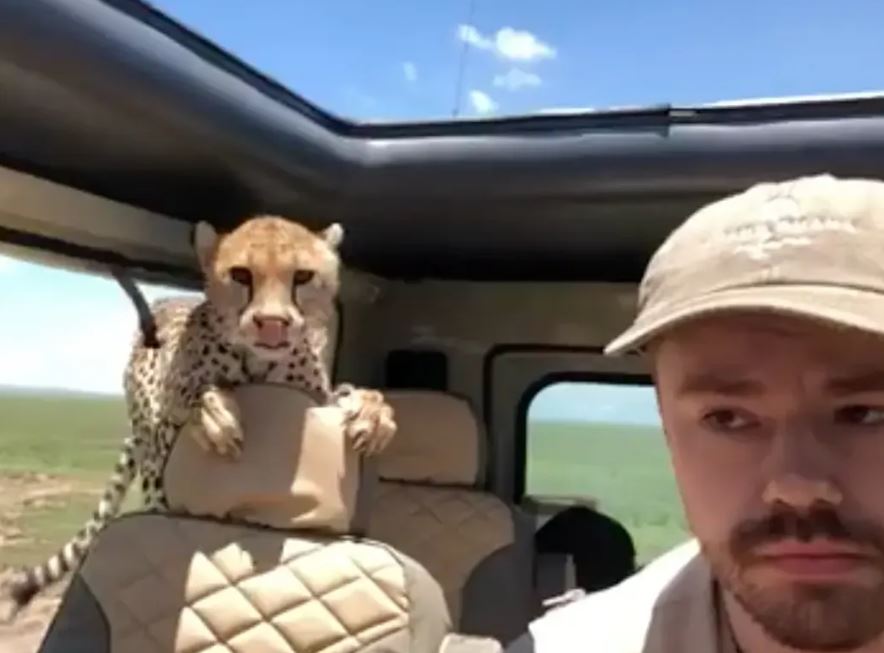 “We were all watching the cheetah in the front and one of the brothers had flanked around the back and hopped in back of the vehicle,” Hayes told Komo News. “He came to sniff us and make sure that we weren’t a threat.”

Even though the moment lasted a few moment, it felt like an eternity for Hayes, who credits the tour guide for helping him to remain calm during the unexpected experience. 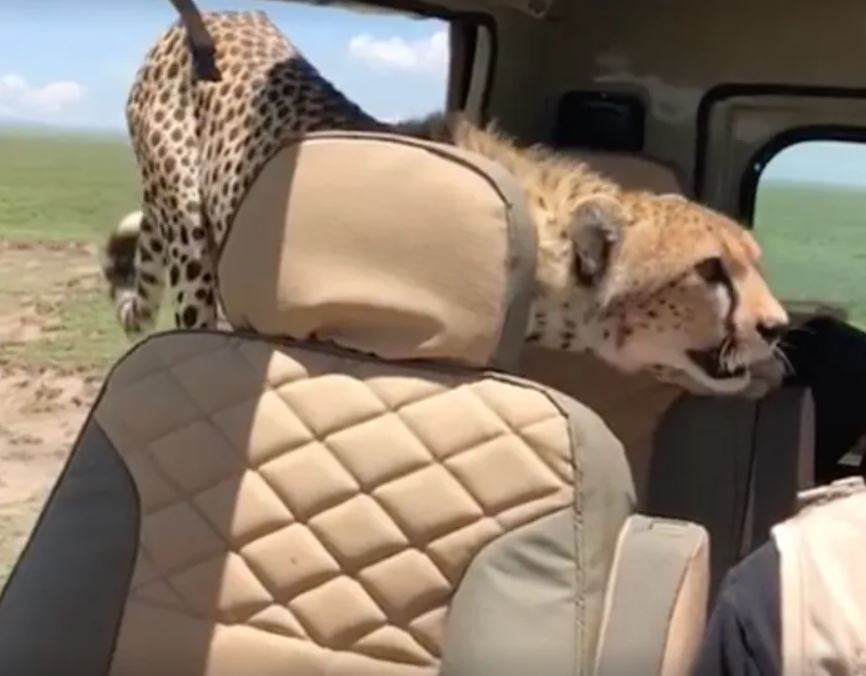 “Alex[the guide] made sure I never made eye contact nor startled the cheetah, allowing the animal to see that it could trust us,” the man explained “I felt like I had to clear my mind of any thoughts because from everything you’re told about predators like that, they can sense fear and any sort of discomfort you’re feeling and they’ll react accordingly.” 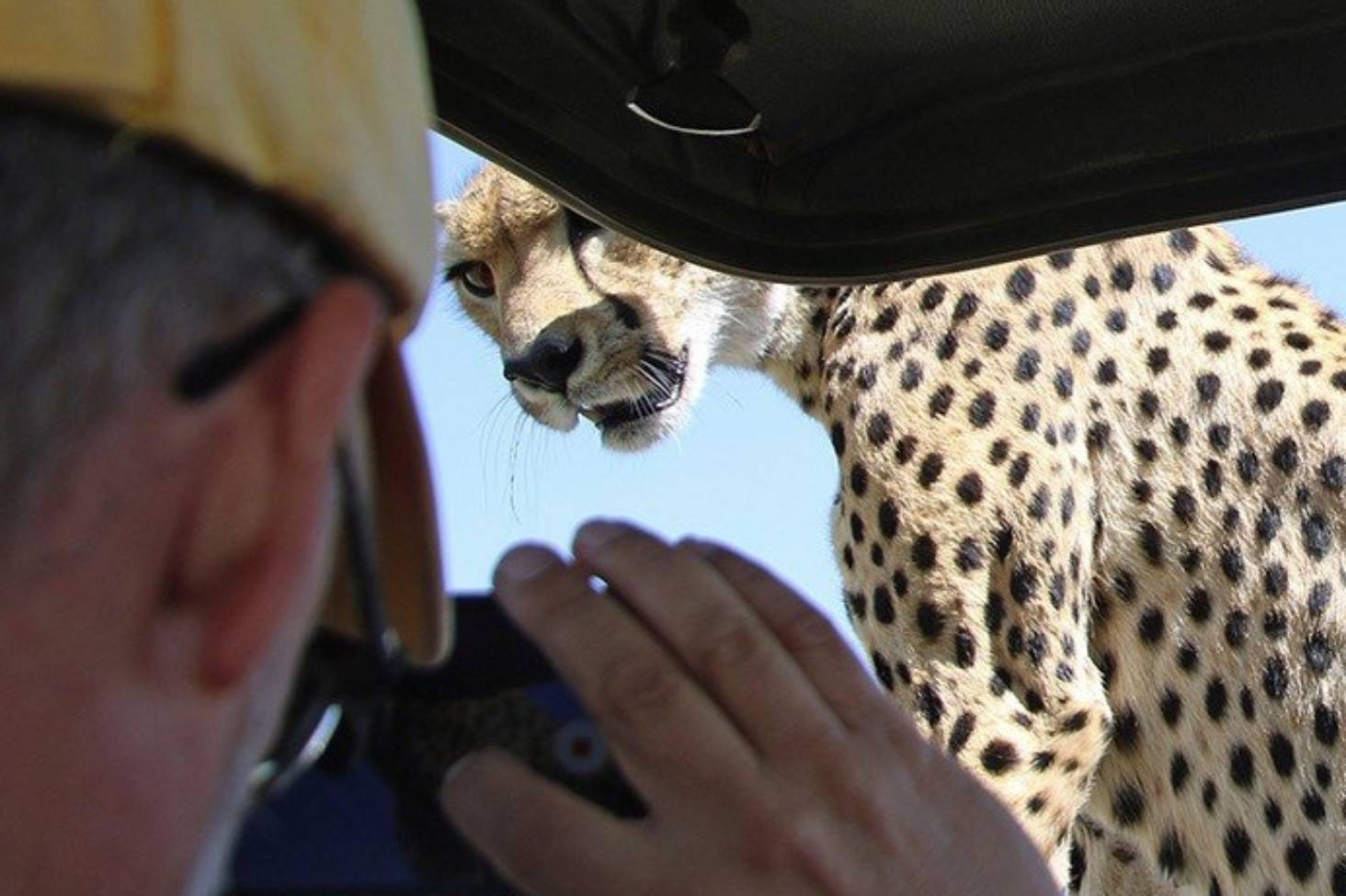 After inspecting the car for nearly a minute, the curious feline lost his way into the savanna. Thankfully no one was hurt, after the tourists even laughed about the experience moments after. 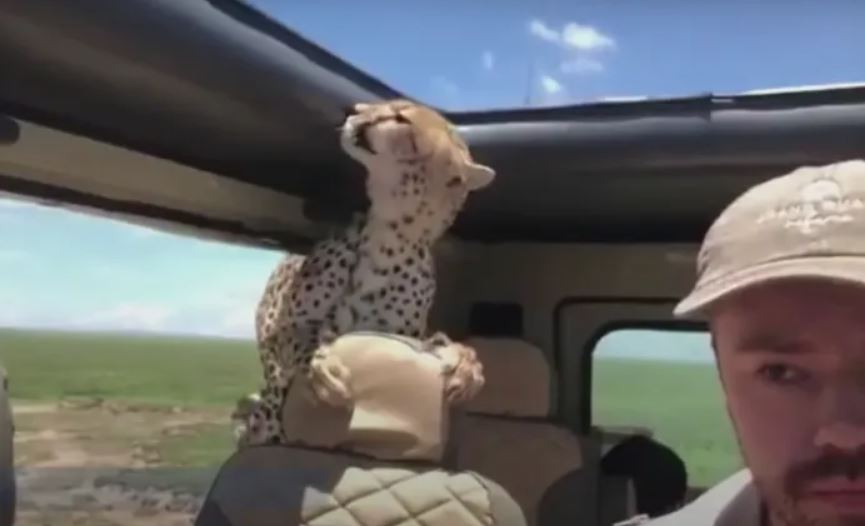 “Honestly, it was probably one of the scariest moments of my life while it was happening. I was scared to death, but I’ve never felt more alive,” Hayes said. “Everyone in the car just looked at each other, we paused for 10 seconds as the cheetahs walked away and we couldn’t believe that we got out of the situation, that it was real.”